Turkey condoles with Canada over helicopter crash, aids in search and rescue operation 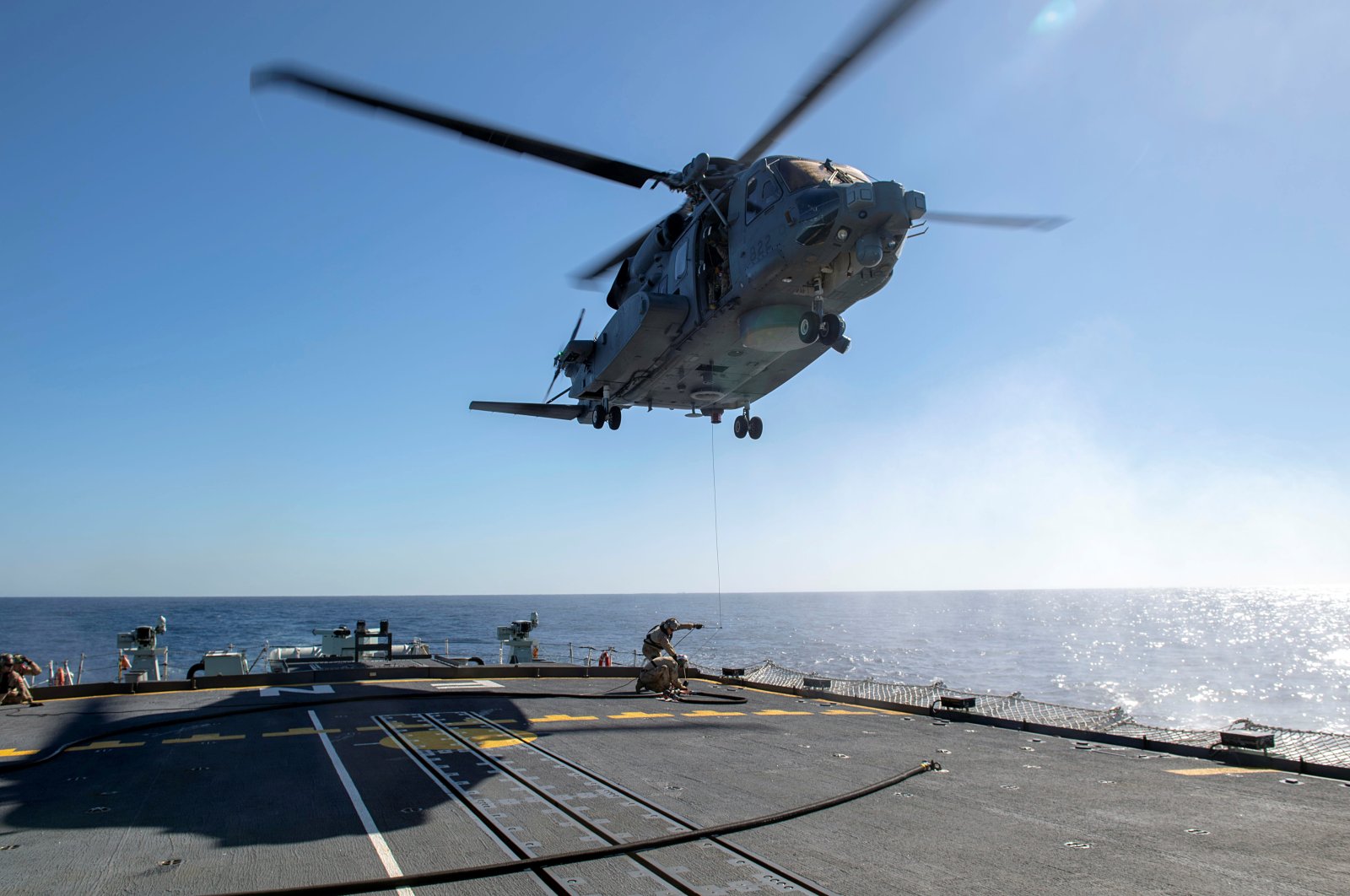 Air detachment members aboard HMCS Fredericton attach a fueling hose on the hoist cable of a CH-148 Cyclone helicopter during Operation Reassurance at sea Feb. 15, 2020, in this picture obtained from social media. (REUTERS Photo)
by DAILY SABAH
May 01, 2020 12:47 pm

Turkey on Thursday extended condolences to Canada after a military helicopter operating off a Canadian frigate crashed into the Ionian Sea, leaving one crew member dead and five others missing.

Italian and Turkish vessels were helping in a search and rescue operation after the helicopter disappeared over the Ionian Sea, the Defense Ministry in Ankara stated.

“Search for the Canadian Frigate FREDERICTON helo in Ionian Sea continues since last night. TCG SALIHREIS and Turkish Naval Helo as part of NATO SNMG-2 are continuing search and rescue operations in vicinity of the crash site,” the ministry tweeted.

“TCG SALIHREIS is part of the rescue operations to recover the Canadian helicopter crew. Our sympathies to our ally Canada,” Foreign Minister Mevlüt Çavuşoğlu said.

By early evening there was still no sign of the helicopter, deployed onboard a Canadian warship. The helicopter disappeared nearly 24 hours earlier during a NATO exercise west of the Greek island of Kefalonia. The Canadian frigate was part of a standing NATO maritime mission.

Gen. Jonathan Vance, Canada’s top military official, said the ship lost contact with the aircrew on Wednesday evening and that flares were spotted from the water minutes later. Vance said flares would have been automatic when it ditched.