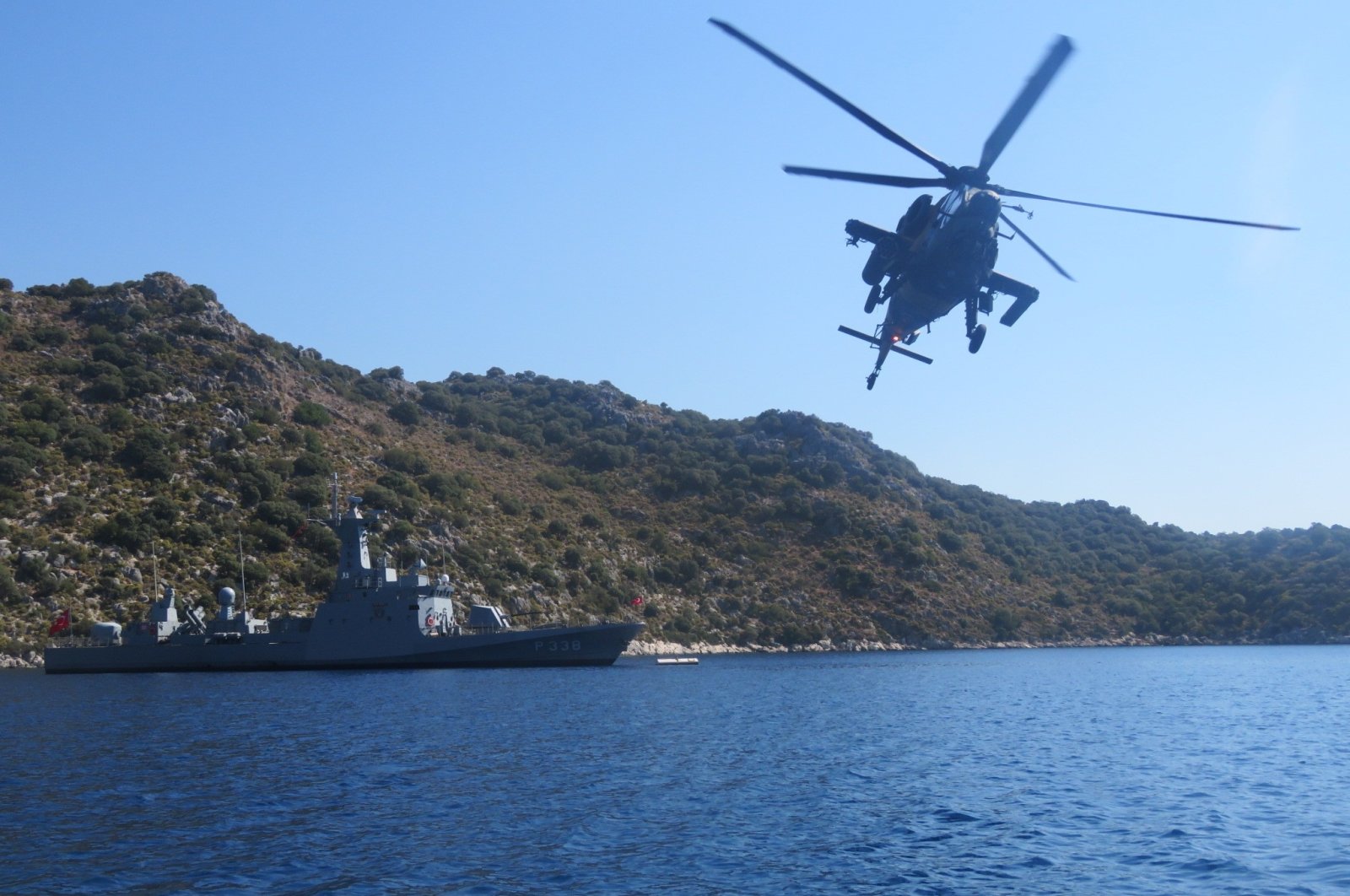 Turkey on Thursday conducted military exercises in both the Mediterranean and the Aegean seas, the Defense Ministry announced.

“Turkish Navy Fast Patrol Boats and Turkish Army Attack Helicopters have continued their joint training in the Eastern Mediterranean and the Aegean Sea,” the ministry said in a statement.

Tensions have been running high for weeks in the Eastern Mediterranean as both Turkey and Greece have been conducting military maneuvers in the area. On Thursday, France was set to join Italy, Greece and the Greek Cypriot administration in three-day air and sea military exercises in the region. Greek military officials said Thursday the United Arab Emirates (UAE) has sent four fighter jets and five military transport planes to an airbase on the island of Crete for joint training with Greek forces.

The Turkish government disputes Greece’s claim to exclusive rights, arguing that islands should not be included in calculating sea boundaries between countries.

As Turkey on Thursday extended its Mediterranean gas exploration mission and ordered new navy drills, Greece responded by ratifying a contentious maritime agreement with Egypt that Turkey blames for starting the latest chapter of the restless neighbors' old dispute over rights to resource-rich seas.

The Turkish navy said it was prolonging the stay of the Oruç Reis and its accompanying warships in waters claimed by Greece by an extra five days to Tuesday.

It also announced plans to hold military exercises at the edge of its territorial waters in the northeastern corner of the Mediterranean next Tuesday and Wednesday.

"We are determined to protect our rights," Defense Minister Hulusi Akar said.

Later in the day, the Greek parliament ratified the exclusive economic zone (EEZ) agreement with Egypt that lays claim to waters Turkey considers its own.

An increasingly agitated Germany said ahead of an EU foreign ministers' meeting on the crisis in Berlin that both countries had to end their naval drills if they really wanted a peaceful solution to the dispute.

"The preconditions for (direct negotiations) are that these maneuvers in the Eastern Mediterranean are stopped," German Foreign Minister Heiko Maas said after completing a round of diplomacy in Athens and Ankara this week.

Maas' comments came ahead of discussions in Berlin on Friday by EU foreign ministers, who will try and persuade EU-member Greece and its much larger NATO ally and neighbor Turkey to pull back from the brink of conflict.

Maas, who visited both Athens and Ankara on Tuesday, stressed the need to “create the conditions for Turkey and Greece to resolve their problems directly with each other.”

U.S. President Donald Trump on Wednesday held separate calls with the leaders of Greece and Turkey. NATO Secretary-General Jens Stoltenberg said Thursday he was in “constant contact” with Athens and Ankara.