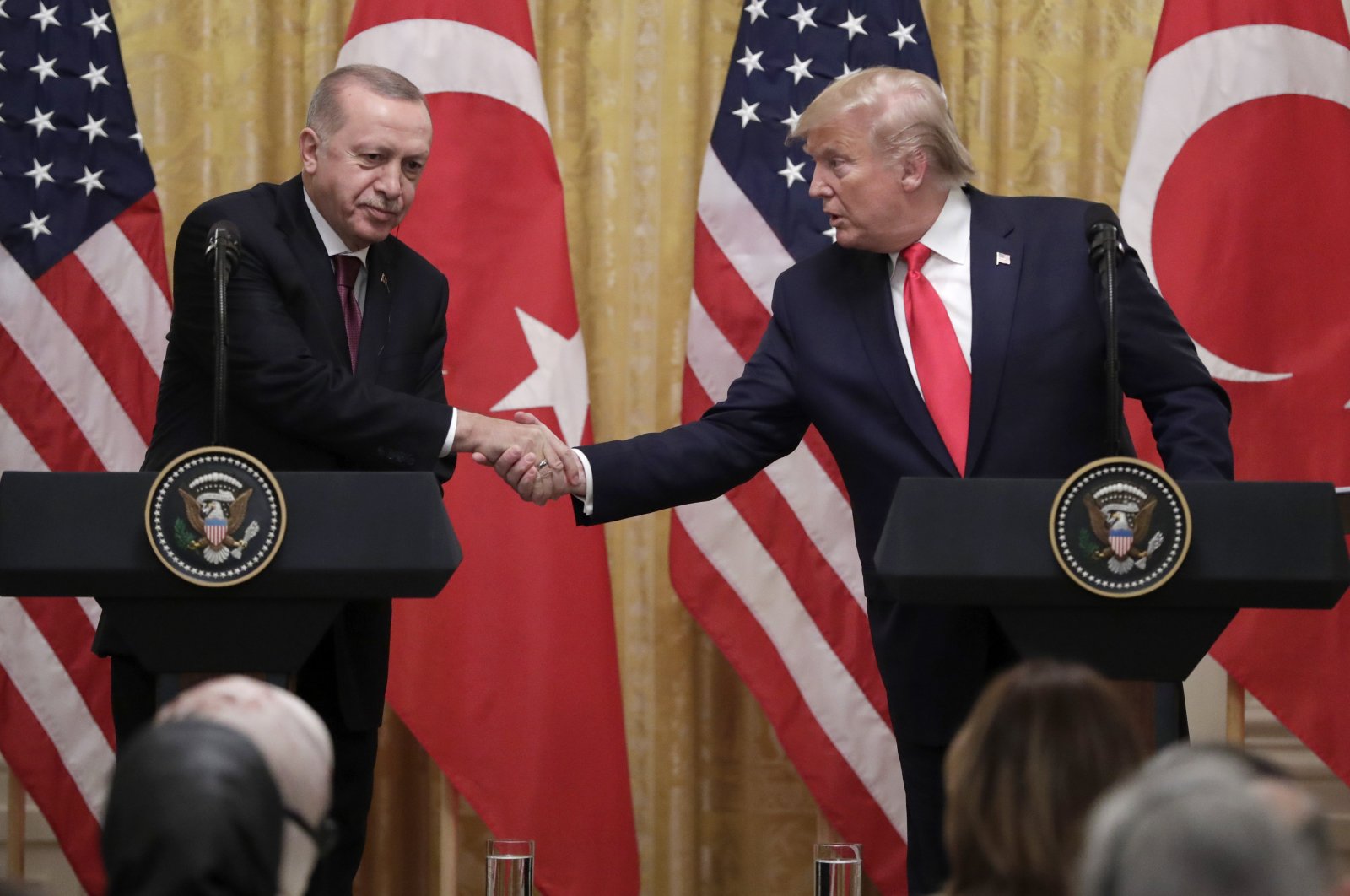 President Recep Tayyip Erdoğan shakes hands with President Donald Trump during a news conference in the East Room of the White House, Wednesday, Nov. 13, 2019, in Washington. (AP Photo)
by DAILY SABAH WITH AGENCIES Jun 25, 2020 9:28 am
Edited By Eralp Yarar
RECOMMENDED

"We find it reprehensible that former high-level officials attempt to use serious diplomatic conversations and efforts to resolve outstanding issues between allies like the U.S. and Turkey for their domestic political agendas," said Fahrettin Altun, alluding to Bolton.

"It is clear that the goals of these mischaracterizations and falsehoods are driven by domestic political considerations as well as personal gain," he asserted.

Stressing that Erdoğan and Trump put great effort into repairing their countries' relations despite "deep differences" in policies and "some hostile voices toward Turkey in Washington," he went on to say that Trump had done a lot more listening to NATO ally Turkey compared to some of the previous U.S. administrations.

"We are confident that the US-Turkey relationship will survive such efforts and even thrive in the end. President Erdogan will continue his frank, honest and straightforward conversations with US President Donald Trump," he said.

In his book, Bolton wrote that Erdogan gave Trump a memo saying Turkish state lender Halkbank, under investigation by the office of the U.S. Attorney for the Southern District of New York for violating Iranian sanctions, was innocent.

“Trump then told Erdogan he would take care of things, explaining that the Southern District prosecutors were not his people, but were Obama people, a problem that would be fixed when they were replaced by his people,” Bolton wrote.
Geoffrey Berman was forced to step down as U.S. Attorney for the district last weekend. The office has also been investigating Trump’s personal lawyer, Rudolph Giuliani.

The lender in late March pleaded not guilty to the charges in a federal court in Manhattan. The plea was entered by the bank's U.S. lawyer at a hearing conducted by teleconference because of the coronavirus pandemic.

The case accused Halkbank of using money servicers and front companies in Iran, Turkey and the United Arab Emirates to evade sanctions through sham transactions in gold, food and medicine.