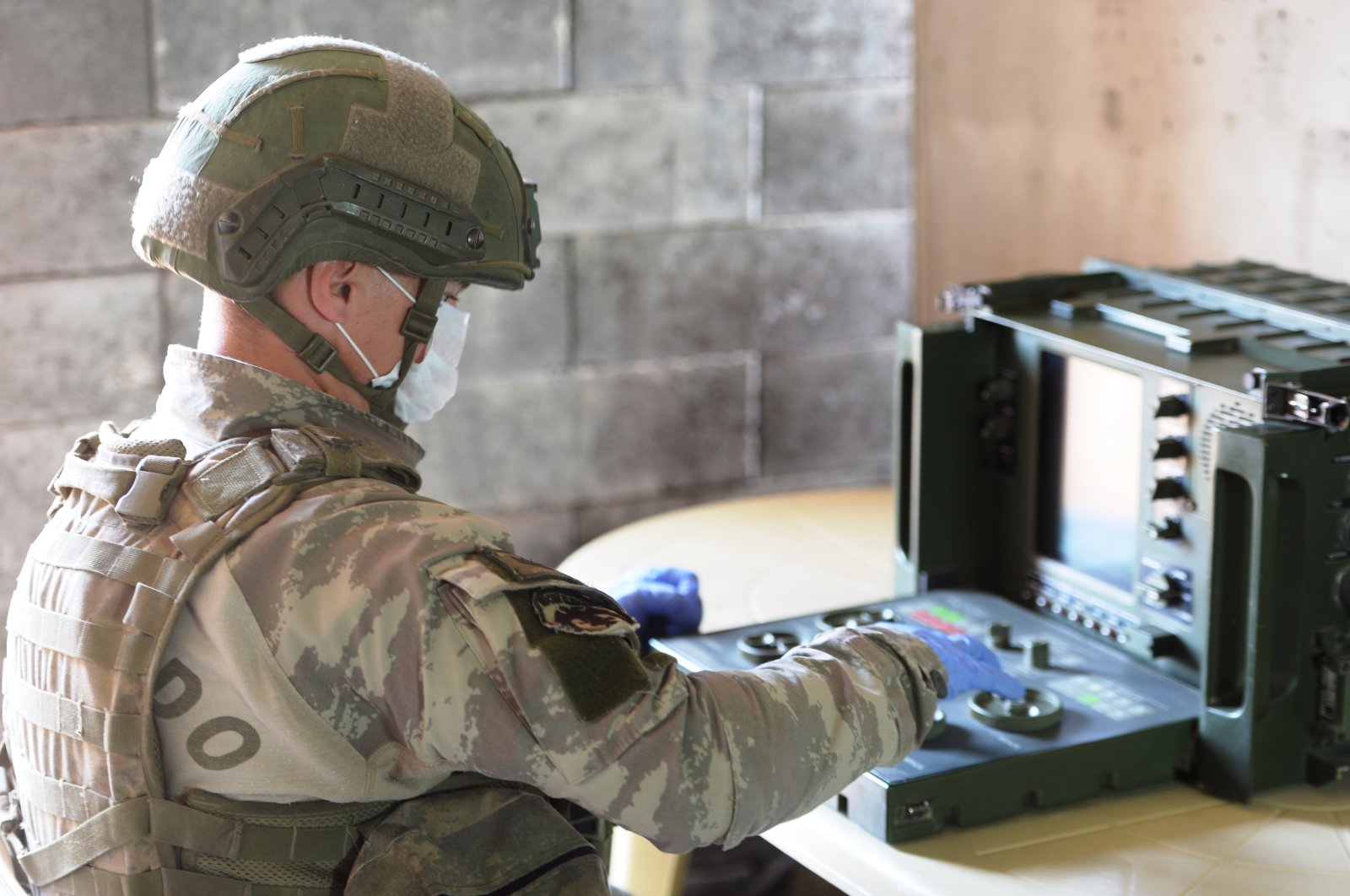 Several high-ranking terrorists were killed and a cave was destroyed in the operations, carried out in Turkish, Syrian and Iraqi territories.

"In addition to the three terrorists who were killed three days ago in the countryside of Bitlis, two more terrorists have been killed today. The operations are underway," Suleyman Soylu said on Twitter.

Turkey has killed several high-ranking terrorists in the eastern province of Bitlis, including the three militants that Soylu mentioned.

One of the terrorists killed in the operations was identified as Veysel Kaya, nom de guerre "Mazlum Garzan," who was responsible for a string of terrorist attacks against Turkish security forces.

Another terrorist was identified as Ahmet Korhan, nom de guerre "Serhat," a high-ranking terrorist on Interior Ministry's Most Wanted list.

Meanwhile, in an operation in northern Iraq, Turkish security forces destroyed a large cave that was being used as a hideout by PKK terrorists.

"Another den belonging to the PKK terrorist organization has been destroyed," the Turkish National Defense Ministry said on Twitter, sharing a video showing inside of the cave and the moment of destruction.

"The den, which has three rooms and is large enough to shelter at least 20/25 PKK terrorists, in Iraq’s Hakurk region has been made unusable," it added.

Meanwhile, in Syria’s Rasulayn, a PKK terrorist, who tried to infiltrate a civilian-populated area, was killed.

The Ministry of Defense said the militant tried to infiltrate into civilian areas on his motorbike. But when he tried to escape a checkpoint, the bomb he was carrying exploded, killing him on the spot.

In its more than 30-year terror campaign against Turkey, the PKK – listed as a terrorist organization by Turkey, the U.S. and the European Union – has been responsible for the deaths of 40,000 people, including women and children. The YPG is the PKK’s Syrian offshoot.