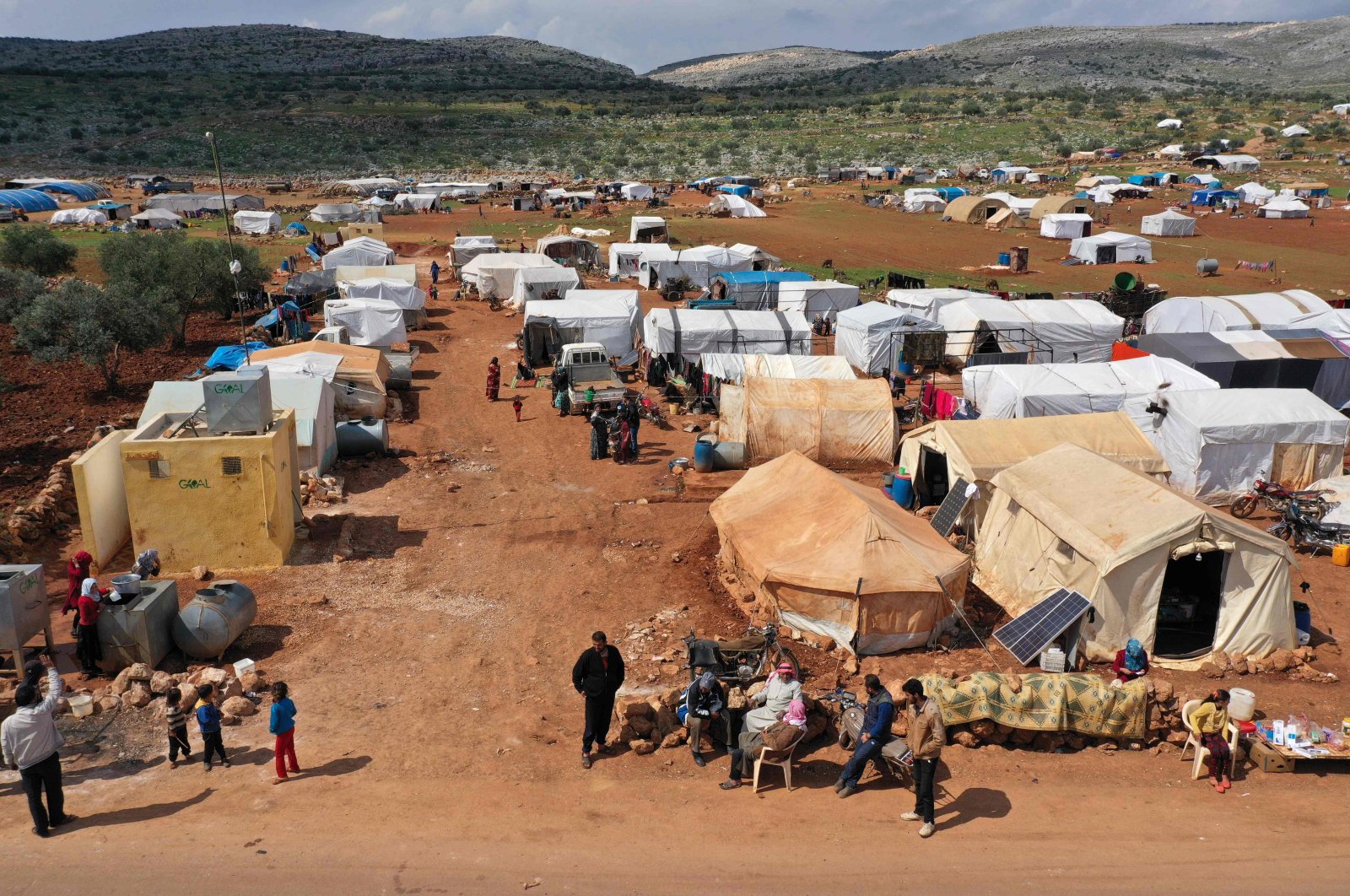 International organizations, including the EU and NATO, have failed Turkey in its struggle in Syria and in handling the refugee crisis, though the country expects more support from them as a long-time partner

Being a member of the organization for almost 70 years, Turkey expects NATO to be more effective in Syria in order to ensure security in the war-torn country.

"NATO should have used its power to provide peace and establish safe zones in Syria and Idlib," said Hakan Çavuşoğlu, Parliament's Human Rights Commission head, adding that instead, the organization has focused on stopping migrants from crossing to Europe.

Speaking to Anadolu Agency (AA) on Monday, Çavuşoğlu criticized the organization's stance toward recent regional developments while underlining that Turkey has been left alone both in handling the refugee burden and establishing stability in northern Syria.

He highlighted the still ongoing threat of a new flow of 3.5 million refugees displaced in Idlib due to Syrian regime attacks and underlined that it is not possible for Turkey to take take care of this problem alone.

"Turkey offered to establish a safe zone in Syria that is also a no-fly zone for refugees, and yet no one took the responsibility and made an initiative to do so," Çavuşoğlu expressed, referring to NATO countries' indifferent attitude throughout the process.

Joining the organization back in 1952, Turkey saw NATO membership as something that would make a positive contribution to the country's economic, military and political development. Since then, Turkey has been a vital ally, providing NATO a connection to the East and control of Turkey's straits.sor

Turkey has been criticizing NATO for its failure in recognizing the country's legitimate security concerns and acting as a proper ally.

Recently, tensions between Ankara and NATO heightened after Turkey launched an operation in Syria to secure its borders from terrorist elements. Turkey launched Operation Peace Spring on Oct. 9 to eliminate all terrorist groups from northeastern Syria and create a safe zone along the border, paving the way for the voluntary return of Syrian refugees.

Several NATO members, including the U.S., France and Germany, criticized the operation, expressing concerns over a potential humanitarian crisis and wider instability in the region, ignoring Turkey's needs for support for its security.

He stated that as the human rights commission of Parliament, they visited migrants on the border and examined their conditions. Çavuşoğlu added they are currently working on a report on their observations.

"Turkey, by sticking to its open-door policy, continues to host our Syrian brothers in accordance with the international role and its historical mission. Turkey has been an exemplary model for the world by acting in accordance with the principles of international law, with an open-door policy, meeting the basic demands of the refugees and the ban of resending the refugees," he said. The country not only hosts 3.6 Syrian refugees but also other refugees coming from various other countries, he noted.

Even though the ultimate goal for many Syrian refugees is to reach more developed northern European countries like Germany and the Netherlands – as Turkey is already hosting nearly 4 million refugees, making job opportunities hard to come by – Turkey has proven to be a safe haven throughout nearly a decade since the civil war within its southern neighbor's borders began.

The marked difference between the treatment of refugees by Turkey and by European countries, principally Greece, becomes more and more evident by the day.

Ankara has repeatedly urged Greece to stop illegal pushbacks, but Athens denied engaging in the practice.

According to Çavuşoğlu, Greece has to provide a safe crossing for the migrants on its border in accordance with international human rights laws, refugee policies of the EU and the Geneva Convention.

"When we were inspecting the border, we witnessed the use of pressure water, sound and mist bombs, pepper spray, rubber bullets and even the real bullets by the Greek border guards. There were about 5,000 migrants on the border, and mist bombs were being dropped every 10 minutes," he said. Çavuşoğlu continued by stating that when they spoke with the migrants, they learned that even if some of them have managed to cross the border, they got arrested, beaten and sent back to Turkey.
"These human rights violations have become systematic now," he emphasized.

In Çavuşoğlu's opinion, the EU also has become a part of these violations since it sends its border protection troops to the border rather than preventing Greece from acting this way.

"We know from our interactions with the migrants that some of them are waiting on the border with the belief that one day the asylum will be provided for them. Turkey would not have a forced stance over either the crossings or non-crossings of the migrants. We do not prevent migrants who want to go and the ones who want to stay in Turkey freely to return," he added.

Continuing to detail his observations about the migrants waiting on the border, Çavuşoğlu said: "Turkey, as always, has seen success in its humanitarian efforts. Turkey established a field hospital there. There was an ambulance waiting. The food was being distributed, and the needs of the migrants were trying to be met. Including portable toilets, Turkey has done more than what it was supposed to when it comes to providing humanitarian needs."

Emphasizing that criticism claiming that Turkey has been using migrants as a tool of "blackmail" is far from the truth, Çavuşoğlu reiterated that Turkey is the country with the highest number of refugees and has proved itself in recent years when it comes to humanitarian aid.

"In accordance with the migrant deal with the EU, Turkey was supposed to take 6 billion euros ($6.45 billion). EU provided 3.5 billion euros of this through projects. The rest is still yet to come. Turkey has surpassed its capacity to host refugees and is left alone in this issue. EU sees the refugee problem as if it is an issue to be handled outside of the EU. However, the refugee problem is the problem of the whole world. We need to approach the issue with this perspective," he underlined.

Turkey has intercepted 1.2 million irregular migrants and over 27,000 human traffickers over the past five years, according to data by the Directorate General of Migration Management.

Turkey currently hosts 3.7 million Syrian refugees, more than any other country in the world.

The country has been praised by many officials for its efforts to assist disadvantaged peoples, especially Syrian refugees.

As one of the few countries hosting more than 50% of the world's refugees, Turkey has been "exemplary" in its response to the migration crisis, the U.N. has said.

Çavuşoğlu further highlighted that Turkey not only assists refugees but also fights a series of terrorist groups, particularly the PKK/YPG and Daesh, all of which threaten the country's national security.