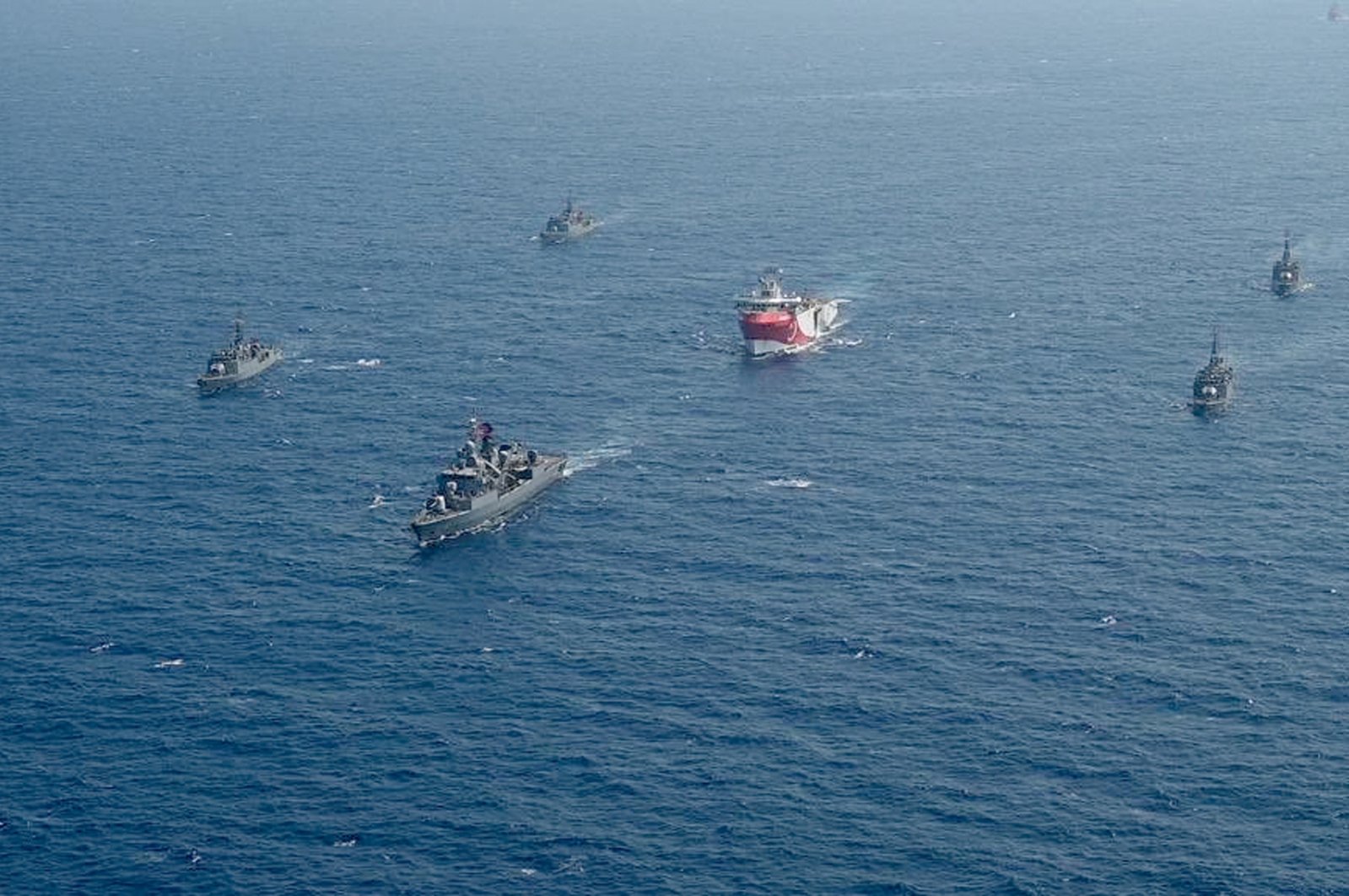 Turkey's research vessel, Oruç Reis, center, is surrounded by Turkish navy vessels as it was heading in the west of Antalya on the Mediterranean, August 10, 2020. (AP Photo)
by Daily Sabah with AP Aug 24, 2020 1:33 pm
RECOMMENDED

Turkey on Monday said that its navy will carry out a military exercise south of the Greek island of Crete in the Eastern Mediterranean on Tuesday, hours after Athens announced it would also conduct a navy and air force exercise in the region where Ankara is prospecting for oil and gas, as the uneasy neighboring countries remain locked in a dispute over offshore energy rights.

"Turkish and allied navy ships will conduct maritime trainings at eastern Mediterranean on 25 August 2020 in order to promote coordination and interoperability," the National Defense Ministry said on Twitter.

Greece on Monday said the live-fire exercises would start Tuesday and end Thursday, southeast of the Greek island of Crete.

Turkey’s Oruç Reis research ship is surveying for oil and gas in the area, escorted by warships. Turkey announced Sunday the seismic vessel would be continuing work through Aug. 27.

German Foreign Minister Heiko Maas is due in Athens and Ankara on Tuesday to try and revive de-escalation talks between senior Greek and Turkish officials, an initiative started in July but broken off by Turkey several weeks later after Greece announced a deal with Egypt.

According to the U.N. Convention on the Law of the Sea, while a country is able to stretch its territorial waters only 12 nautical miles out to sea when it comes to an exclusive economic zone (EEZ) in which it has rights to fishing, mining and drilling, the area can extend for an additional 200 miles. However, if the maritime distance between the two countries is less than 424 miles, a bilateral deal is needed to determine a mutually agreed-upon dividing line of their respective EEZs.

Greece, on the other hand, claims that the islands also have their own EEZs, a claim that would reduce Turkey's own remarkably.