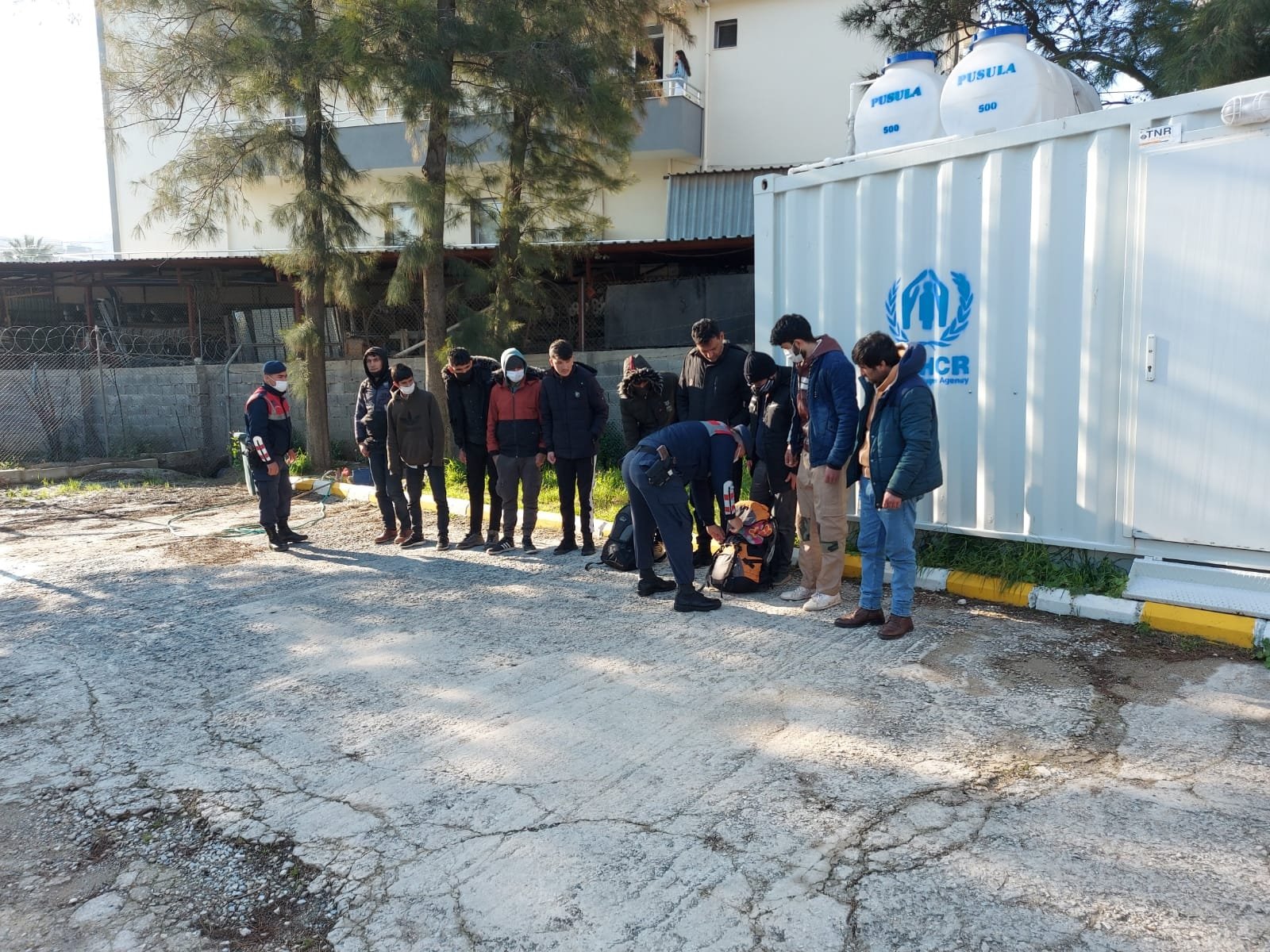 Ninety-seven foreign nationals who illegally entered Turkey were caught by gendarmerie forces in northwestern Istanbul and Tekirdağ provinces as well as in western Izmir province's Seferihisar and Urla districts. Two suspects were detained for organizing the illegal entries.

According to a statement by the Izmir Governorate, eight Somali, nine Congolese, three Afghan, one Yemeni, one Ethiopian, one Senegalese and five Djiboutian nationals were caught in Seferihisar while another 23 were caught in Urla in two vehicles.

The foreign nationals were sent to a repatriation center after processing.

Separately, another 35 foreign nationals were held in the Beyoğlu district of Istanbul, sources told Anadolu Agency (AA) on Wednesday.

Furthermore, a total of 11 foreign nationals, including eight Palestinians and three Syrians, were held in Tekirdağ. They were taken to local migration offices.

The driver of the vehicle, who is an Iraqi national and identified only by the initials M.A., was also arrested.

Concerns have risen over a possible spike in migrants from Afghanistan due to the United States pulling out of the country after two decades.

Turkey, which hosts around 4 million refugees, is currently implementing new security measures on its eastern border, including a wall along parts of the 300-kilometer (186-mile) border. Afghans are believed to be the second-largest refugee community in the country after Syrians.