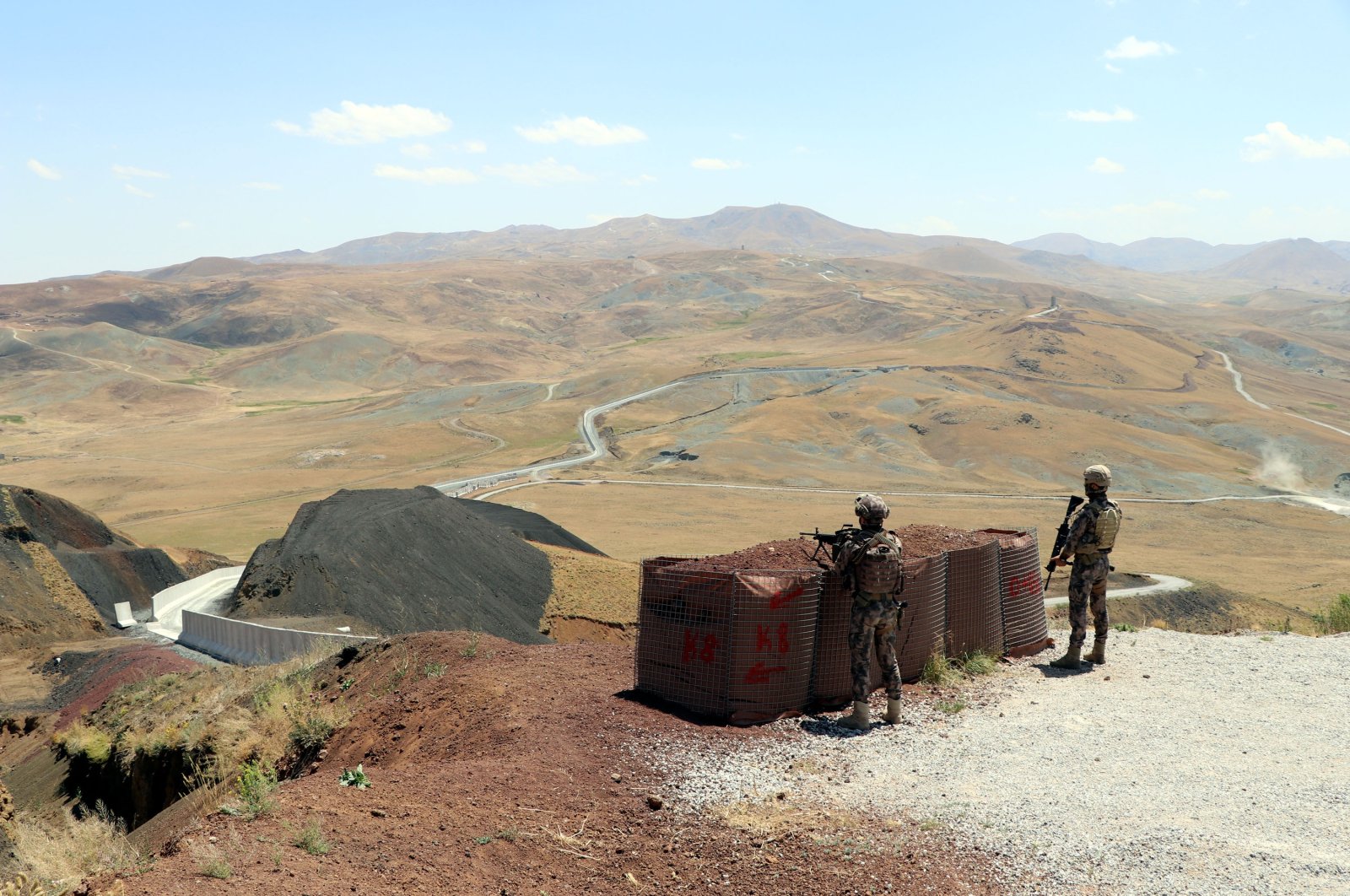 Thirty-three Afghan and Pakistani nationals were being held in different parts of Turkey after having illegally crossed into the country, security sources stated on Monday.

Gendarmerie teams in the Siverek district of the southeastern Şanlıurfa province learned that some foreign nationals were hiding in cornfields next to the Siverek-Diyarbakır highway.

The teams raided the fields and rounded up 28 Afghan and Pakistani nationals. They were fined TL 133,000 Turkish (over $15,000) in total, and referred to a local repatriation center.

Separately, another five people were held in the northwestern Kırklareli province.

Acting on a tip-off, gendarmerie teams intercepted the Afghan nationals in the Vize district and Çağlayık village. The migrants claimed they were beaten in Bulgaria and sent to Turkey. Later, they were referred to a local repatriation center.

Turkish Defense Minister Hulusi Akar said recently that surveillance at the Iranian border had been increased with additional troops, among other measures.

Turkey is embracing those fleeing death, ruling Justice and Development Party (AK Party) Spokesperson Ömer Çelik stated during the press conference of the AK Party Central Executive Board (MYK) late Monday. However, he said, Turkey will not allow this to be exploited.

“Turkey is no one’s refugee camp. No one should think of this geography as a concentration camp. We are a people that are embracing those fleeing death as we have been throughout history,” he stated.

Çelik’s comments came after the U.S. recently announced a plan to use third countries such as Turkey to resettle thousands of Afghans who risk being targeted by Taliban insurgents over their U.S. links. Washington’s plan was highly criticized by Turkish authorities.

Less than a month before the United States is set to end its longest-ever war, the State Department announced a new refugee admissions program for Afghan nationals.

The program covers interpreters and translators who worked with U.S. forces, Afghans involved with U.S.-funded projects and those employed by U.S.-based NGOs or media organizations.

It involves resettling the Afghans in third countries in the region for around a year while their paperwork is processed.

But Turkey, which is already home to more than 4 million migrants – most from war-torn Syria – said it was never consulted.