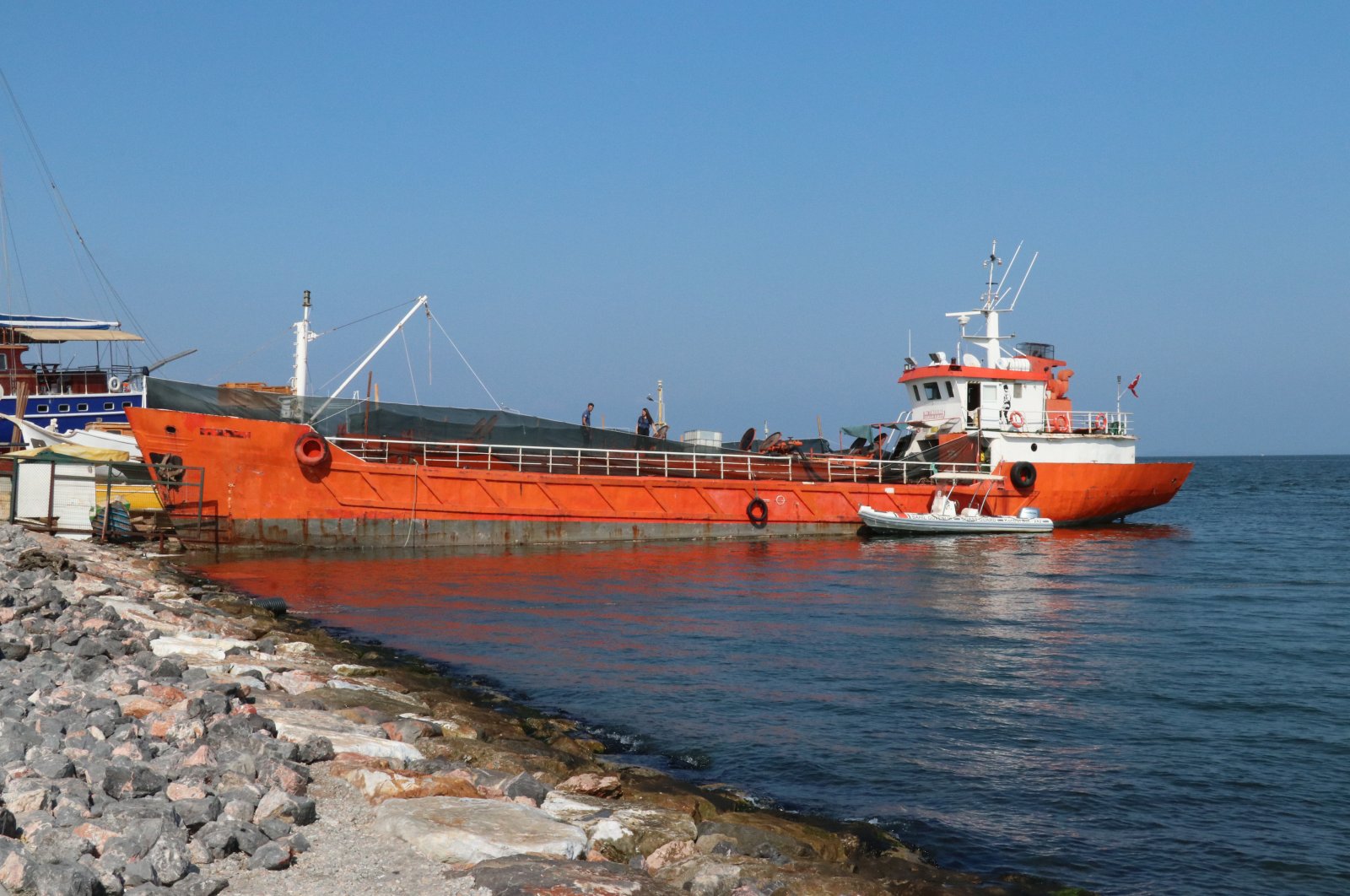 Migrants and asylum-seekers headed to Europe were found on this boat in Turkey's western Izmir province, July 7, 2020 (AA Photo)
by DAILY SABAH WITH AA Jul 07, 2020 10:29 am
Edited By Eralp Yarar
RECOMMENDED

Police intercepted 276 migrants and refugees trying to reach Europe off the Izmir coast in western Turkey and detained eight suspects, according to media reports Tuesday.

Acting on a tip-off, Izmir police rounded up a total of 276 migrants, including asylum-seekers, on a boat off Narlıdere coast, while eight others were arrested over allegations of being smugglers.

During the operation, police squads found at least 46 women and at least 59 children in a closed and air-tight compartment on the boat. Some of the people evacuated from the boat had difficulty breathing.

They added that the Greek coast guard did the same thing to a rubber boat carrying 29 people off the coast of Aslan Burnu in Izmir.

All of the people on board the boats were transferred to the provincial immigration authority.

Ankara earlier this year changed its policy on irregular migrants and opened its gates for those wanting to cross to Europe, accusing the European Union of failing to keep its promises under a 2016 migrant deal.

Greece's response to those trying to enter the country without prior authorization has been harsh, with at least three migrants killed by Greek security forces along the land border with Turkey. Many others have been battered and teargassed.

Turkey already hosts over 3.5 million Syrian migrants, more than any other country in the world, and says it cannot handle another wave.