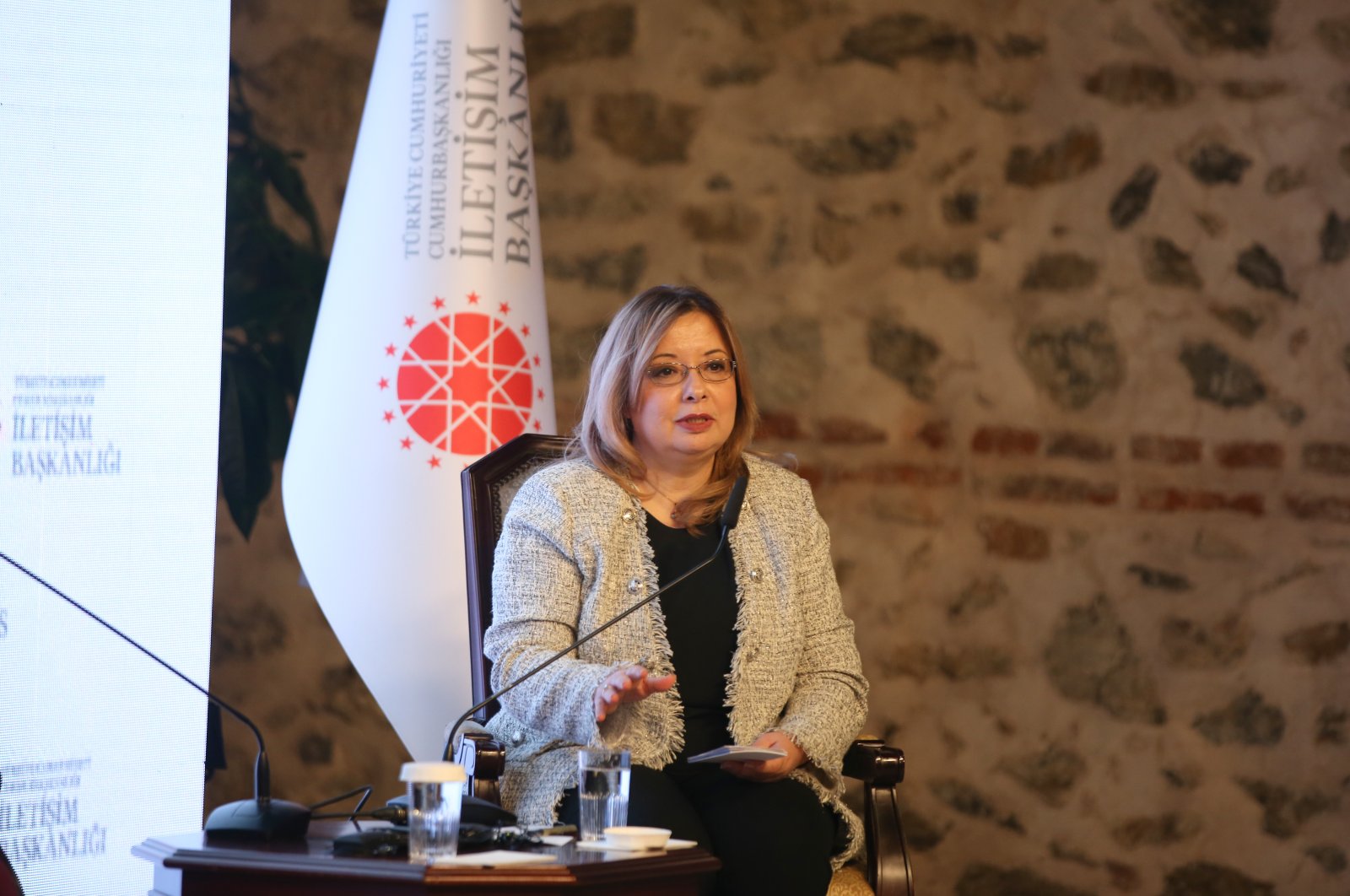 Turkey is currently the only NATO member that adheres to the dual-track policy of the alliance toward Russia, with firm deterrence along with meaningful and strong dialogue, officials said Thursday during an international conference on the latest developments regarding Syria’s last opposition-bastion, Idlib.

Senior Presidential Adviser Gülnur Aybet said during the conference held in Istanbul – organized by the Presidency’s Communications Directorate – that Turkey is on the ground in Idlib to protect civilians from the Russia-backed Bashar Assad regime’s attacks, and to prevent a refugee flow into the country which is already home to over 3 million Syrian refugees, and that is a means of “deterrence.”

The country is also in a continuous dialogue with Russia – the main backer of the Assad regime – on the highest level, Aybet said, referring to the meeting between President Recep Tayyip Erdoğan and his Russian counterpart Vladimir Putin, which was due to be held in Moscow on Thursday.

Aybet said Ankara’s priority is a cease-fire that will be the first step to find a solution to end the humanitarian suffering and make the regime comply with the cease-fire agreement especially regarding the areas where Turkish observation posts are located.

The two leaders were set to discuss the recent developments in Syria, including cease-fire violations in the Idlib de-escalation zone, a stronghold of opposition forces in the war-torn country.

The U.S. special envoy for Syria James Jeffrey, who also spoke at the conference, said Turkey has been making a great effort in both deterring Russia and continuing dialogue, adding that he hopes the bilateral meetings between Erdoğan and Putin will result in a cease-fire for Idlib.

Jeffrey said that Turkey alone is not responsible for preventing what is happening in Syria but the U.S., the Arab world, the European Union and NATO also need to share the burden. He noted that the situation may lead to consequences at regional and international levels if concrete action is not taken.

The escalation in Idlib has recently gained momentum, especially after the attacks by the Assad regime resulted in the deaths of more than 36 Turkish soldiers, besides hundreds of civilian casualties and the influx of asylum seekers since the September 2018 agreement between Turkey and Russia to turn Idlib into a de-escalation zone where acts of aggression are expressly prohibited.

Aybet went on to say that although NATO was actively involved in preventing escalations in the north, including Russia’s military intervention in Ukraine, and in the east, the alliance has not been responding in the same way to what is currently happening in Syria, and particularly in Idlib, where millions of more people are at risk of becoming refugees.

The “The West's inconsistent policy towards Russia also contributed to the situation in Syria,” she said, saying that the process is leading to confusion and double standards, which creates a deadlock for the solution of the problem.

“The EU has been muddling through in this whole crisis,” Aybet said, highlighting that the EU thinks the problems will be solved if they “throw in some funds.” She noted that the bloc tried this with Turkey and is now doing the same thing with Greece.

The EU's reaction to the crisis in Syria and refugee problem deepens day by day as Turkey has recently opened its doors to the Greek border, as the country has been hosting almost 4 million refugees for some nine years now and cannot handle a new flow of refugees coming from northwestern Idlib.

EU countries have been discussing this issue for three years; however, no concrete steps have been taken, while Turkey has been urging the EU to comply with the March 2016 refugee deal and share more of the burden as a new wave of refugees from northwestern Syria heading toward the West is imminent.

Meanwhile, hundreds of thousands of refugees trying to cross the border with the hope of starting a new life following Turkey’s policy change opening border crossings to Europe.

As a “measure” against the crossings, Greece border police use tear gas and stun grenades. Apart from the tear gas and grenades, the police also arrested dozens of refugees for attempting to enter the country.

The EU has announced Wednesday that it will allocate an additional 170 million euros ($189.8 million) in aid for the most vulnerable groups in war-torn Syria.

Aybet noted that the EU has been responding to the situation with stopgap measures.

“But saving the day and not looking for a more comprehensive solution is not enough all by itself, the stopgap response should come hand in hand with a comprehensive approach,” she added.

Speaking on imposing a no-fly zone, Dima Moussa, vice president of the Syrian National Coalition, recalled that eight years ago, when she was a member of the Syrian National Council, they asked directly and specifically from the then-president of the U.S. to impose the no-fly zone in Syria, where thousands of Syrians started to cross to the border of Turkey to escape the regime’s attacks.

Turkey has also been urging for the international community to impose a no-fly zone over Idlib in a bid to prevent a humanitarian catastrophe.

The number of those crossing the border toward Turkey has already surpassed the numbers recorded during the first years of the civil war. Idlib alone is home to more than a million people who are at risk of becoming Internally Displaced People (IDP), Moussa said, noting that these developments and the ever-growing numbers of refugees might finally convince the international community to close the airspace over Idlib for aircraft.

Moussa further noted that the atrocities, enmities or acts of revenge by regime forces carried out when they recapture an area from the opposition, indicates what would happen when the Assad regime is left alone to control all the Syrian territory.