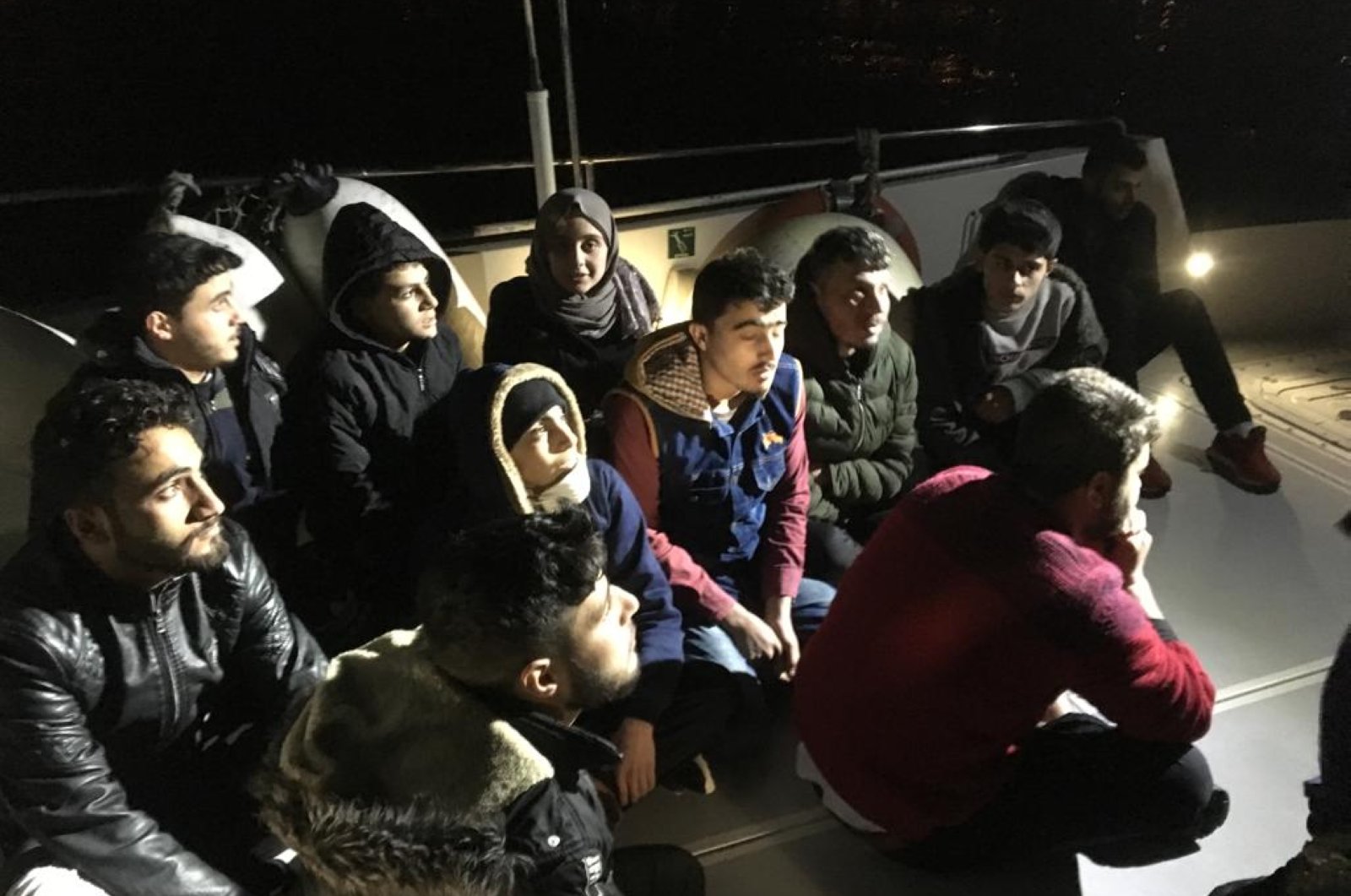 Since Jan. 1, Coast Guard officers have intercepted 5,780 illegal migrants in the Aegean Sea and the vast Aegean coastline stretching from Muğla in the south to Çanakkale in the north. In January alone, 4,062 migrants were stopped in 112 incidents. (AA)
by Daily Sabah with AA Mar 27, 2020 12:26 pm
RECOMMENDED

The Turkish team rescued the group, who were in rubber boats that had been driven to Turkish territorial waters by the Greek Coast Guard, said the sources, who asked not to be named due to restrictions on speaking to the media.

Turkey has been a key transit point for migrants and refugees aiming to cross into Europe to start new lives, especially those fleeing war and persecution.

Since Jan. 1, Coast Guard officers have intercepted 5,780 illegal migrants in the Aegean Sea and the vast Aegean coastline stretching from Muğla in the south to Çanakkale in the north. In January alone, 4,062 migrants were stopped in 112 incidents.

The official figures show 26 people died en route to Europe in the same period, mostly due to drowning and hypothermia during the dangerous journeys to the nearby Greek islands. Three migrant smugglers were also detained in operations between January and February this year. Most illegal migrant movements were concentrated in the cities of Çanakkale, Balıkesir and İzmir.

Each year thousands of migrants, many of them fleeing war, hunger and poverty in their home countries, opt for a dangerous route to cross into Europe seeking a better life.

Some of the migrants reach Turkey on foot before eventually opting for the dangerous journey across the Aegean to reach the islands of Greece, their gateway to Europe.

Turkey has intercepted 1.2 million migrants and detained over 27,000 human traffickers over the past five years.

Illegal migration has gained momentum in recent years due to a number of domestic upheavals, economic crises and political uncertainty afflicting countries such as Afghanistan, Pakistan, Syria, Iraq and Iran, as well as others in the African continent.

Late last month, Turkey announced it would no longer stop migrants and refugees from reaching Europe via land while banning boat crossings as they were too dangerous, accusing the European Union of failing to keep its promises under a 2016 migrant deal.

Ankara also warned that due to incessant attacks on civilians in Idlib, Syria, a million refugees were moving toward Turkey's borders.