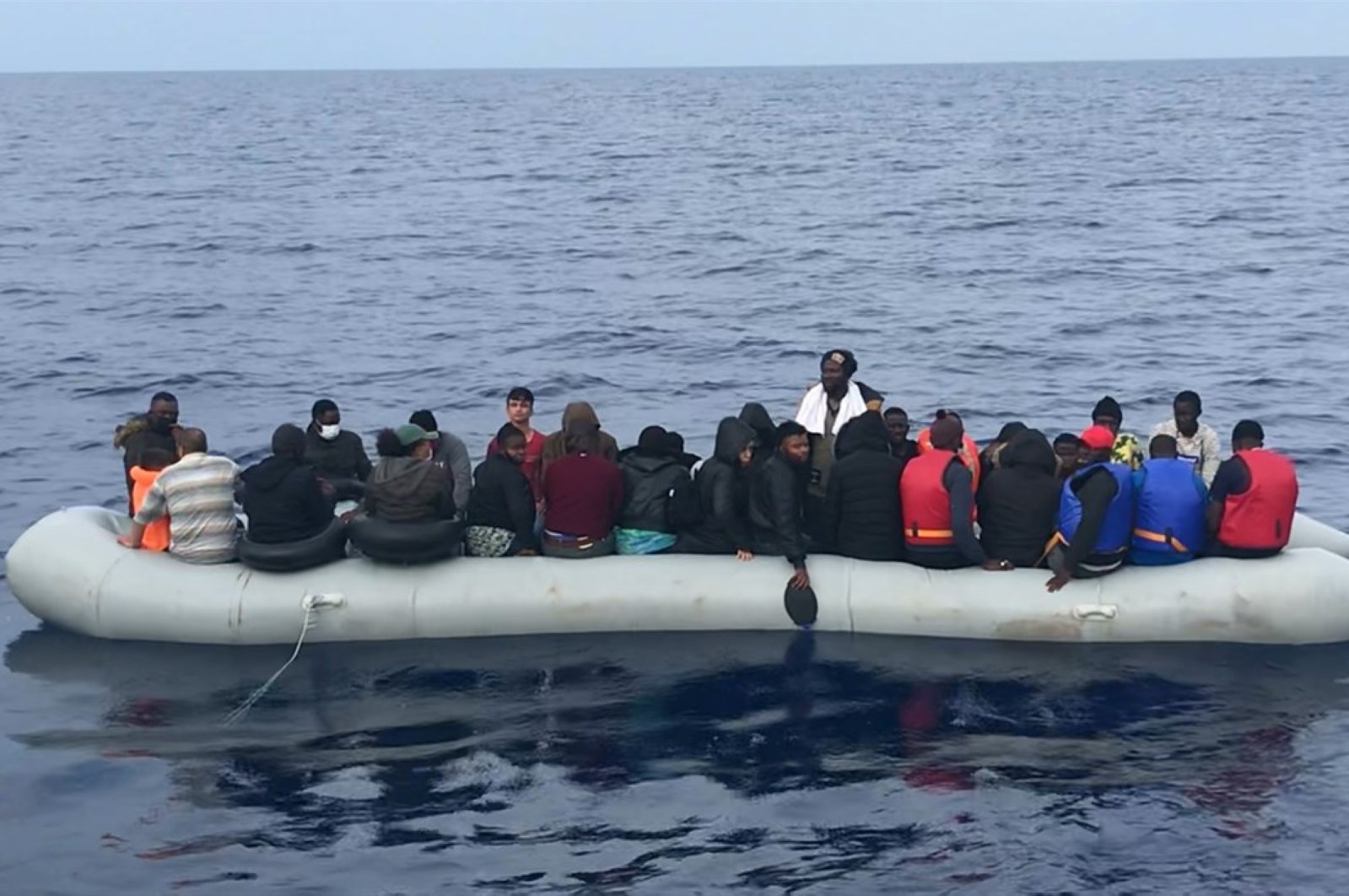 Security sources who asked not to be named due to restrictions on speaking to the media said the asylum-seekers were rescued in the Aegean Sea off Turkey's northwestern Deveboynu district of Çanakkale province.

Turkey has frequently criticized the practices of the Greek coast guard. In March, the Turkish coast guard slammed its Greek counterparts for leaving migrants at sea helpless by pushing them back into Turkish waters, damaging their boat engines and sinking rubber dinghies.

In the last three months, Turkish security guards rescued more than thousands of migrants and refugees off the Aegean coast after they were forced by Greece into Turkish territorial waters.

In another operation, at least 25 asylum-seekers were held in northwestern Turkey after attempting to reach Europe illegally, a security source said late Thursday.

Acting on a tipoff, provincial gendarmerie command teams in Ayvalık district of Balıkesir province detained 25 Syrian nationals who were preparing to travel to the Greek island of Lesbos, said the source on condition of anonymity.

A man suspected of organizing the illegal journey was also arrested, the source added.

The asylum-seekers were referred to the provincial migration office, while legal proceedings have been initiated against the suspected organizer.

Due to its geographical location and conflicts in neighboring regions, Turkey has been one of the main routes for asylum-seekers seeking to start a new life in Europe.

The deadly civil war in Syria has been one of the triggering factors behind the large-scale migration to continental Europe.