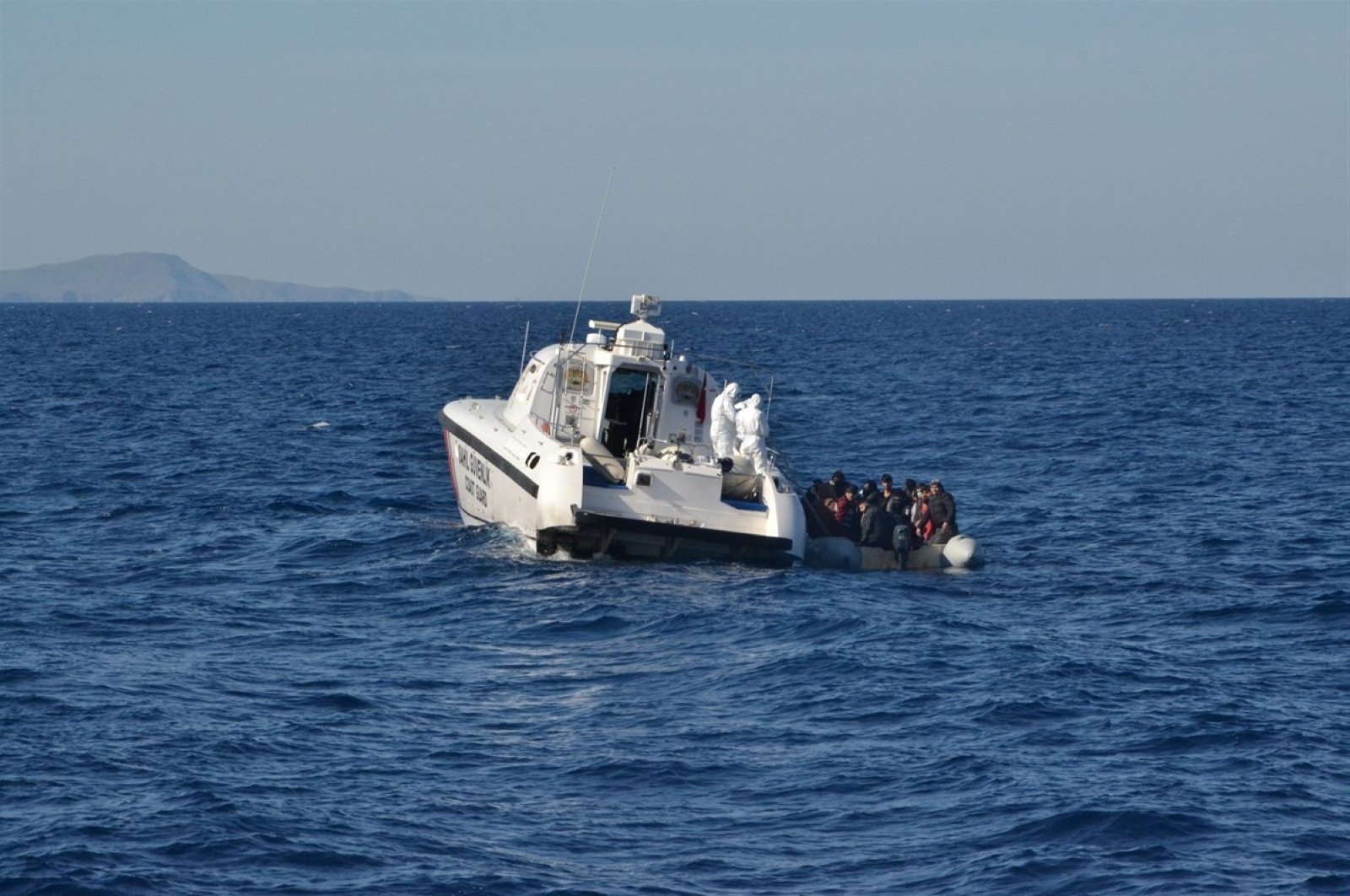 The Turkish coast guard saved the 24 migrants, from Afghanistan, Congo, Central African Republic and Mali, traveling in a rubber boat and provided them with food and clothing, Çanakkale, May 11, 2020. (IHA)
by DAILY SABAH May 12, 2020 11:58 am
RECOMMENDED

Turkish coast guard units on Thursday rescued 77 migrants and refugees who were left by the Greek coast guard to die in the Aegean Sea on Monday.

According to the Turkish coast guard, migrants, with an intention to go to Greek's Lesbos Island without prior authorization, sailed from Ayvacık district of Çanakkale province.

The 24 migrants, from Afghanistan, Congo, Central African Republic and Mali, traveling in a rubber boat, were detected by the Greek coast guard and were pushed back to Turkish territorial waters.

Responding to the migrants' calls for help, the Turkish coast guard saved the boat occupants and provided them with food and clothing.

In another incident on Monday, upon receiving information that there are refugees stuck in two boats in western İzmir province's offshore waters, Turkish coast guard units saved 53 migrants, 17 of whom were children. The rescued refugees were brought to the Provincial Migrant Administration.

In the last two months, Turkish security guards rescued more than 170 asylum-seekers off the Aegean coast after they were forced by Greece into Turkish territorial waters.

Greece's response to those trying to enter the country without prior authorization has been harsh, with at least three migrants have been killed by Greek security forces on the land border with Turkey. Many others have been battered and teargassed.