Turkey rescues 9 migrants pushed back into Aegean coast by Greece 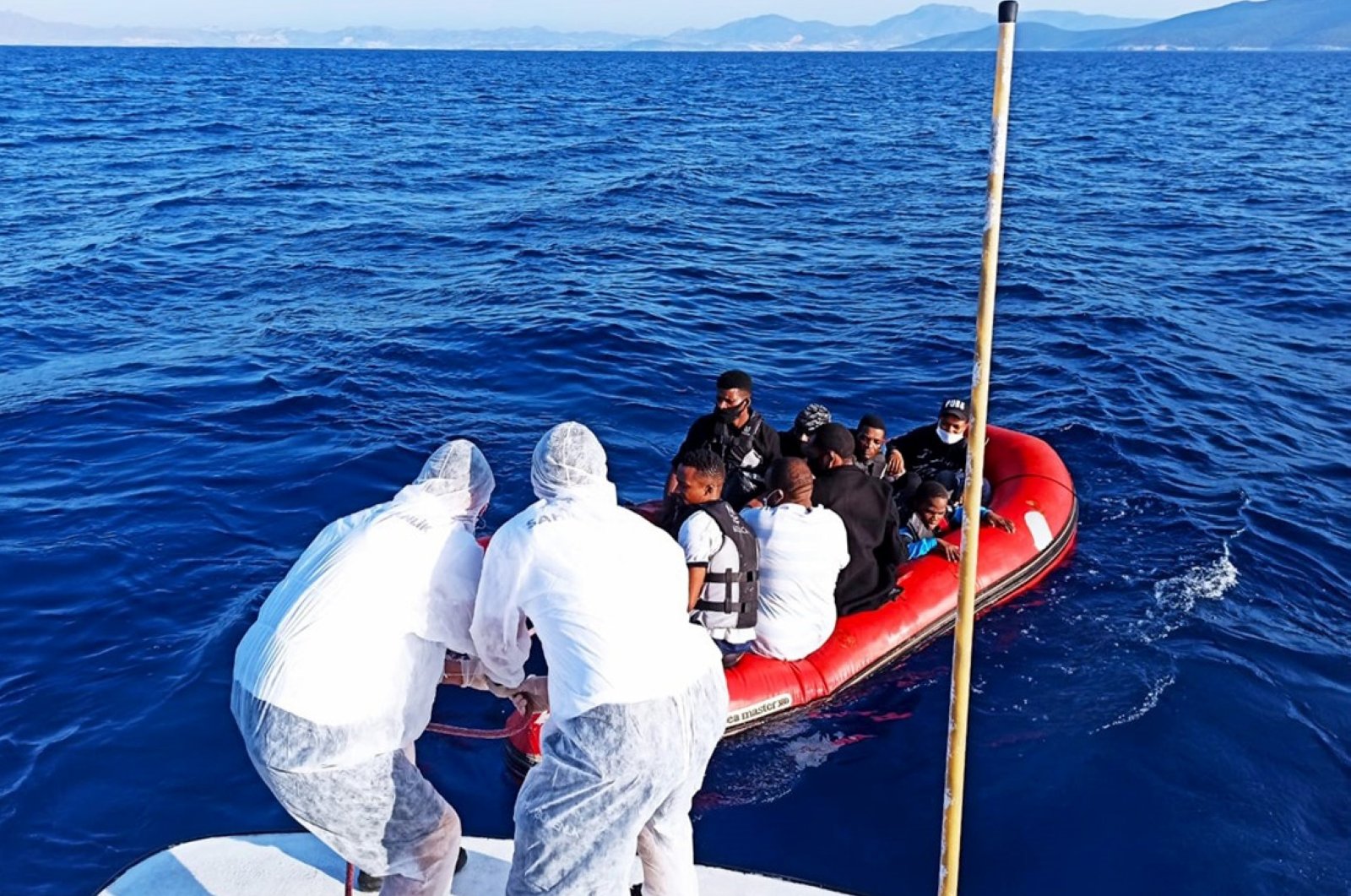 The Turkish coast guard rescued 9 asylum-seekers who were pushed back by the Greek side into Turkish waters off the Aegean coast, Bodrum district of southwestern province of Muğla, Turkey, August 8, 2020. (AA Photo )
by DAILY SABAH WITH AA Aug 08, 2020 5:14 pm
RECOMMENDED

The Turkish Coast Guard rescued Saturday nine asylum-seekers who were pushed back by the Greek side into Turkish waters off the Aegean coast, according to security sources.

The coast guard team was dispatched to the area after asylum-seekers asked for help in the Bodrum district of the southwestern Turkish province of Muğla.

The asylum-seekers were taken to the Turkish shore on a coast guard boat before being transferred to the provincial migration office.

Turkey and Greece have been a key transit point for asylum-seekers, refugees and migrants aiming to cross into Europe to start new lives, especially those fleeing war and persecution. Ankara already hosts nearly 4 million Syrian migrants, more than any other country in the world, and says it cannot handle another wave.

Turkey earlier this year opened its gates for irregular migrants wanting to cross to Europe, accusing the European Union of failing to keep its promises under a 2016 migrant deal. Greece has been accused of mistreating and pushing back migrants from its borders in violation of international law.

At least three migrants have been killed by Greek security forces along the land border with Turkey. Human Rights Watch (HRW) has urged Greece and the EU to respect the human rights of migrants and refugees trying to reach Greece.

Over the last four months, the Turkish coast guard has rescued thousands of migrants and asylum-seekers off the Aegean coast after they were pushed back by Greece into Turkish territorial waters.