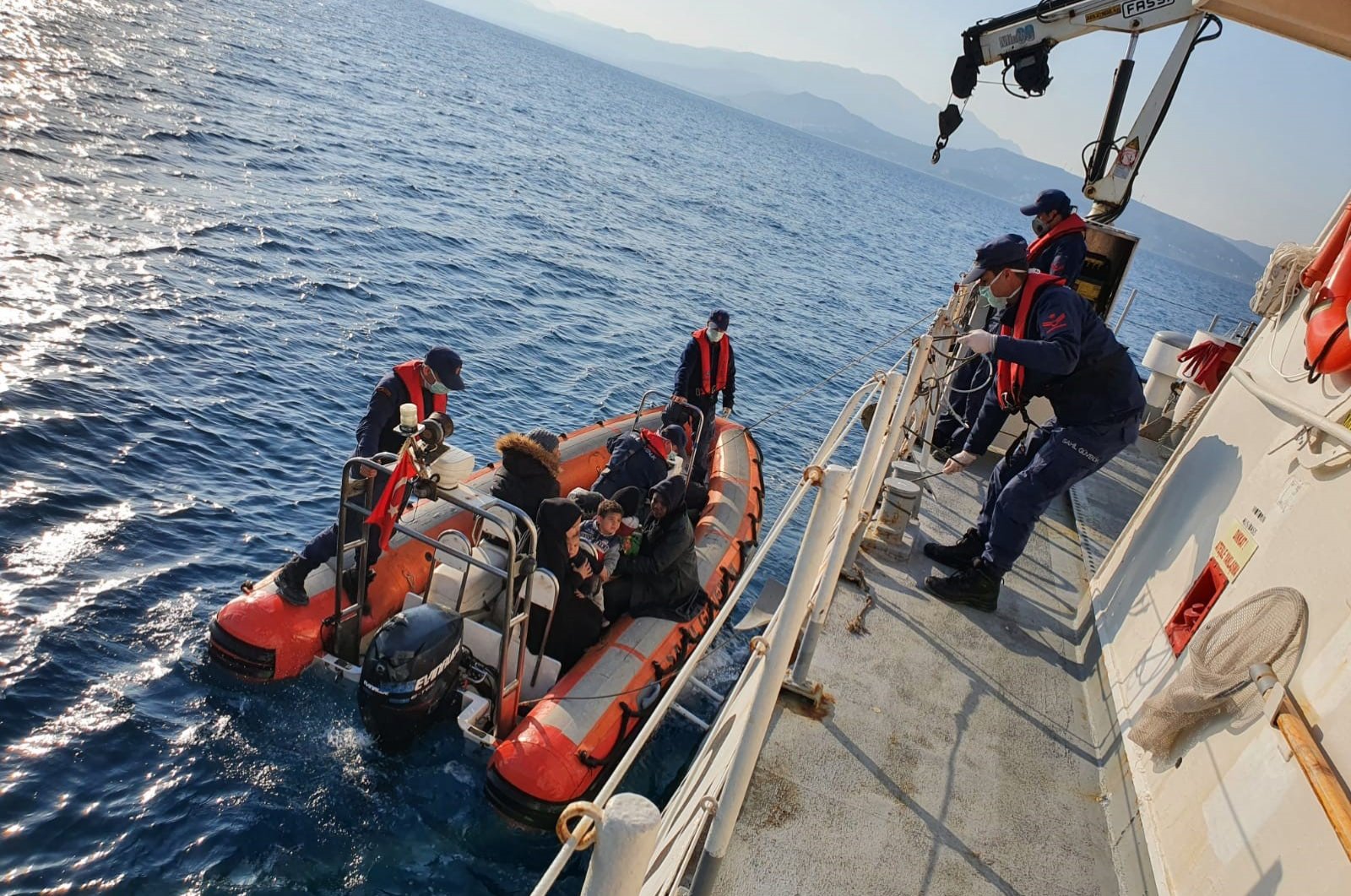 Ten Congolese, eight Syrians, six from the Central African Republic and two Afghans, including children were rescued from a rubber boat off the coast of Kuşadası district in western Aydın province, Thursday, April 2, 2020. (AA)
by DAILY SABAH WITH AA Apr 03, 2020 12:40 am
RECOMMENDED

The Greek Coast Guard forced 26 asylum seekers Thursday into Turkish territorial waters off the Aegean coast, where they were rescued by Turkey.

Ten Congolese, eight Syrians, six from the Central African Republic and two Afghans, including children were rescued from a rubber boat off the coast of Kuşadası district in western Aydın province.

Asylum-seekers told Turkish authorities that they moved to Samos Island two days ago and were caught by the Greek coast guard who put them into a rubber boat to be left at sea.

The latest humanitarian crisis in Idlib, caused by Bashar Assad's attacks on civilian-populated areas, has forced nearly a million people to move near the Turkish border for refuge. The renewed attacks risked another wave of migration to Turkey, which already hosts 3.7 million Syrian refugees and says it cannot take in any more. Turkey accuses the European Union of failing to keep its promises under a 2016 migrant deal.

Greece has been widely criticized for using excessive force, including the firing of water cannons and tear gas to repel incoming migrants. The Human Rights Watch urged Greece and the EU to respect human rights in light of Turkey's new policy of refusing to halt migrants and refugees trying to leave for Greece.