Turkey rescues migrants pushed back by Greece in Aegean 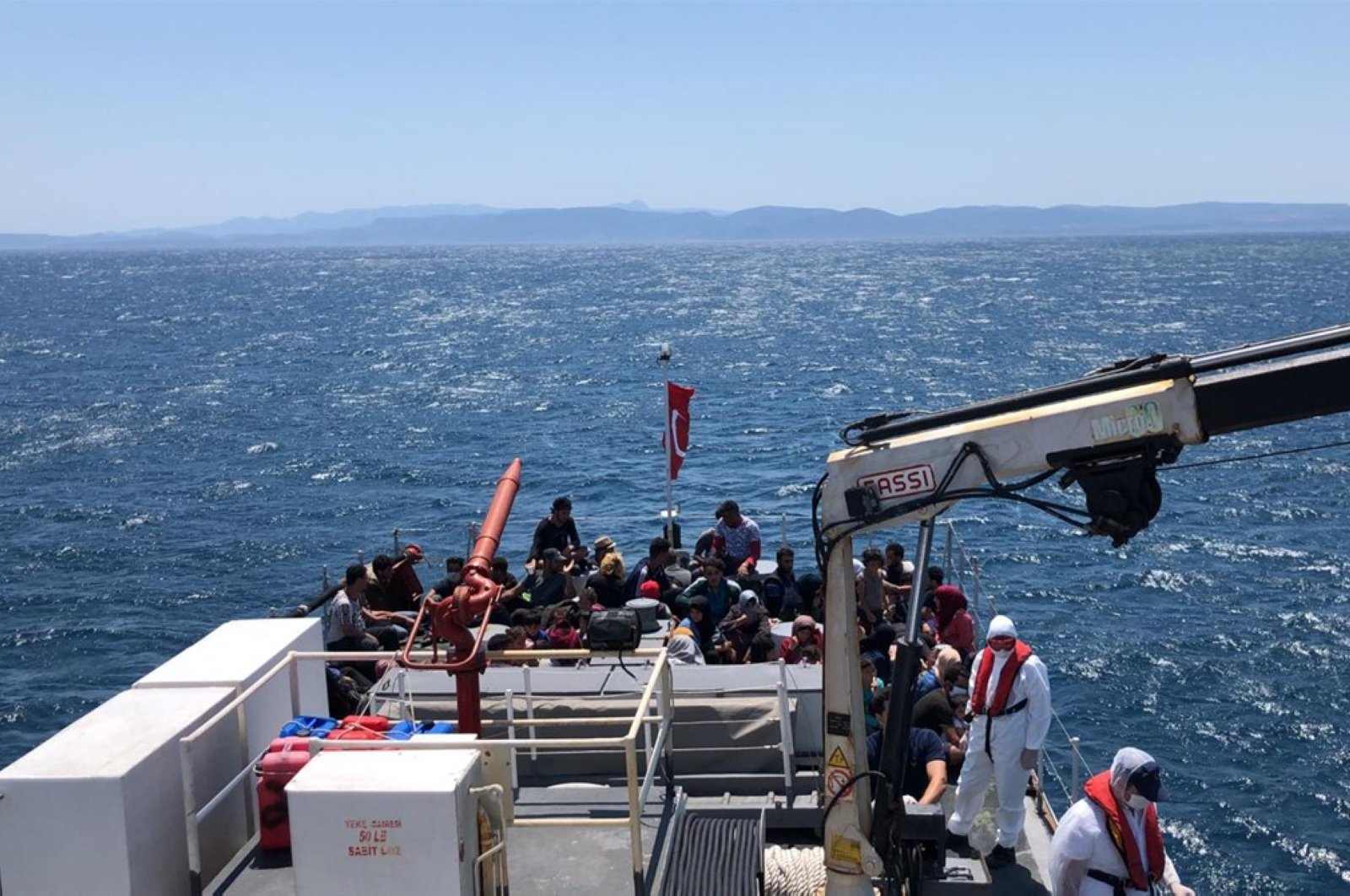 The Turkish coast guard rescues 57 migrants, who set off for the Greek island of Lesbos, in the Aegean Sea off the coast of Ayvalık in the Balıkesir province, July 9, 2020. (AA Photo)
by DAILY SABAH WITH AA Jul 10, 2020 11:27 am
RECOMMENDED

Turkey on Thursday rescued 57 migrants, including women and children, who were pushed back by Greek forces into Turkish territorial waters, according to security sources.

In a rescue operation, the Turkish coast guard rescued the migrants, who set off for the Greek island of Lesbos, in the Aegean off the coast of Ayvalık in the Balıkesir province.

They were on board rubber boats that were pushed back to Turkish territorial waters by the Greek coast guard, said the sources, who asked not to be named due to restrictions on speaking to the media.

In another operation, at least 39 migrants were held in southwestern Turkey after attempting to reach Europe illegally, a security source said late Thursday.

Provincial security teams in Germencik district in Aydın province detained the migrants, who were attempting to set out for Greece from Istanbul and were brought to Germencik by migrant smugglers.

The migrants included 37 Afghan and two Nigerian nationals, said a source on condition of anonymity.

After health checks at Germencik Devlet Hospital, they were transferred to the provincial immigration authority.

Turkey and Greece have been key transit points for asylum-seekers, refugees and migrants seeking to cross into Europe to start new lives, especially those fleeing war and persecution. Ankara already hosts over 3.5 million Syrian migrants, more than any other country in the world and says it cannot handle another wave.

In Turkey’s fight against migrant smugglers, a Turkish court on Thursday remanded into custody four suspects for allegedly smuggling nearly 300 irregular migrants, according to a judicial source.

On Tuesday, security forces held 276 migrants from a boat in the Aegean off the coast of Narlıdere, Izmir, while eight people were arrested on suspicion of being smugglers.

An Izmir court remanded four of the suspects into custody and released the others on bail, said the source, who asked not to be named due to restrictions on speaking to the media.

Turkey earlier this year opened its gates for irregular migrants wanting to cross to Europe, accusing the European Union of failing to keep its promises under a 2016 migrant deal. Greece has been accused of mistreating and pushing back migrants from its borders, in violation of international law. At least three migrants have been killed by Greek security forces along the land border with Turkey. Human Rights Watch (HRW) has urged Greece and the EU to respect the human rights of migrants and refugees trying to reach Greece.

Over the last three months, the Turkish coast guard has rescued thousands of migrants and asylum-seekers off the Aegean coast after they were pushed back by Greece into Turkish territorial waters.