Turkey responds to 2020 US human trafficking report with disappointment 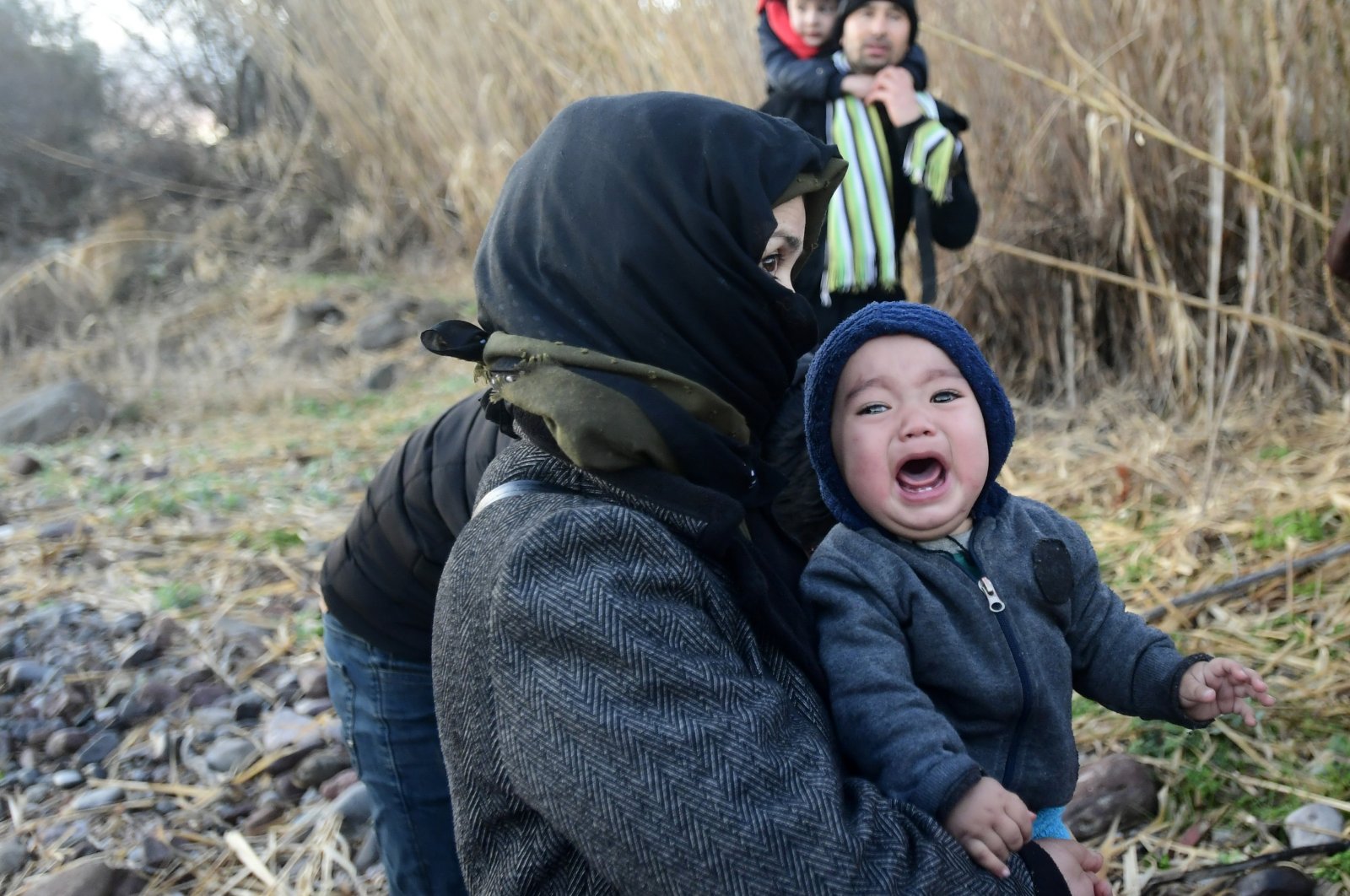 A baby cries as migrants arrive at the village of Skala Sikaminias, on the Greek island of Lesbos, after crossing on a dinghy the Aegean sea from Turkey, March 2, 2020. (AP Photo)
by DAILY SABAH Jun 28, 2020 2:10 pm
RECOMMENDED

The Turkish Foreign Ministry on Sunday said Ankara received the U.S. State Department’s 2020 Trafficking in Persons Report with disappointment as Turkey was not placed in the upper tier, despite its significant efforts against people smuggling.

“It is acknowledged (in the report) that our country’s struggle against human trafficking has enhanced. However, the fact that Turkey has not been placed in the upper tier is a disappointment,” the ministry said in a written statement.

The ministry further underlined that Turkey was currently hosting almost 4 million displaced people and shouldering the increasing burden of migration every year due to the instability of the region.

Despite this situation, Turkey had been decisively fighting human trafficking, the statement said.

“Within this scope, Turkey continues to apply agreements and relevant laws to which it is a part of, to raise awareness in society regarding the issue, to determine and protect victims actively, to make criminals face justice as well as to cooperate with nongovernmental organizations and international institutions,” it added.

“Children remain vulnerable to forcible recruitment and use by multiple armed groups operating in Iraq,” the U.S. report said, indicating that these groups include Daesh, Iran-backed militias and the PKK. “Multiple sources report the PKK and (YPG) operating in the Kurdistan Regional Government (KRG) area and Sinjar continued to recruit and use children.”

Turkey said the findings in the report “openly put forth that the YPG/PKK is a terrorist and criminal organization with crimes including the abduction of children.”

“Thus, the data in this report shows that the U.S. has to abandon viewing this terrorist organization as legitimate,” the ministry said.