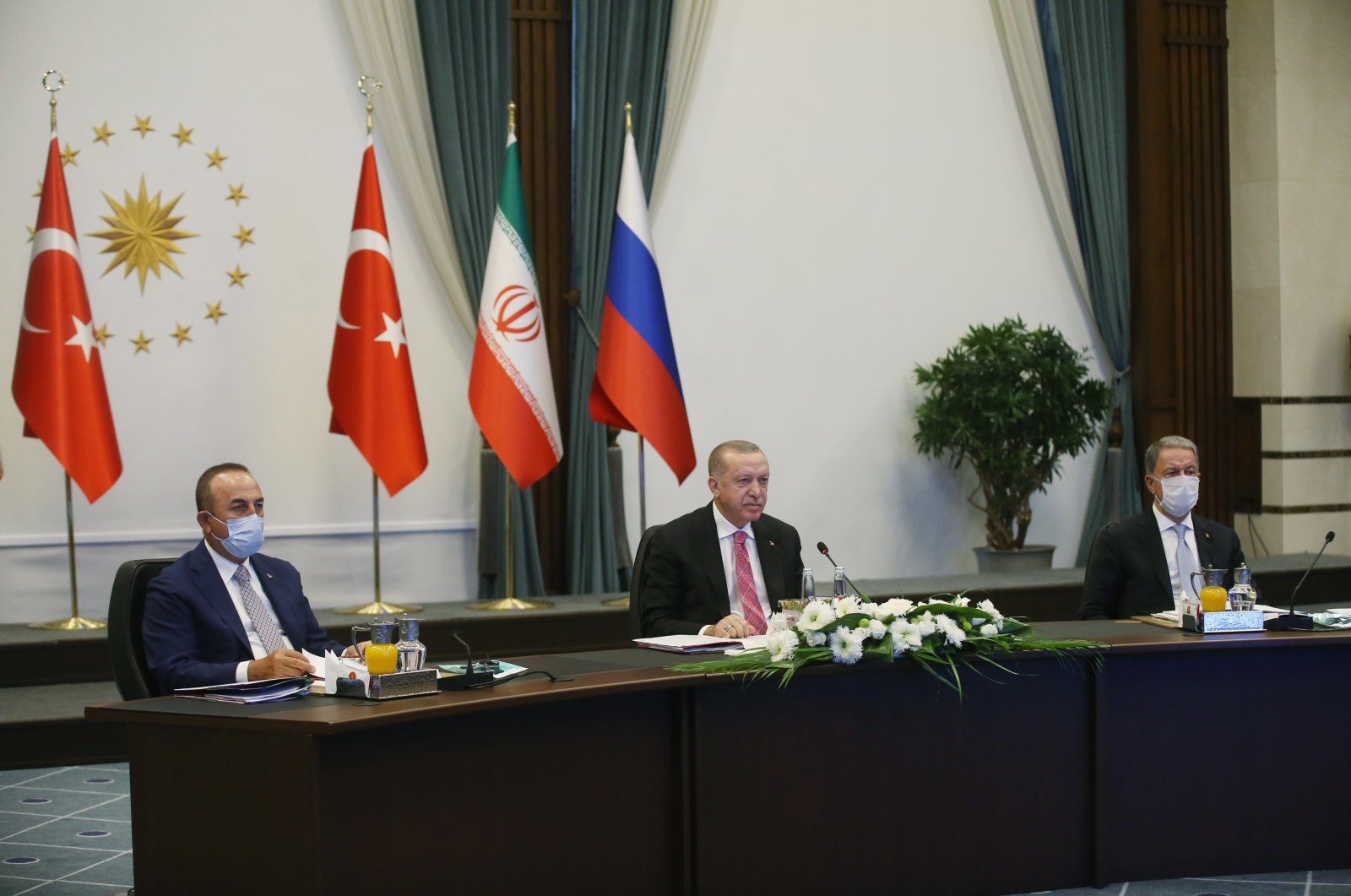 Turkey, Russia and Iran on Wednesday agreed on the necessity of ensuring peace in Syria's Idlib by realizing agreements, according to a joint declaration released after a trilateral summit under the Astana process.

"Maintaining the political unity and territorial integrity of Syria and the establishment of calm on the ground and a lasting solution to the conflict are our priorities," Erdoğan said during the opening session of the summit via videoconference.

"The trilateral summit process under the Astana format that we initiated in November 2017 has made critical contributions to the establishment of peace, security and stability in Syria," Erdoğan said, adding that Wednesday's meeting was the sixth under the Astana process.

Erdoğan added that Turkey has also stepped in with troops to prevent humanitarian crises and to frustrate separatists, referring to a trio of operations launched since 2016 to fight terrorists and provide security in northern Syria, just south of Turkey's border.

"We'll continue to do our best to provide peace, security, and stability in our neighbor Syria," he said.

"The cooperation we will show as Astana guarantors will, no doubt, determine the future of this country," he added.

Erdoğan was accompanied by Foreign Minister Mevlüt Çavuşoğlu and Defense Minister Hulusi Akar in the videoconference.

Russian President Vladimir Putin told his counterparts from Turkey and Iran that there was a need for peaceful dialogue between the warring sides in Syria.

He also said that hot spots of terrorism still remain in Syria's Idlib and other regions.

Iranian President Hassan Rouhani said there is "no military solution" for Syria, adding, "The Islamic republic believes the only solution to the Syrian crisis is political and not a military solution.”

"We continue to support the inter-Syrian dialogue and underline our determination to fight the terrorism of Daesh, al-Qaida and other related groups," he said.

"I emphasize that the fight against terrorism will continue until it is completely eradicated in Syria and the region in general," Rouhani added.

The talks are the first since September in the so-called Astana format, in which the three powers discuss developments in Syria, where the conflict has entered its 10th year.

Iran and Russia have been staunch supporters of Bashar Assad and his regime, while Turkey has called for his ouster and has backed opposition groups.