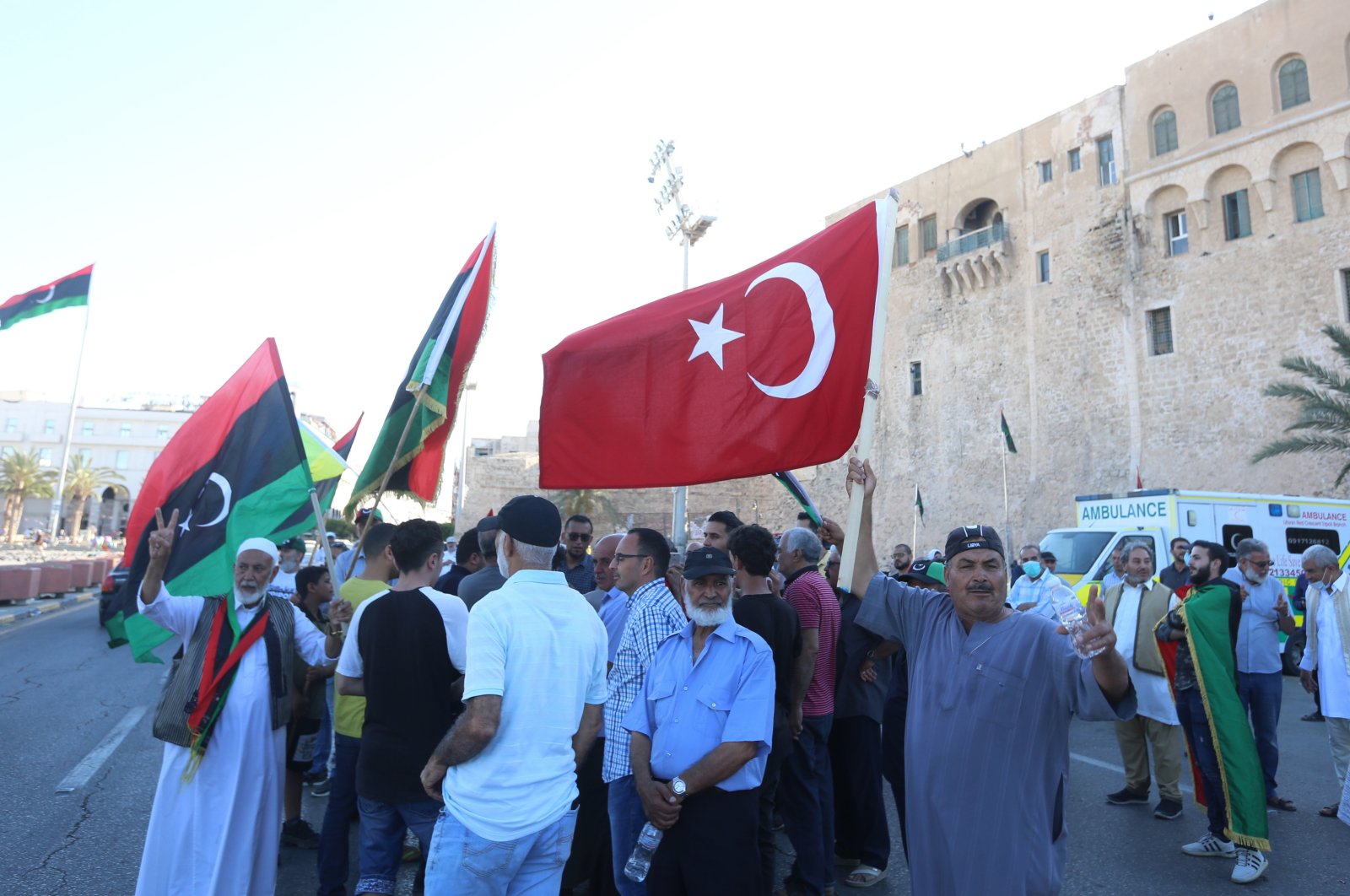 Turkey and Russia, whose leaders launched an initiative in Istanbul on Jan. 8 to de-escalate the situation on the ground and pave the way for a political process in Libya, on Wednesday reiterated the need for intra-Libyan dialogue for the creation of a lasting and sustainable cease-fire in the war-torn country.

Reaffirming their strong commitment to the sovereignty, independence, unity and territorial integrity of Libya, both countries in a joint statement on the Turkish-Russian High-Level Consultations in Ankara expressed their “conviction that there is no military solution to the Libyan conflict and it can only be solved through a Libyan-led and Libyan-owned, U.N.-facilitated political process.”

The statement further said that the creation of a Joint Working Group on Libya was considered while the next round of consultations is planned to take place in Moscow in the near future.

Turkey and Russia further emphasized the necessity to combat terrorist individuals and entities as designated by the U.N. Security Council and vowed to continue joint efforts, including encouraging the Libyan parties, with a view of creating conditions for a lasting and sustainable cease-fire.

Furthermore, the statement called upon the parties to take measures in order to ensure safe humanitarian access and delivery of urgent assistance to all those in need.

Libya has remained beset by turmoil since the ouster of Moammar Gadhafi in 2011. The country's new government was founded in 2015 under a United Nations-led agreement, but efforts for a long-term political settlement failed due to a military offensive by eastern-based putschist Gen. Khalifa Haftar's forces.