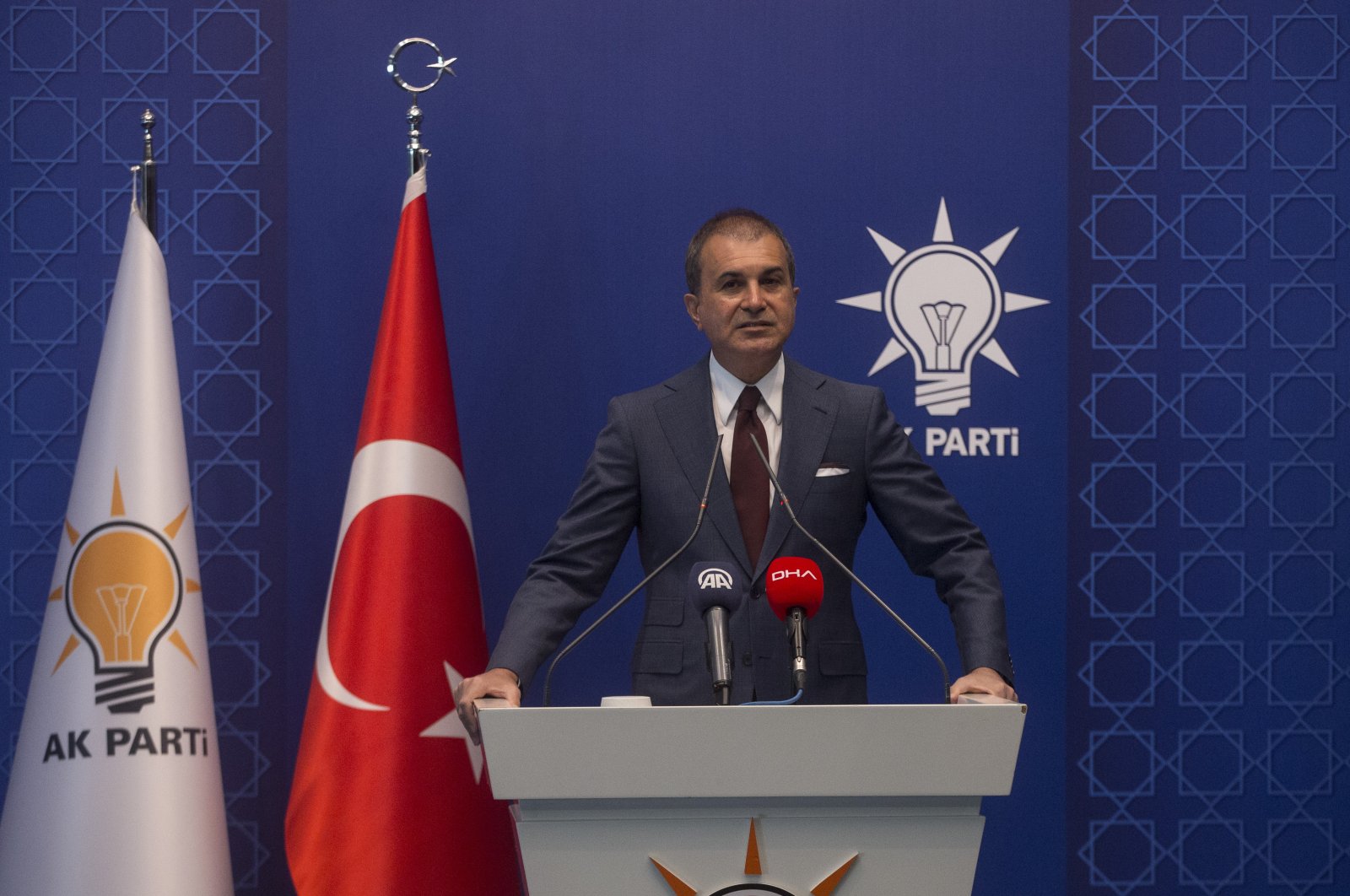 Ömer Çelik, the spokesman for the ruling Justice and Development (AK) Party, speaks to reporters after a party board meeting, Ankara, June 30, 2020. (AA Photo)
by DAILY SABAH WITH AA Jun 30, 2020 7:48 pm
RECOMMENDED

France is the country that is committing crimes and playing a dangerous game in Libya, Turkey's ruling party spokesman said Tuesday.

Slamming French President Emmanuel Macron's comments on Turkey's role in Libya, Ömer Çelik, spokesman for the Justice and Development (AK) Party, said after a party board meeting that France is repeating the mistakes that it made in Rwanda over a quarter-century ago.

He added that France was the "perpetrator in Libya," where it has sided with the forces of putschist Gen. Khalifa Hafta in a conflict against the country's U.N.-backed Government of National Accord (GNA).

Libya has been torn by civil war since the ouster of late ruler Muammar Gaddafi in 2011. The country's new government was founded in 2015 under a U.N.-led agreement, but efforts for a long-term political settlement failed due to a military offensive by putschist Gen. Khalifa Haftar's forces.

The U.N. recognizes the Libyan government headed by Fayez al-Sarraj as the country's legitimate authority, as Tripoli has battled Haftar's militias since April 2019, a conflict that has taken over 1,000 lives.

Foreign Minister Mevlüt Çavuşoğlu said Tuesday that although NATO sees Moscow as a threat, NATO member France is trying to increase the Russian presence in Libya.

“France supports a pirate, a putschist,” Çavuşoğlu said in a joint news conference with his Hungarian counterpart Peter Szijjarto, pointing to Paris' support for Haftar.

The PKK terror group continues using European Union territory for propaganda, recruitment, fundraising and logistical support activities, according to a report by the EU's law enforcement agency released on Tuesday.

In its more than 30-year terror campaign against Turkey, the PKK – listed as a terrorist organization by Turkey, the U.S. and EU – has been responsible for the deaths of nearly 40,000 people, including women, children, and infants.

Touching on Israel's plans to annex the West Bank this July, Çelik said: "If the world does not take a stand against this, Israel will gradually destroy the legitimacy of the entire international order."

Israeli Prime Minister Benjamin Netanyahu, undeterred by the international condemnation, appears determined to carry out his pledge to begin annexing parts of the occupied West Bank on July 1, the planned starting point for a Cabinet debate on the issue.

The U.N. secretary-general, the European Union and leading Arab countries have all said Israeli annexation would violate international law and greatly undermine the prospects for Palestinian independence. Turkey has also called on the international community to take a stand against Israel's plan to annex the West Bank, underscoring the ongoing violations of the rights of the people of Palestine and the deepening policy of occupation and oppression.