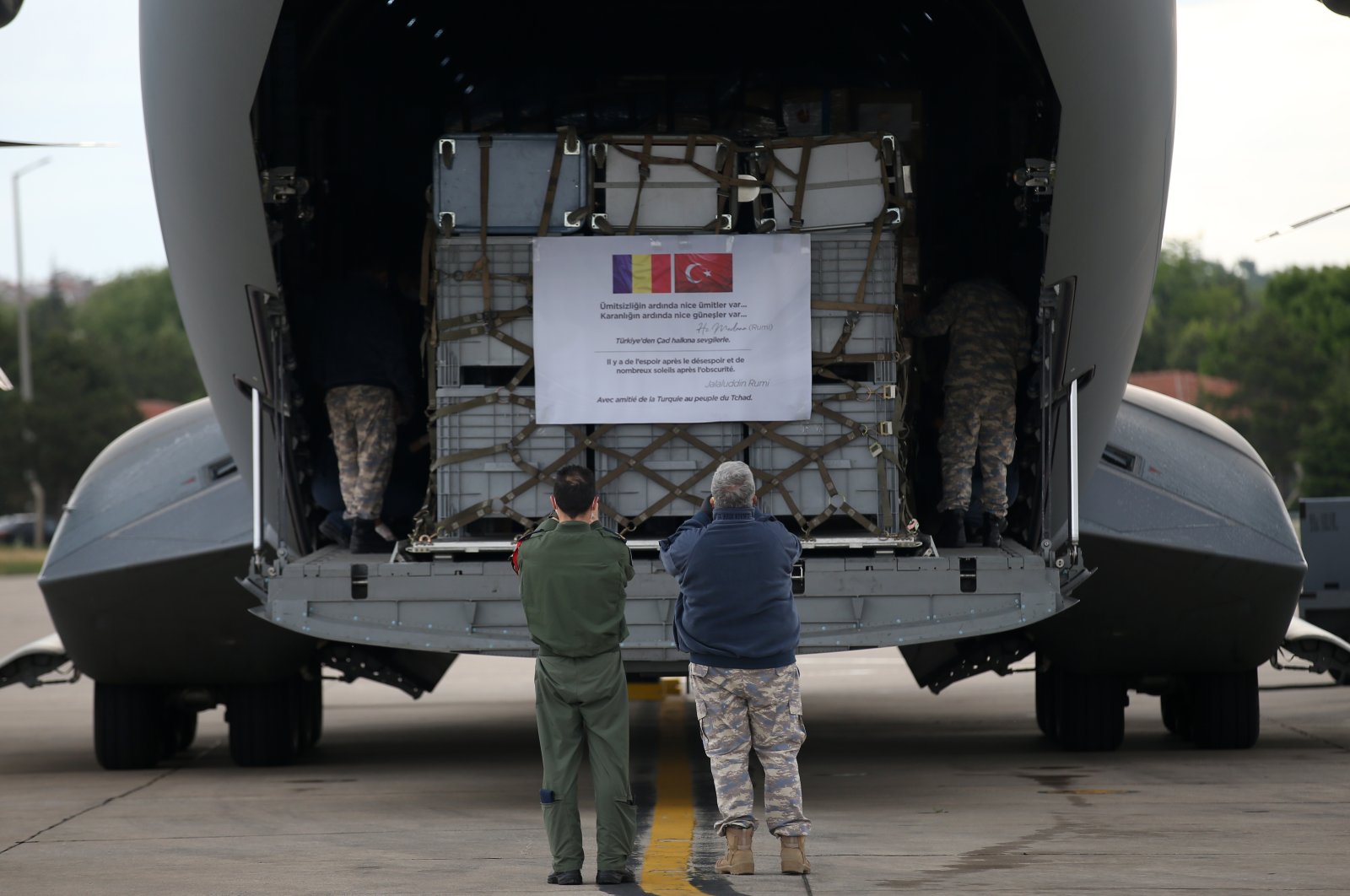 A Turkish plane carrying medical supplies departed from the capital Ankara for Chad on Tuesday in the wake of the coronavirus pandemic.

The boxes containing the aid carried a message for the people of Chad.

"There is hope after despair and many suns after darkness," it said, quoting the words of 13th-century Sufi philosopher Mevlana Jalaladdin Rumi.

Turkey has sent medical aid to at least 80 countries as part of its contribution to the global solidarity efforts against the coronavirus pandemic, Vice President Fuat Oktay said last week.

He said two-thirds of the countries in the world, or close to 70%, had requested assistance from Turkey.

The main demand from these countries was for face masks, gloves and respirators, Oktay said.

After originating in China last December, COVID-19 has spread to at least 188 countries and regions. Europe and the U.S. are currently the worst-hit areas.

The pandemic has killed more than 346,300 people worldwide with nearly 5.5 million confirmed cases, while recoveries have surpassed 2.23 million.

Meanwhile, the presidents of Turkey and Tunisia discussed cooperation between their two countries against the novel coronavirus in a phone call Monday, according to an official statement.

The leaders also exchanged greetings for Ramadan Bayram, also known as Eid al-Fitr, the Muslim holiday marking the end of the holy month of Ramadan, it added.

Erdoğan offered condolences to Khan over a plane crash Friday in the southern port city of Karachi and reiterated Turkey's strong support for Pakistan.

The two leaders also agreed to enhance bilateral cooperation against the COVID-19 pandemic, the statement added.

Briefing the Turkish president on the steps taken to control the spread of the coronavirus in Pakistan, Khan thanked Ankara for providing valuable medical equipment that was "reflective of historic linkages between the two countries to help each other in times of need."

Khan also apprised Erdoğan of "the demonization of Muslims in India in the context of COVID-19, which should be rejected by the international community."

In the phone call with the Kazakh president, Erdoğan and Tokayev discussed cooperation against the novel coronavirus as well as bilateral ties and regional issues, according to an official statement.