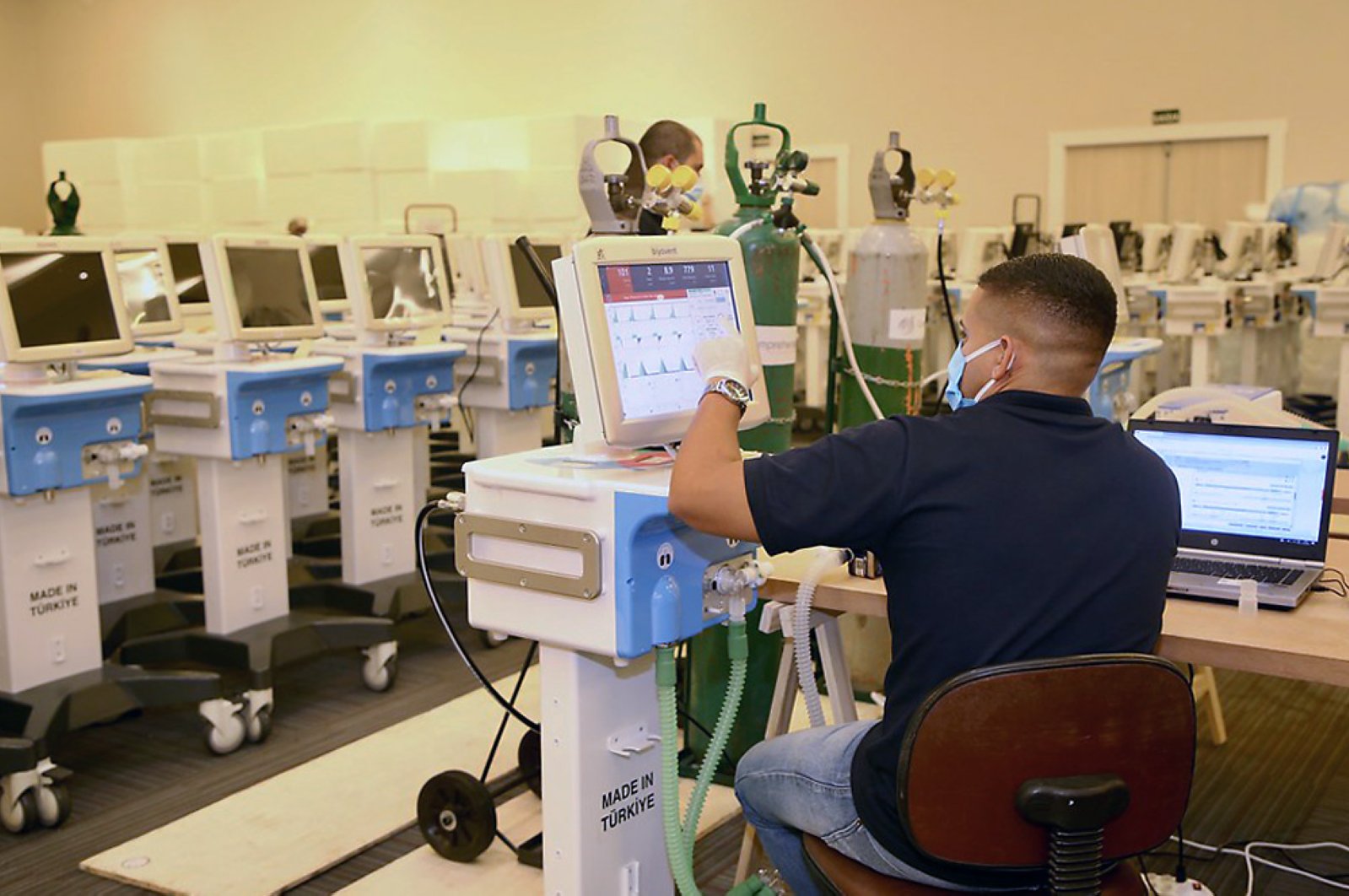 650 domestically produced respirators from Turkey arrived in the Brazilian city of Sao Paulo and were distributed to hospitals. June 7, 2020. (Photo Source: Governorate of Sao Paulo)
by DAILY SABAH WITH AA Jun 08, 2020 10:16 am
Edited By Eralp Yarar
RECOMMENDED

Turkey on Sunday sent medical supplies and equipment to Latin American countries, namely Brazil and Paraguay, to help them in the global fight against the coronavirus pandemic.

A shipment of 650 domestically produced respirators from Turkey arrived in the Brazilian city of Sao Paulo on Sunday.

Turkish Industry and Technology Minister Mustafa Varank shared a video of their delivery of exported respirators on Twitter.

He said Turkish intensive-care-unit respirators have become "the breath of the world."

On Monday, Varank also said that Turkey exported nearly 2,000 ventilators during the pandemic.

According to Brazilian local media, the 650 respirators are among 1,500 ordered from Turkey and were distributed to hospitals.

The Paraguayan ambassador also said Sunday that Turkey is sending medical supplies to Paraguay to help the Latin American nation's fight against the coronavirus outbreak.

The announcement came a day after the two countries signed a cooperation agreement on the health sector, Ceferino Valdez Peralta told Anadolu Agency (AA) in a written statement.

Calling the agreement "a reflection of the excellent relations" between Turkey and Paraguay, he added that it was signed after a request made by his country.

The shipment was sent via Sao Paulo, Brazil and will soon be arriving in Paraguay, said the ambassador.

As the curve for the COVID-19 pandemic flattens or falls in many parts of the world, the virus continues to spread across the Latin American region.

Paraguay has 1,135 confirmed cases and 11 deaths, according to a running tally by U.S.-based Johns Hopkins University. It has recorded 575 recoveries.

With severe shortness of breath being a hallmark of the virus, the global pandemic has increased the need worldwide for mechanical ventilators.

Turkey, as a country that has made a name for itself in the last decade with its humanitarian efforts, has already become a prominent figure in this fresh statecraft by sending medical aid packages to many corners of the globe every other day. Turkey has so far delivered aid to more than 80 countries around the globe to help with their fight against the virus.

After originating in Wuhan, China last December, COVID-19 has spread to at least 188 countries and regions.

The pandemic has killed more than 402,000 people worldwide, with total infections over 6.98 million and recoveries surpassing 3.13 million, according to figures compiled by U.S.-based Johns Hopkins University.