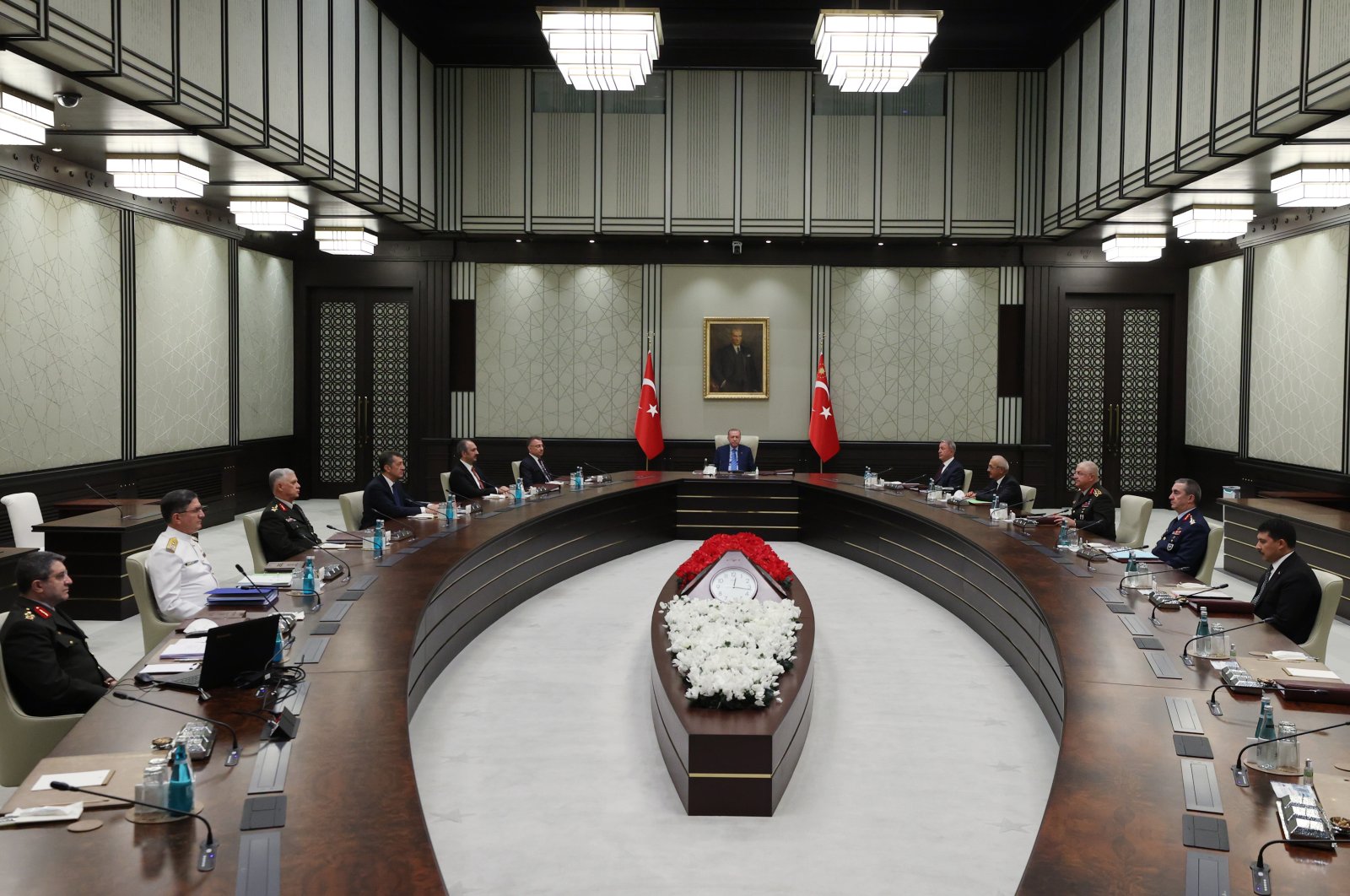 Turkey’s Land Forces commander Gen. Ümit Dündar will retire and will be replaced by Gen. Musa Avsever, Presidential Spokesperson Ibrahim Kalın said following the Supreme Military Council (YAŞ) meeting held in the capital Ankara on Wednesday. The total number of admirals and generals has increased to 266 from 240, Kalın said, noting that some 29 generals and admirals would retire by Aug. 30. As of Aug. 30, 17 generals and admirals will be promoted to a higher ranking, while 56 colonels will be promoted to being generals and admirals. Turkish Naval Forces Admiral Adnan Özbal, and Commander of Turkish Air Forces General Hasan Küçükakyüz’s terms were extended by another year, Kalın said.

The 45-minute-long meeting at the Presidential Complex in the capital Ankara was attended by high-ranking officials, both civilians and military members.

The YAŞ is a biannual gathering to discuss the appointments and retirements of high-ranking staff officers and generals as well as the removal of military personnel.