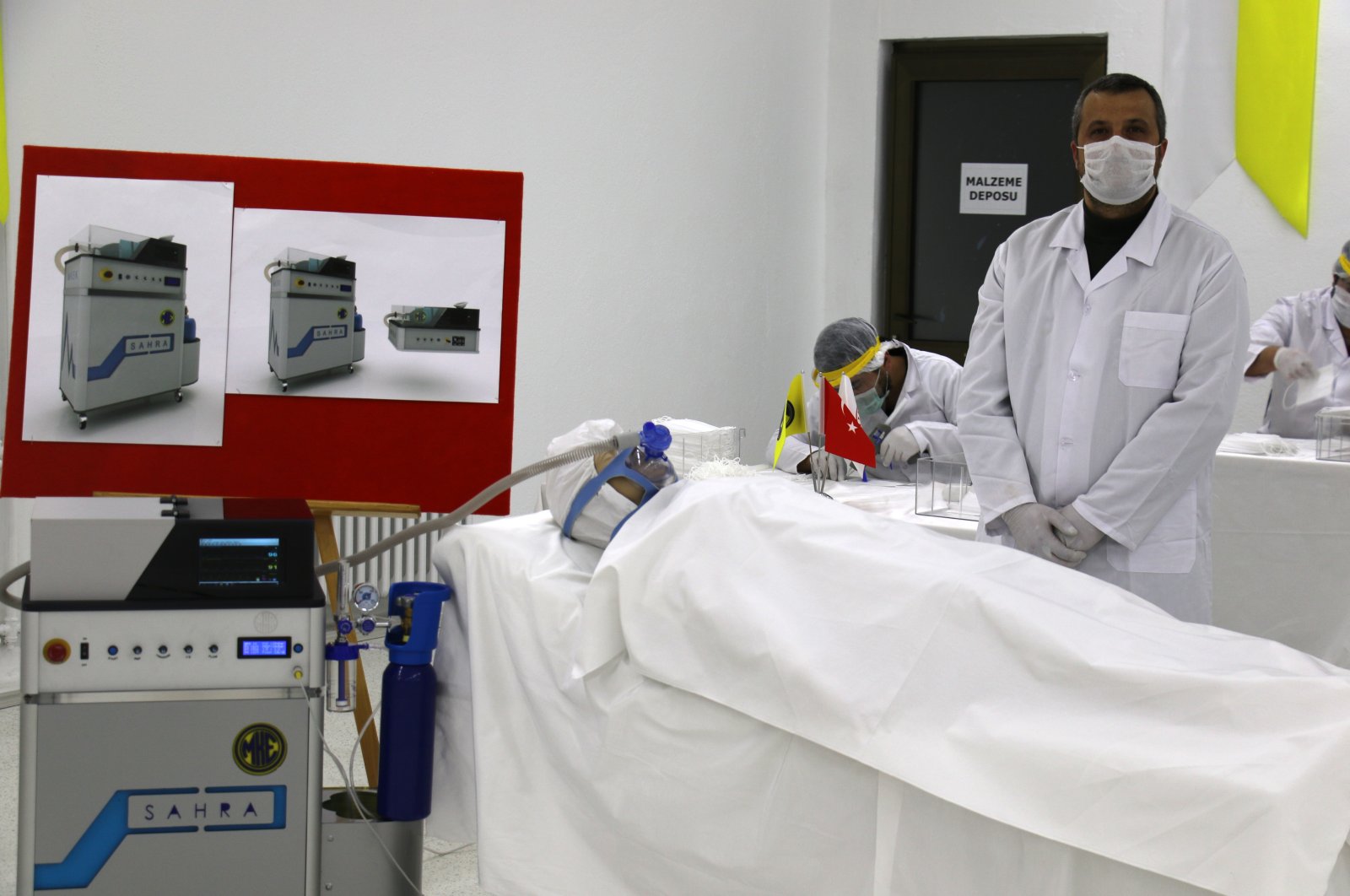 Turkey will "very soon begin mass production" of its own nationally developed respirators for use in the fight against the novel coronavirus, Ankara's communications director said Saturday.

"Our government's mobilization efforts aimed at producing all necessary medical supplies are bearing fruit. We will very soon begin mass production of our own nationally developed respirator, the ‘Sahra,'" Fahrettin Altun said in a series of tweets. "We are determined to ensure that Turkey will not need outside help for medical supplies."

The Sahra (meaning "Desert") mechanical breathing device was announced last week by National Defense Minister Hulusi Akar. Its production has been undertaken by state-owned weapons and munitions manufacturer the Mechanical and Chemical Industry Company (MKEK). The Sahra enables basic respiration for COVID-19 patients short of breath and suffering from low oxygen levels in the blood.

Altun said Ankara had already sent medical supplies to 54 nations, including test kits, masks and gloves while Turkey was "supporting very many nations and allies in this difficult time as a humanitarian duty."

"Some of his latest coronavirus diplomacy calls have included talks with Chancellor Merkel and Emir al-Thani. The discussions involved talk of both the current crisis and its aftermath," he said of telephone conversations the president had held with German and Qatari leaders on Friday.

"Domestically, we will continue to support our citizens throughout Ramadan with an additional aid package of TL 176 million ($25 million)," he said.

"All citizens will be allotted an additional 1 GB of internet to help them communicate with their loved ones," he added.

Turning to Ramadan, he wished "Muslims around the world a safe, healthy, and happy Ramadan" with Friday marking the first day of the Islamic holy month.

"Our brothers & sisters around the world must know Turkey will always be there for them. As we plan steps for normalization at the end of Ramadan, we hope to celebrate Eid in a more healed world!," Altun tweeted.

Since originating in China last December, COVID-19 has spread to at least 185 countries and regions.

The pandemic has killed more than 195,900 people, with total infections nearing 2.8 million, according to figures compiled by U.S.-based Johns Hopkins University. An excess of 781,300 patients have recovered.