Turkey steps up to inform locals in Syria of COVID-19, distributes info folders 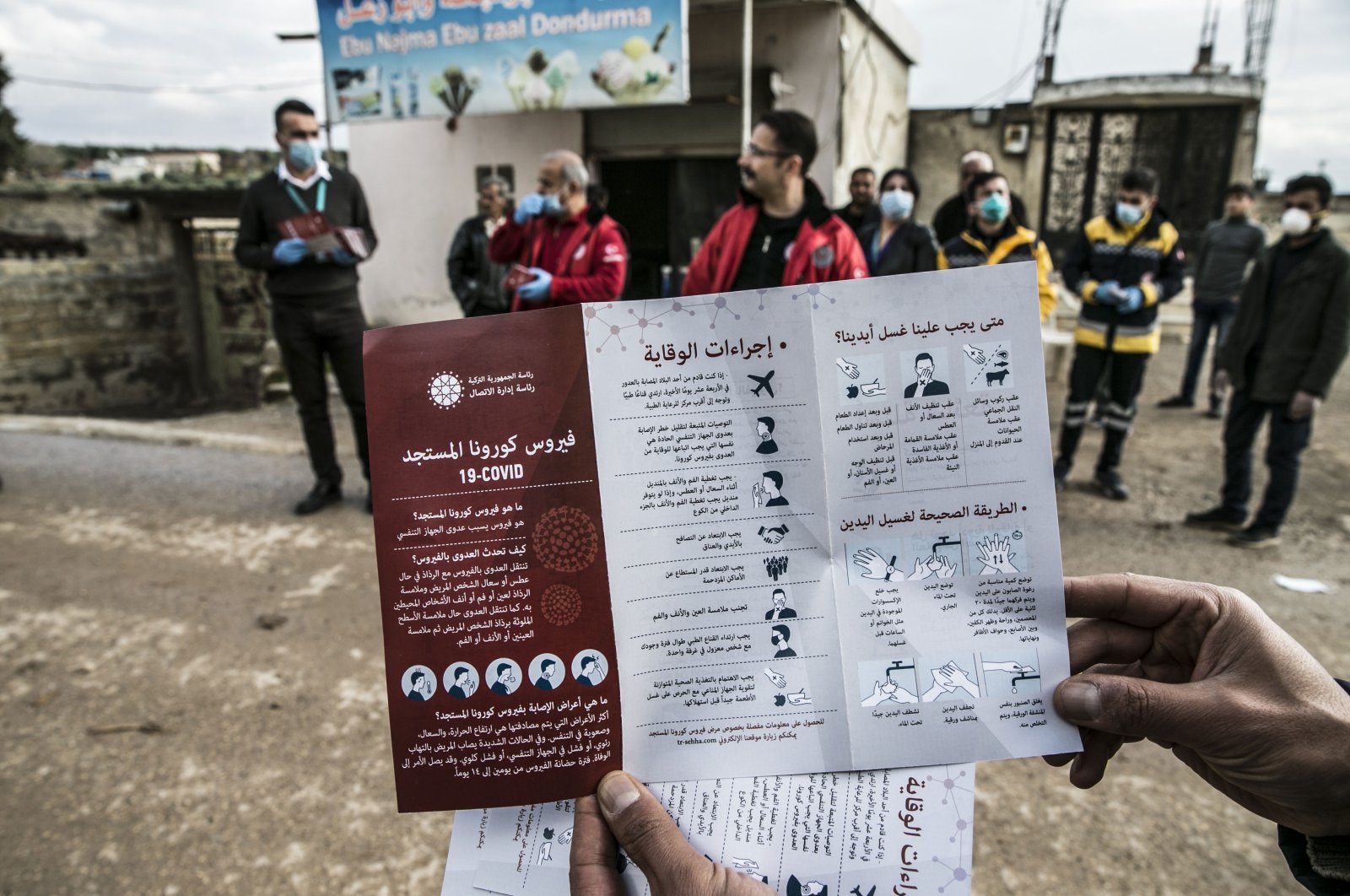 Turkey has rolled-up their sleeves to inform Syrians living in Turkish-backed Syrian opposition-controlled areas about the new coronavirus outbreak and raise awareness among locals to protect themselves from spreading the virus in the war-torn country. Units working under the Turkish Health Ministry have started to distribute informational brochures door-to-door in areas previously cleared of terrorists by the Turkish Army.

The brochures, prepared by the Turkish Presidency’s Communications Directorate, are written in Arabic and explains the ways to protect oneself from the new type of coronavirus (COVID-19). The brochures are distributed in the Operation Olive Branch, Operation Euphrates Shield and Operation Peace Spring areas, the directorate said in a statement Friday.

The six-page brochures aim to inform the locals against the threat of the pandemic and explains how the virus is transmitted, along with what the symptoms are. The detailed-brochures were set to be delivered to 500,000 households in the three regions while they will also be distributed in temporary accommodation centers in Turkey where Syrian nationals make up the majority.

Mohammed Abdo, who lives in the Hamam village of northwestern Syria’s Afrin, a province which was cleared of YPG/PKK terrorists by Operation Olive Branch, said that he found the brochures to be very useful.

Another local, Azime Uleyn, one of the residents of the region, also said: “We are trying to take measures against coronavirus by sitting in our houses and thanking Turkey for all the work done."

Meanwhile, a website (www.tr-sehha.com) was also launched in Arabic for the same purpose. Users visiting the site will be able to receive information about the latest developments on the virus outbreak regarding both Turkey and the world.

Turkey on Oct. 9 launched Operation Peace Spring to eliminate YPG/PKK terrorists from the area east of the Euphrates River in northern Syria to secure Turkey's borders, aid in the safe return of Syrian refugees and ensure Syria's territorial integrity.

Besides Operation Peace Spring, Turkey carried out two cross-border operations west of the Euphrates River – Operation Euphrates Shield in August 2016 and Operation Olive Branch in January 2018 – to drive out terrorists, including the YPG and Daesh, from its borders. Turkish and Free Syrian Army (FSA) forces entered Afrin town center and liberated it from terrorists on March 18.