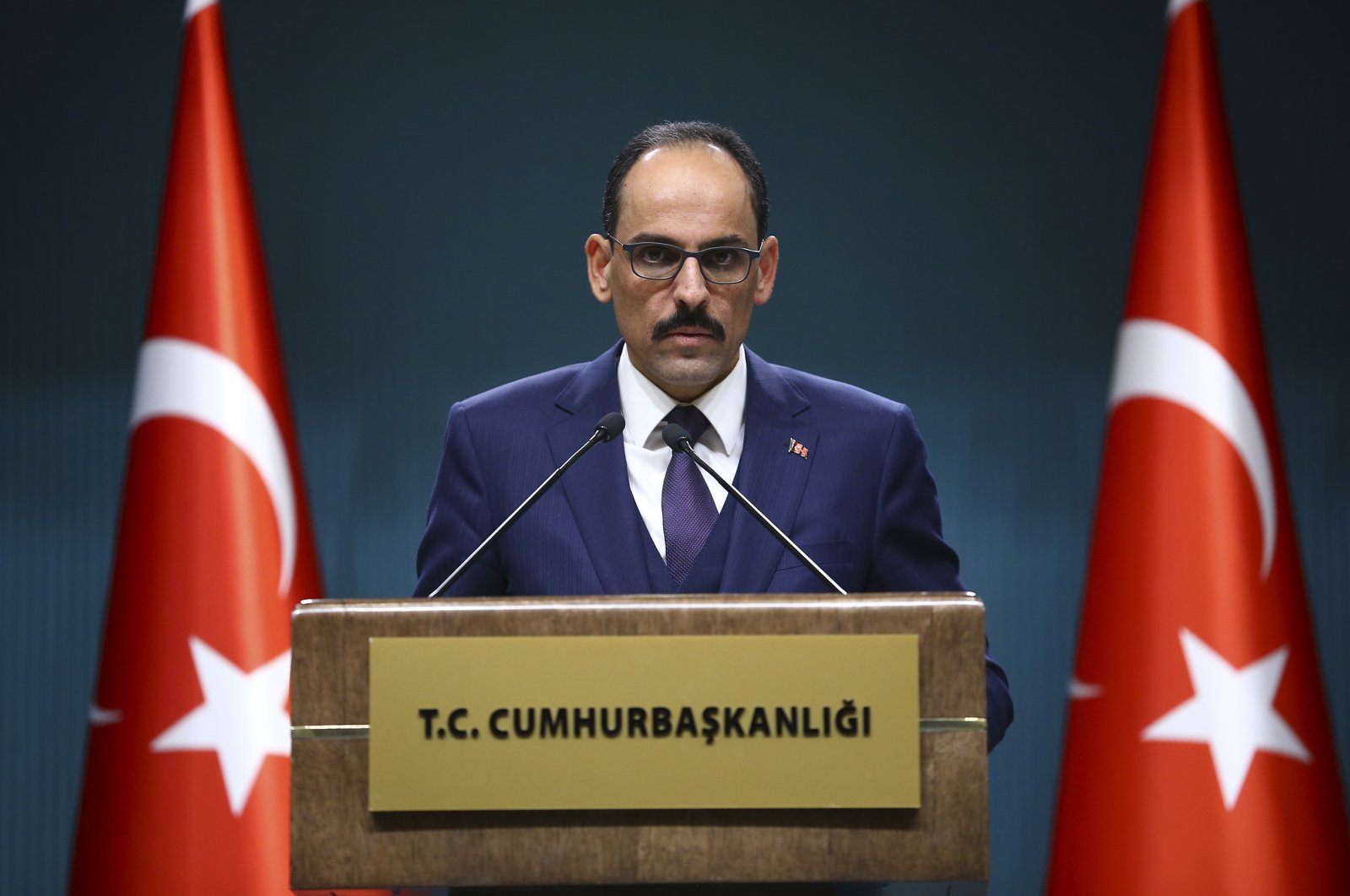 Turkey will continue to stand by the Crimean Tatar people, Presidential Spokesperson İbrahim Kalın said in a message posted on the occasion of the 76th anniversary of their mass deportation.

Referring to the deportations as a “dark stain” on history, Kalın said the Crimean Tatars were forced to leave their homes and work in labor camps in various countries in the Soviet Union on May 18, 1944.

“Most of the elderly, children and women lost their lives as a result of inhumane conditions on the roads and in camps,” Kalın said, adding that the rights of the Crimean people have still not been restored, even though 76 years have passed.

Kalın continued by noting that the Russian annexation of Crimea has paved the way for a new series of pain for the Crimean Tatar people, as he added that Turkey will continue to strive to protect their rights in all international platforms.

“Seventy-six years ago today (May 18), Crimean Tatar Turks, the indigenous people of Crimea, were forcibly uprooted from their motherland and deported under inhumane circumstances. A large part of the 250,000 Crimean Tatars lost their lives either on the way or in exile,” Foreign Ministry Spokesperson Hami Aksoy said Monday, adding that Crimean Tatars were not able to return to their motherland, the Crimean Peninsula, for decades after the exile of 1944.

“Turkey continues today, as in the past, to support the Crimean Tatar Turks to overcome unjust treatment they have been through and to live safely and in peace, preserving their identity. On this occasion, we confirm once again our support for the territorial integrity of Ukraine,” Aksoy underlined.

Aksoy stated that the “Circassian Exile” is another tragedy Turkey recalls with sorrow. On May 21, 156 years ago, the peoples of the Caucasus were forced to leave their homeland under dire conditions, resulting in the loss of many lives.

“We share the pain of our kinsmen, the Crimean Tatars and the brotherly peoples of the Caucasus, respectfully honor their memory and wish Allah’s mercy upon those who lost their lives during these tragic events which have left an indelible mark on our collective memory,” he added.

Meanwhile, Kalın also told a live broadcast Sunday that nothing will be the same after the post-coronavirus process.

"Let's not forget that the post-coronavirus process is the new normal. The conditions, dynamics and parameters of the new normal are being built right now. Nothing will be the same," Ibrahim Kalın said during a live-streamed broadcast on YouTube.

Turkey will gradually take steps to start post-coronavirus normalization, he said, adding most probably certain measures will be taken for the Muslim Eid al-Fitr holiday marking the end of the holy fasting month of Ramadan.

Speaking on what has been experienced in the European Union amid the fight against the virus, Kalın said the course of the pandemic in Europe weakened the idea of the EU and the spirit of solidarity.

"If the necessary measures are not taken, discussions about the legitimacy of these institutions will gain speed thereafter," he stressed.

Additionally, commenting on U.S. President Donald Trump's Chinese virus statement, Kalın said: "it is a manifestation of long-standing trade wars between the U.S. and China."

Trump has insisted on describing COVID-19 as a "Chinese virus," despite critics calling the label racist.

"Reducing a pandemic to an ethnic origin does not solve our problem. Being increasingly insensitive to such racist discourses, policies and attacks also normalize the idea of ​​racism. This is a very dangerous trend." he added.

He went on to say that a big boom has been seen in arms sales, especially in the U.S., and some racist discourses and attitudes toward certain groups have been seen in certain places.

Touching on "very dangerous" developments in India, Kalın said: "For example, there have been accusations that the virus spread among Muslims in India because Muslims did not take the necessary precautions in their religious ceremonies."

The pandemic has killed more than 315,000 people worldwide, with more than 4.7 million confirmed cases, while recoveries have surpassed 1.7 million, according to figures compiled by Johns Hopkins University in the U.S.