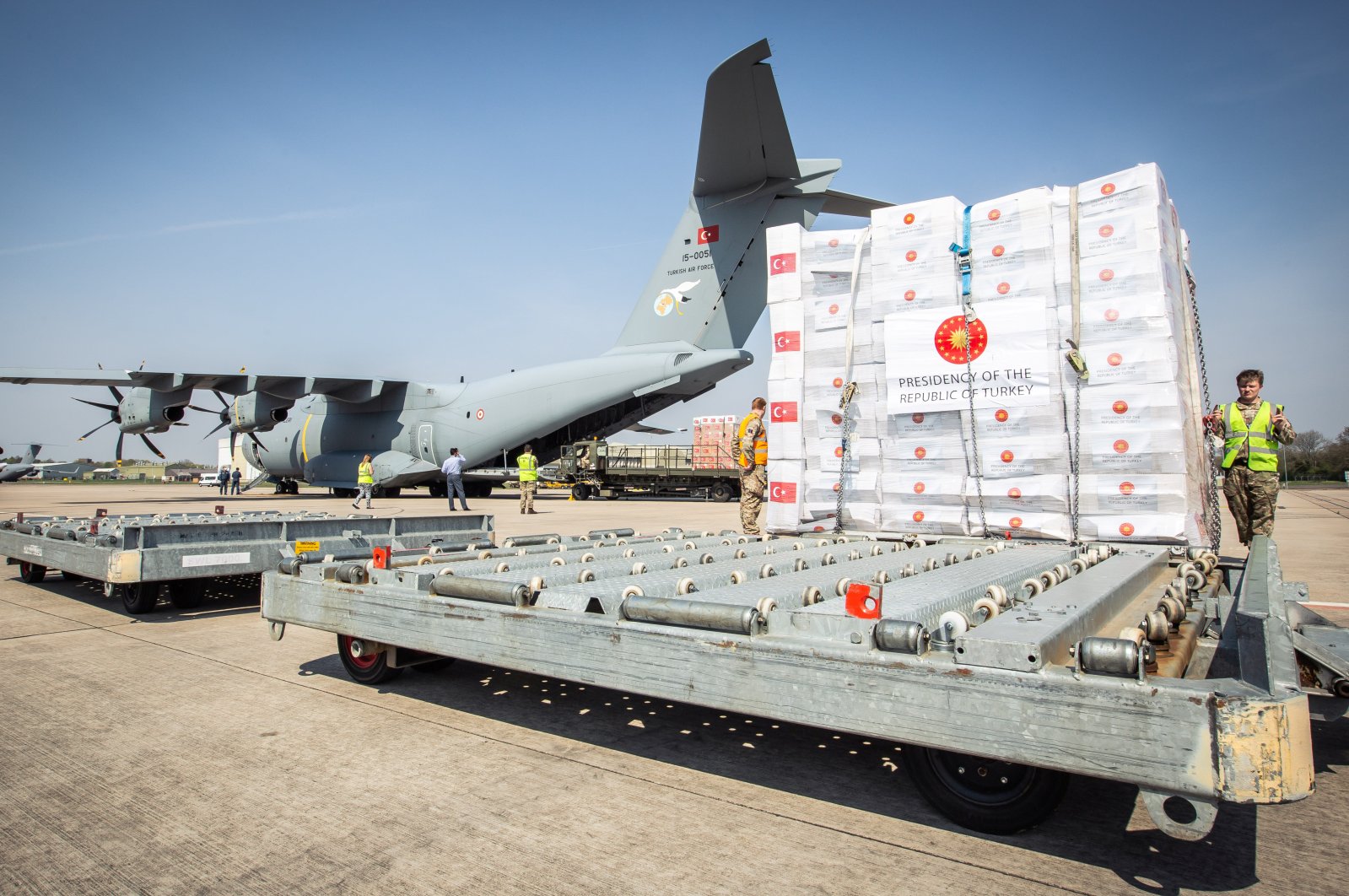 As the fight against the pandemic continues, Turkey has come to the forefront as a humanitarian leader. (AA Photo)
by DAILY SABAH WITH AA Jul 02, 2020 1:01 pm
RECOMMENDED

Turkey will send medical aid to Namibia and Kosovo under mutual agreements, according to a ruling published in the Official Gazette on Thursday.

The Turkish donation to Namibia is a "gesture of friendship and goodwill,” it added.

Similarly, the agreement between Turkey and Kosovo was signed on June 16 in the Turkish capital.

Turkey, as per the accord, will provide an ambulance to the Municipality of Mamusa in Kosovo for use in primary health services.

The equipped vehicle would also be "granted to the government of the Republic of Kosovo as a gesture of friendship and goodwill."

As the fight against the pandemic continues, Turkey has come to the forefront as a humanitarian leader while still maintaining its domestic success against the coronavirus. Almost two-thirds of the world have requested medical supplies from Turkey in their fight against COVID-19, and nearly half of these requests have been met.

Meanwhile, Turkey and the World Health Organization (WHO) agreed to a biennial collaborative agreement for 2020-2021.

The agreement, signed between Health Minister Fahrettin Koca and WHO Regional Director for Europe Hans Henri P. Kluge on April 1, aims to provide a practical framework for collaboration in line with national health priorities and WHO capacities.