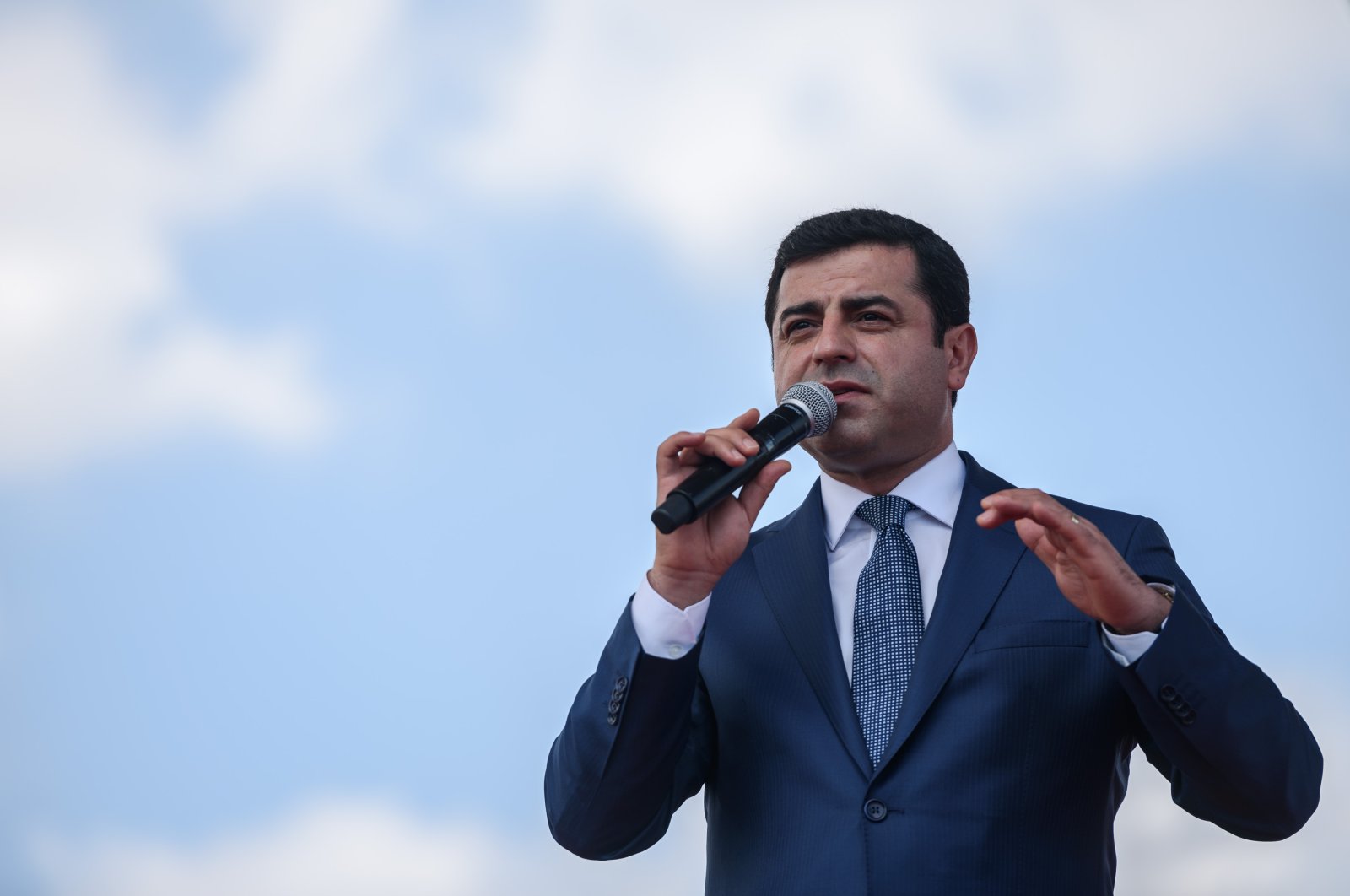 In this file photo taken on June 5, 2016 the then-co-chair of the pro-PKK HDP Selahattin Demirtaş delivers a speech in Istanbul during a rally on the lawmakers' immunity. (AFP Photo)
by Daily Sabah with Reuters Dec 22, 2020 7:25 pm
RECOMMENDED

The ruling Justice and Development (AK Party) spokesperson Ömer Çelik said that Turkey will evaluate the European Court of Human Rights' (ECtHR) decision regarding Selahattin Demirtaş, the former co-chair of the pro-PKK Peoples' Democratic Party (HDP). "This is a newly released reasoned decision. The Turkish judicial system will evaluate it and do what's necessary," Çelik said in a statement late Tuesday.

The European court ruled that Turkey should immediately release Demirtaş, and said the justification for his years in prison was "cover for limiting pluralism and debate."

The Grand Chamber of the ECtHR said that the politician – who is charged with terrorism-related offenses – had his freedom of expression, liberty and other rights violated. His pre-trial detention sent "a dangerous message to the entire population" that sharply narrowed free democratic debate, it said.

"The Court thus concluded that the reasons put forward by the authorities for the applicant's pre-trial detention had merely been a cover for an ulterior political purpose, which was a matter of indisputable gravity for democracy," the Chamber said.

Turkey's Constitutional Court also previously ruled that the lengthy jailing of Demirtaş violated his rights, a decision that was published in the Official Gazette in June, but he was not released due to a separate investigation.

He has been in jail since 2016 on terrorism-related charges.

The court's decision said his detention had exceeded a reasonable period and his right to freedom had been violated. It also ordered compensation of TL 50,000 ($7,300) to be paid.