Turkey to hold trial in absentia for Khashoggi murder suspects 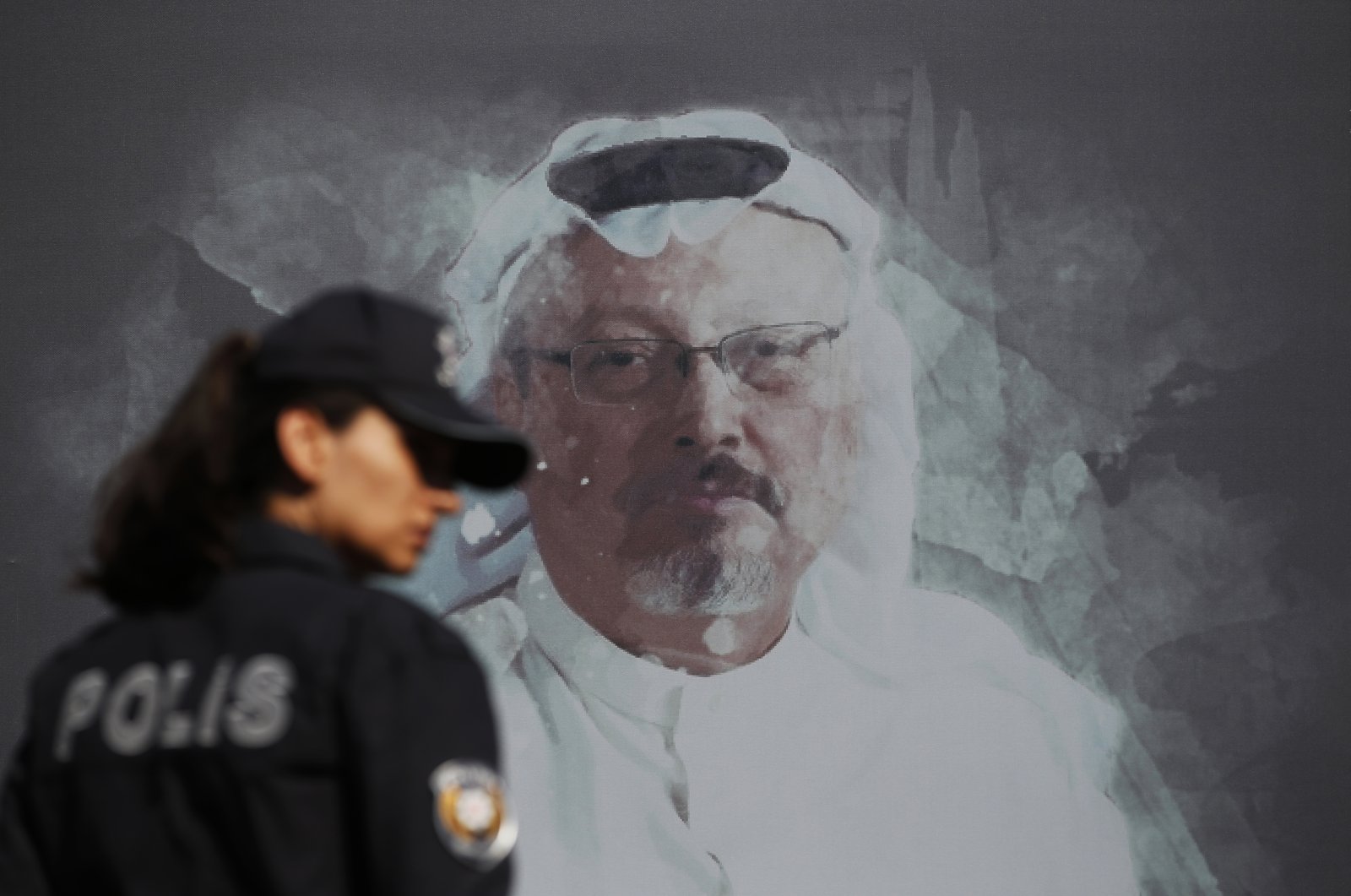 A Turkish police officer walks past a picture of slain Saudi journalist Jamal Khashoggi prior to a ceremony, near the Saudi Arabia consulate in Istanbul, marking the one-year anniversary of his death, Wednesday, Oct. 2, 2019. (AP Photo)
by compiled from agencies
Jul 01, 2020 9:14 am

Turkey will try the 20 suspects in the 2018 murder of journalist Jamal Khashoggi – including two former aides to Saudi Crown Prince Mohammed bin Salman – in absentia on Friday, his fiancee told AFP on Tuesday.

Khashoggi, 59, a Riyadh critic commentator who wrote for The Washington Post, was killed after he entered the Saudi consulate in Istanbul on Oct. 2, 2018, to obtain paperwork for his wedding to Turkish fiancee Hatice Cengiz.

Eighteen other suspects – including intelligence operative Maher Mutreb who frequently traveled with the crown prince on foreign tours – were also charged with "deliberately and monstrously killing, causing torment."

They face life in jail if convicted.

Agnes Callamard, the U.N. special rapporteur on extrajudicial, summary or arbitrary executions, is also expected to attend the trial.

There was no immediate official confirmation of the trial in absentia.

Turkish prosecutors had already issued arrest warrants for the Saudi suspects, who are not in Turkey.

Khashoggi's sons announced in May that they "forgive" the killers of their father.

However, his fiancee said, "no one" had the right to pardon his murderers.

"His ambush and heinous murder do not have a statute of limitations and no one has the right to pardon his killers. I and others will not stop until we get #JusticeForJamal," Khashoggi's fiancee Hatice Cengiz tweeted.

"The killers came from Saudi with premeditation to lure, ambush & kill him... We will not pardon the killers nor those who ordered the killing," she added.

Khashoggi – who was close to the Saudi royals but became a critic – was killed and dismembered at the kingdom's consulate, in a case that tarnished the reputation of Crown Prince Mohammed.

His remains have never been found.