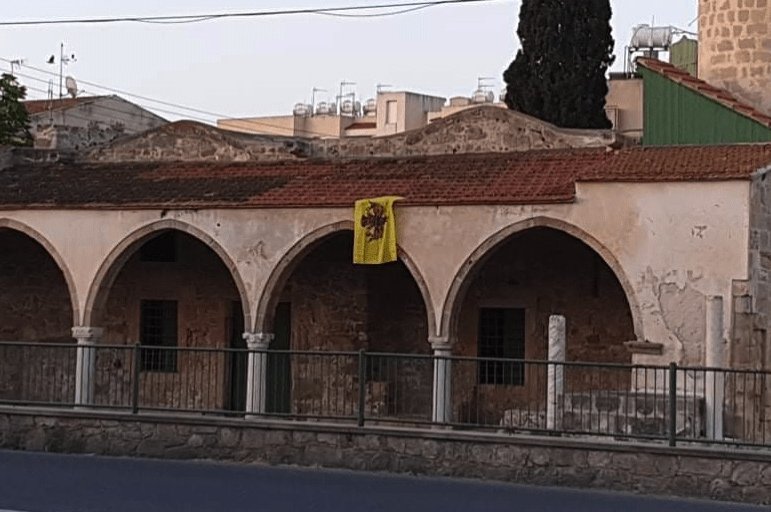 Turkey and the Turkish Republic of Northern Cyprus (TRNC) condemned on Sunday the hanging of a Byzantine flag on a mosque in the city of Larnaca in Greek Cyprus.

Turkish Vice President Fuat Oktay said in a tweet, "The Greek administration should stop encouraging anti-Turkish and Islamophobic activities that are being fanned by some dark forces in the south of the island and should take measures to put an end to this diseased mentality."

Ömer Çelik, the spokesman of Turkey's ruling Justice and Development Party (AK Party), said in a tweet: "We strongly condemn the hanging of a Byzantine flag on the mosque in Tuzla village in Southern Cyprus. The Greek administration should stop hostility toward Islam."

"Those who promote Islamophobia will soon face the troubles caused by the fascists they protect," he added.

"Obviously there is someone who hopes to rely on provocation. After the arson attempt of the mosque in Limassol, this action should not be underestimated and the Greek administration should pursue those who do," he said in a statement.

Turkey's Communications Director Fahrettin Altun said on Twitter that the attack did not comply with humanity and conscience.

"Hanging the Byzantine flag on the Tuzla Mosque in Larnaca has hit us hard and everyone who defends freedom of belief," Altun said, adding Turkey demanded an immediate end to the attacks against the country and Islam and punishment of the offenders.

Turkish Cypriot Prime Minister Ersin Tatar called on the Greek Cypriot administration to "come up with a policy to stop anti-Islamic activities."

TRNC's top religious authority said it was saddened by the news and asked the archbishop to explain the matter.