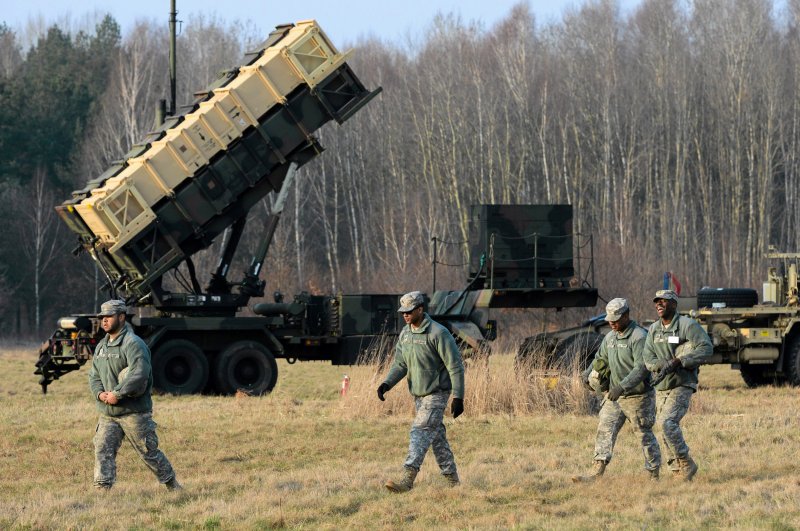 U.S soldiers walk next to a Patriot missile defense battery during join exercises at the military grouds in Sochaczew, Poland, March 21, 2015. (Reuters Photo)
by Daily Sabah with Reuters Feb 29, 2020 7:00 pm

Çavuşoğlu made the comments to reporters Saturday after a meeting with U.S. Secretary of State Mike Pompeo in the Qatari capital Doha. Çavuşoğlu also said that the Bashar Assad regime must immediately stop the aggression in Idlib.

"We have 34 martyrs after the regime's treacherous attack. These attacks will not deter our determination. This determination has only become stronger. We have given the necessary response and we are continuing to do so," he added.

Turkey's goals are to stop the regime assault on civilians in Idlib and secure a lasting cease-fire in the region, Çavuşoğlu stressed.

"The regime and its supporters' aggression must be stopped. Russia clearly supports the regime, it's no secret. Armed groups are also being brought [to Idlib] from left and right," he said.

Attacks from the forces of the Bashar Assad regime have killed 55 Turkish soldiers this month. President Recep Tayyip Erdoğan has threatened to push back Assad forces if they do not pull back to pre-determined lines.