Turkey will continue to stand with its Azerbaijani brothers, Defense Minister Akar says 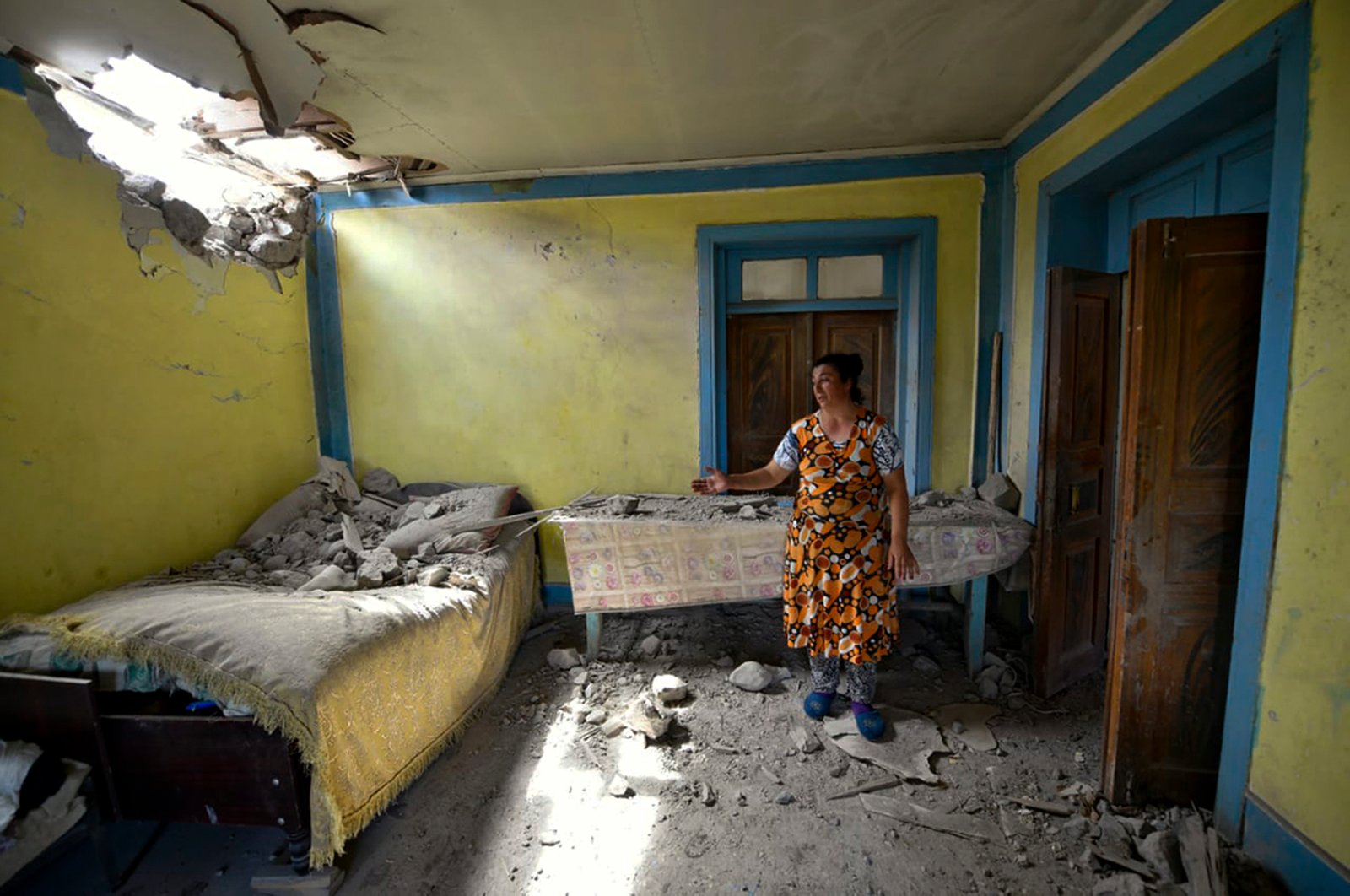 A woman shows damage to her house after shelling by Armenian forces in the Tovuz region of Azerbaijan, July 14, 2020. (AP Photo)
by Anadolu Agency Jul 20, 2020 10:10 pm
RECOMMENDED

In the wake of aggression by Armenia, Turkey will continue to stand with its Azerbaijani brothers in the face of military attacks and other challenges, Turkish Defense Minister Hulusi Akar said Monday.

Akar made the remarks in the capital Ankara when receiving Ramiz Tahirov, Azerbaijan's deputy defense minister, and Kerem Mustafayev, army chief of the Nakhchivan Autonomous Republic, an exclave of Azerbaijan bordering Armenia, Turkey and Iran.

At the meeting, also attended by Turkish Chief of General Staff Gen. Yaşar Güler and other top ministry officials, Akar and Azerbaijani officials underlined the brotherhood between the two countries.

Against the backdrop of the attacks by neighboring Armenia, Akar stressed that Turkey will always stand with its Azerbaijani brothers.

On the security of Azerbaijan and the region, Akar said Turkey and the Turkish Armed Forces (TSK) will continue to do what they have to do, adding, "No one should doubt that."

Azerbaijan has blasted Armenia's "provocative" actions, with Ankara supporting Baku and warning Yerevan that it will not hesitate to stand against any attack on its eastern neighbor.

Four United Nations Security Council and two U.N. General Assembly resolutions, as well as decisions by many international organizations, decry the illegal occupation and demand the withdrawal of Armenian forces from Nagorno-Karabakh and seven other occupied regions of Azerbaijan.