Turkey will not dare to turn Hagia Sophia into mosque, Greek archbishop says 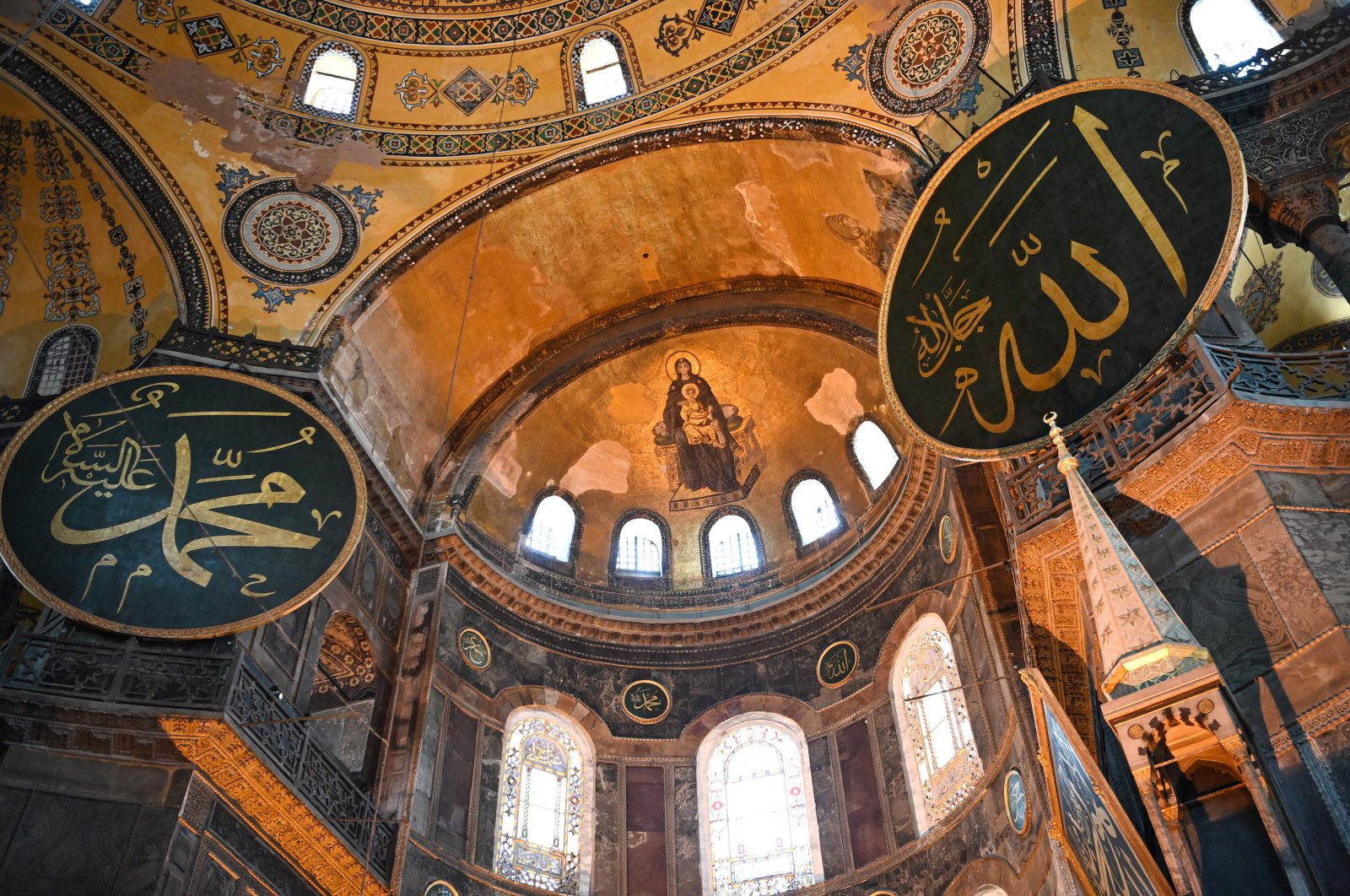 A fresco of the Virgin Mary and child and a calligraphic Roundels with Arabic letters bearing the name of Allah and other Muslim prophets hanging on the dome of the Hagia Sophia Museum in Istanbul, July 2, 2020. (AFP Photo)
by DAILY SABAH Jul 07, 2020 12:01 pm
RECOMMENDED

The head of the Orthodox Church of Greece said Monday that Turkey would not dare to turn Hagia Sophia, the historic former cathedral in Istanbul, into a mosque.

Visiting the Messenia region in Greece, Archbishop Ieronymos answered a local television channel’s questions and said: “They play with any game they can get their hands on. This is also a game. I believe they will not dare.”

Turkey's top court is debating whether one of the architectural wonders of the world can be converted into a mosque. The Council of State on Thursday completed the hearing on whether Hagia Sophia should remain a museum or be turned into a mosque and would deliver a written verdict within 15 days.

Some regional church leaders, also known as metropolitans, in Greece also commented on the issue of Hagia Sophia status. Metropolitan Eugenios of Rethymno said Hagia Sophia built as a church and added: “We pray for it to remain as a museum.”

On Monday, the leader of Russia's Orthodox Church Patriarch Kirill also said he was "deeply concerned" by calls in Turkey to alter the status of the Hagia Sophia.

The Hagia Sophia, one of the world’s most important historical and cultural heritage sites, was built in the sixth century during the reign of the Byzantine Empire and served as the seat of the Greek Orthodox Church. It was converted into an imperial mosque with the Ottoman conquest of Istanbul in 1453. The structure was converted into a museum during the strictly secular single-party rule in 1935, but there have been discussions about converting it back to a mosque, with public demand to restore it as a place of worship gaining traction on social media.

While some groups have long been pressing for the structure, which they regard as a Muslim Ottoman legacy, to be converted back into a mosque, others believe the UNESCO World Heritage site should remain a museum, as a symbol of Christian and Muslim solidarity.