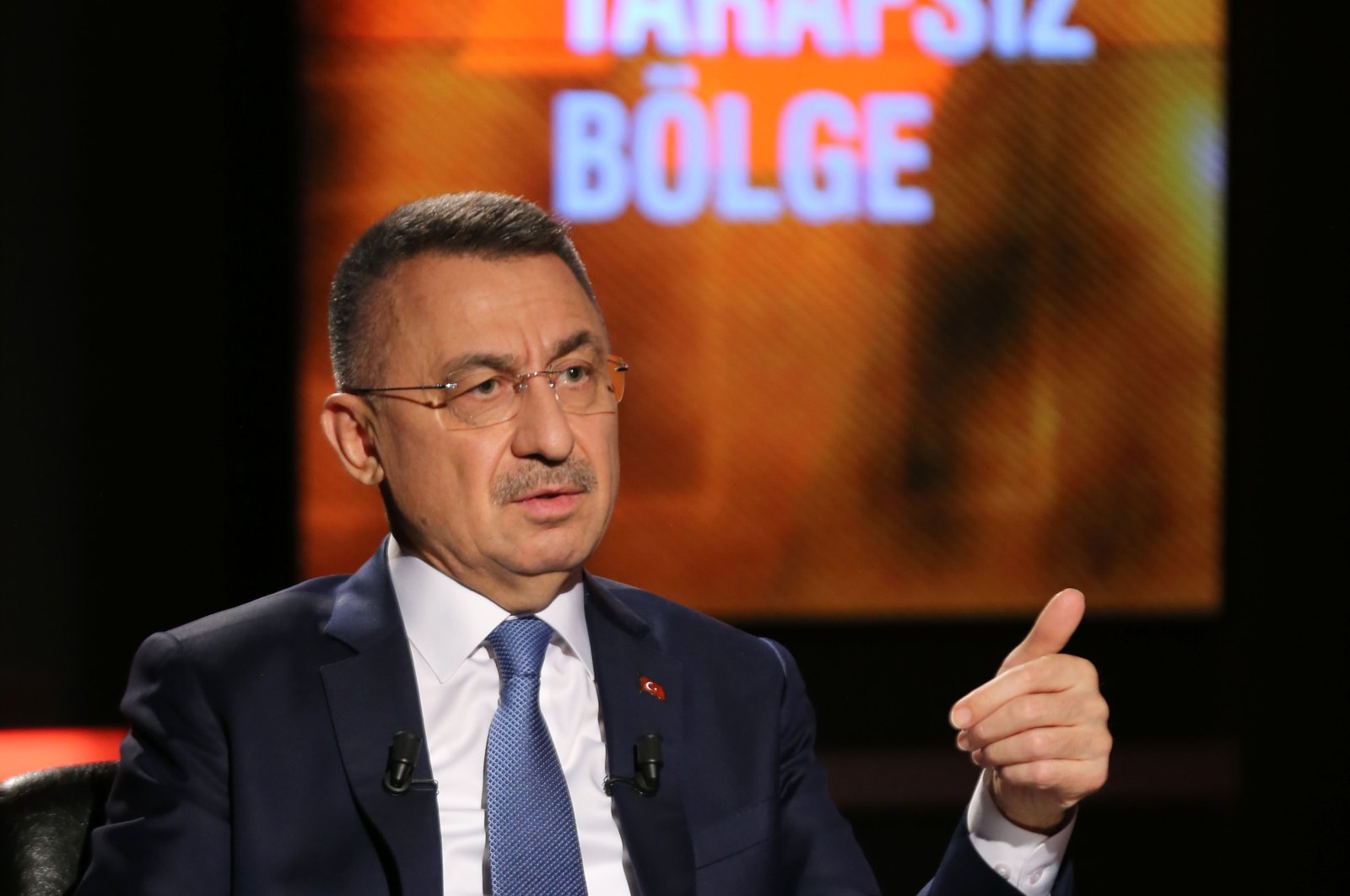 Turkey will not hesitate to send troops and provide military support for Azerbaijan if such requests were made by Baku, Vice President Fuat Oktay said Wednesday, adding that there were no such requests at the moment.

Earlier in the day, Armenia's prime minister Nikol Pashinyan said he saw "no possibility of a diplomatic solution at this stage" in the Nagorno-Karabakh conflict with Azerbaijan.

Turkey has vowed full solidarity with Azerbaijan as Yerevan continues its illegal occupation of Azerbaijani lands.

During an interview with the private broadcaster, CNN Türk, Oktay also criticized the OSCE Minsk Group, consisting of France, Russia and the United States, formed to mediate the conflict. He said the group was trying to keep the issue unresolved and supporting Armenia, both politically and militarily.

The disputed Nagorno-Karabakh is internationally recognized as Azerbaijani territory.

Nagorno-Karabakh lies within Azerbaijan but has been under the control of Armenian separatists, backed by Armenia, since a war there ended in 1994. The current fighting that started on Sept. 27 marks the biggest escalation in the conflict since.

Two Russia-brokered cease-fires frayed immediately after entering force and the warring parties have continued to trade blows with heavy artillery, rockets and drones.