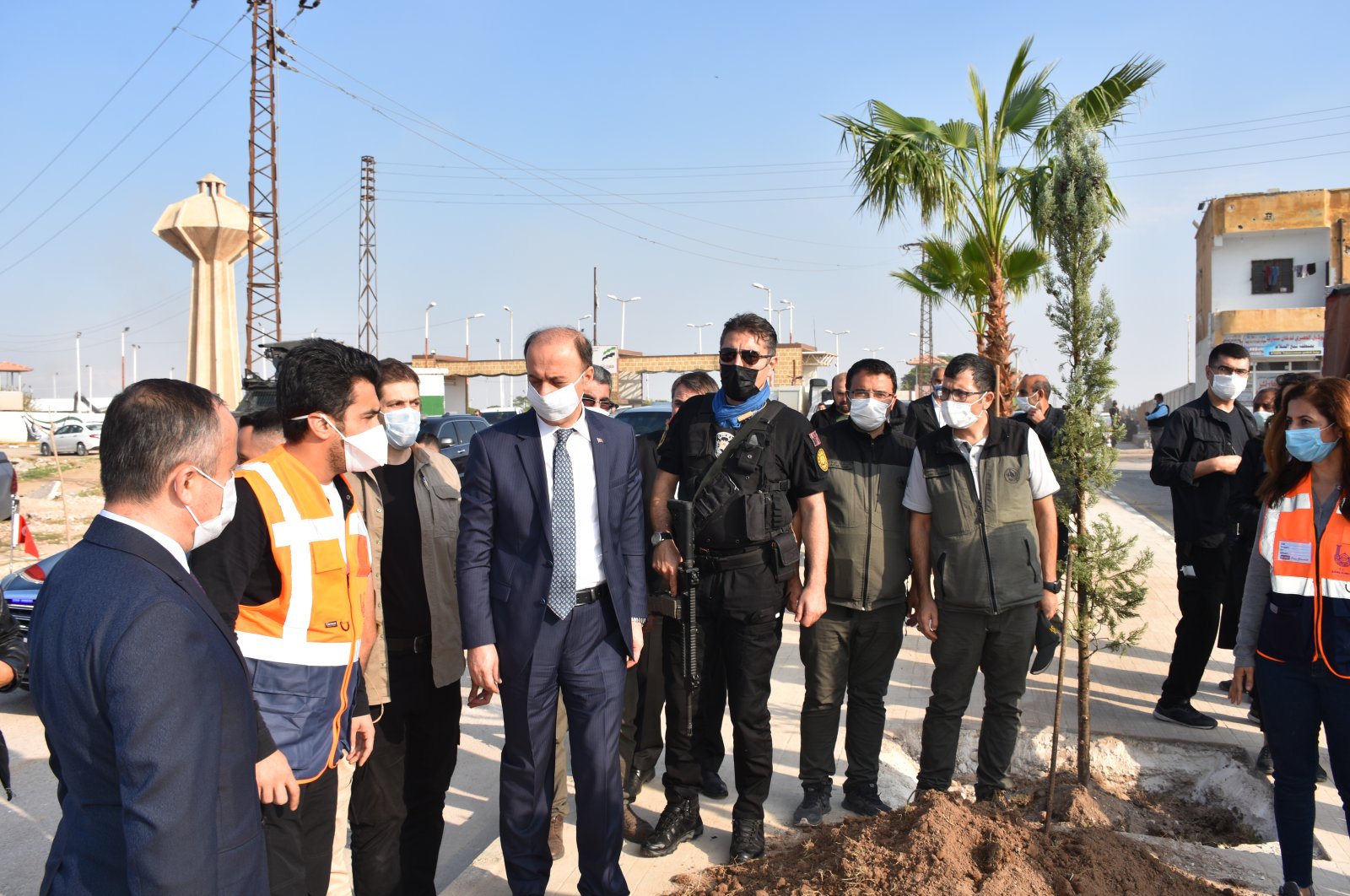 Turkey’s Disaster and Emergency Management Authority (AFAD) and the Şanlıurfa governorate distributed humanitarian aid to people in need in areas of northern Syria that were liberated from terrorists in an operation last year, the provincial governor's office said Thursday.

In coordination with the Syria Support and Coordination Center, a division of the governor's office of Turkey's southeastern Şanlıurfa province, AFAD handed out food parcels to the needy in the Ras al-Ain and Tal Abyad districts.

AFAD, which organizes humanitarian aid distributions in neighborhoods and villages where families with limited income are located, provides a minimum of a month's worth of meals based on the number of family members.

Tal Abyad is populated to a great extent by Arabs and was occupied by the Daesh terrorist group in 2014. A year later, the PKK’s Syrian affiliate, the YPG, occupied the city with the support of the U.S. Tal Abyad was cleared of terrorists as part of Turkey's Operation Peace Spring on Oct. 13.

Ras al-Ain was also freed from YPG terrorists on Oct. 12 as part of Operation Peace Spring, launched by Turkey on Oct. 9.

Since then, locals have gradually returned to the area with humanitarian aid being provided with the help of the Turkish Armed Forces (TSK) and the Turkish Red Crescent.

Despite civilians' return, however, the majority of the population suffers from poverty, homelessness and unemployment due to the destruction caused by war.

In order to ease the suffering of locals, various Turkish aid organizations launched mobilization work, intensifying their efforts in the region.