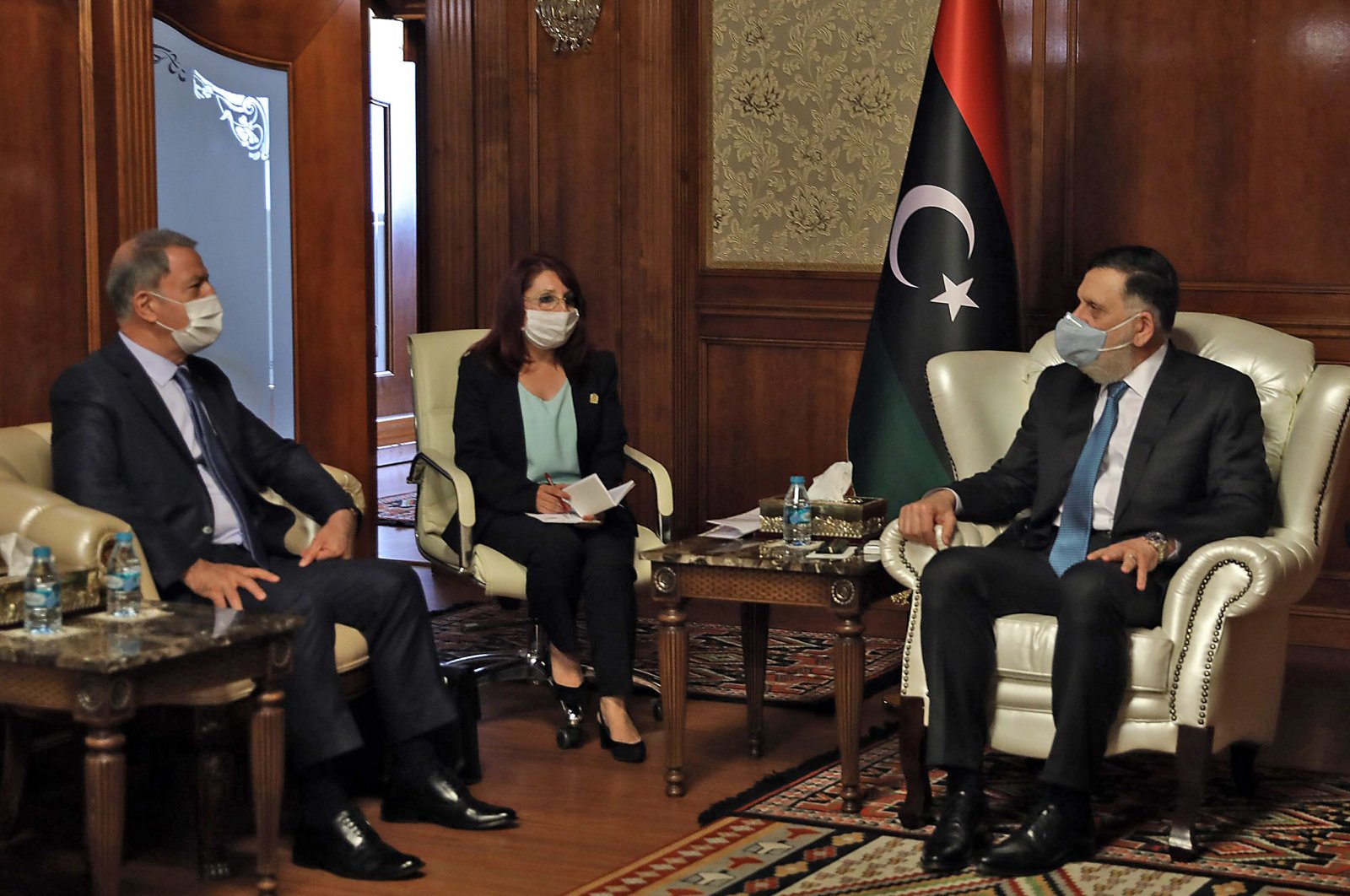 Defense Minister Hulusi Akar and Chief of General Staff Gen. Yaşar Güler on Friday visited the Libyan capital Tripoli to review activities carried out as part of the memorandum of understanding signed between the two countries.

A military ceremony was held for the duo upon their arrival at the Mitiga International Airport in the capital Tripoli.

Following the ceremony, Akar and Güler went to the Defense Security Cooperation and Training Assistance Advisory Command, which was created within the scope of the bilateral agreement.

The two met with members of the Turkish and Libyan militaries, including Osama al-Juwaili, commander of Operation Peace Storm.

"I want you to know that we are with you today and tomorrow, and will do whatever is required for our Libyan brothers under the instructions of our president," Akar said.

“Our defense minister is there now and with the work he is getting done in Libya, we want to make sure that we follow the process closely,” Erdoğan told reporters.

On Nov. 27, 2019, Ankara and Tripoli signed two separate pacts; one on military cooperation and the other on maritime boundaries of countries in the Eastern Mediterranean.

The maritime pact asserted Turkey's rights in the Eastern Mediterranean in the face of unilateral drilling by the Greek Cypriot administration, clarifying that the Turkish Republic of Northern Cyprus (TRNC) also had rights to the resources in the area. The pact went into effect on Dec. 8.

Since the ouster of late dictator Moammar Gadhafi in 2011, two seats of power have emerged in the country – one in eastern Libya supported mainly by Egypt and the United Arab Emirates and the other in Tripoli, which enjoys United Nations and international recognition.