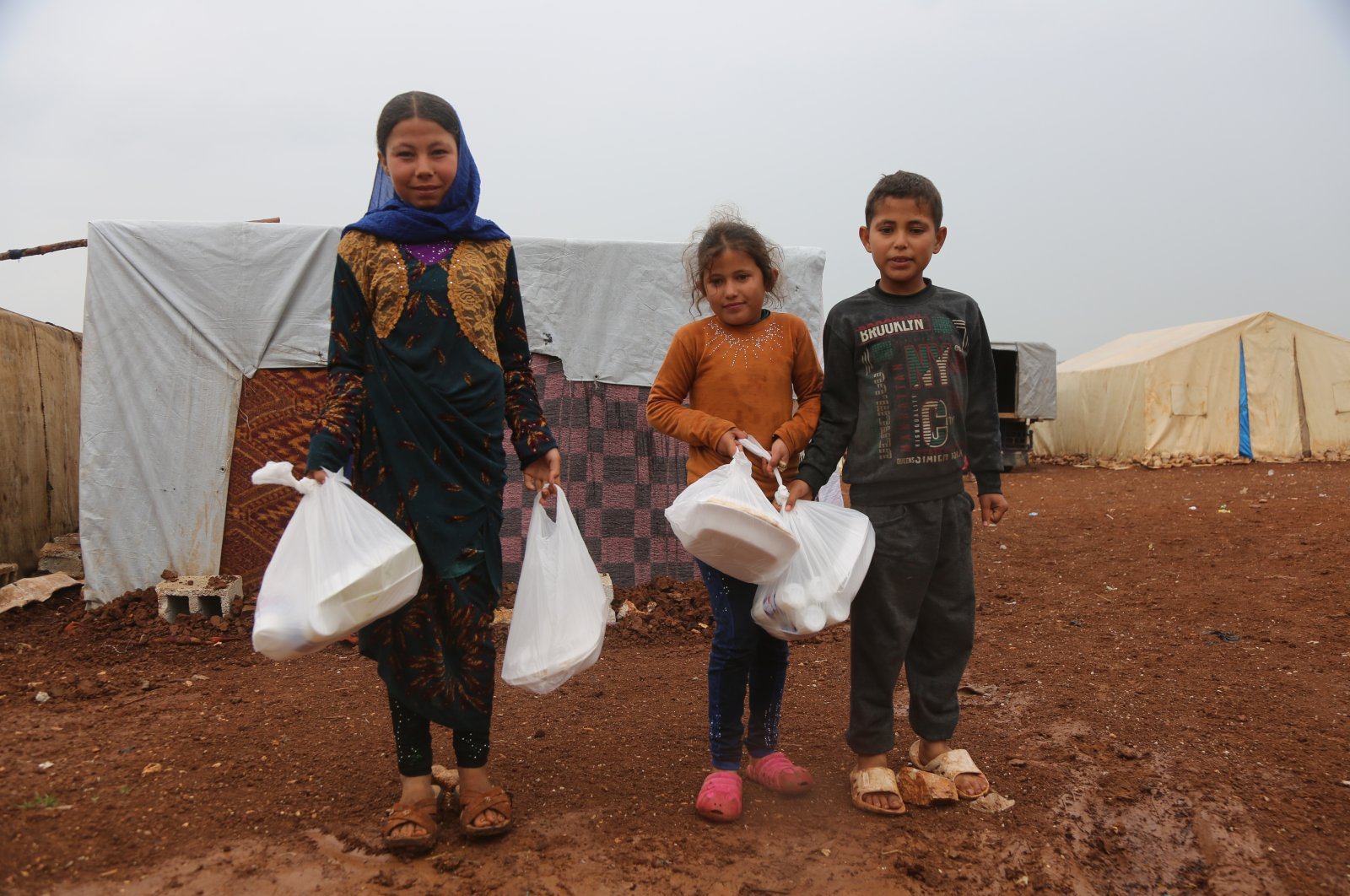 The Turkish Red Crescent on Sunday distributed 1,000 food parcels among the poor in northwestern Syria as part of its Ramadan drive.

According to the governorship of Şanlıurfa, the aid agency distributed food parcels in the Ras al-Ayn and Tal Abyad districts of northern Syria, which were cleared of terrorists in Turkey's Operation Peace Spring.

The agency is also planning to distribute another 1,000 food parcels toward the end of the Islamic holy month.

The Turkish Red Crescent is the largest humanitarian organization in Turkey, with an international network ever-poised to help various nations in need.

Turkey is involved in war-torn Syria to protect civilians and eliminate terrorists.

Another Turkish aid group on Friday distributed relief assistance to 5,000 families around the northern Syrian town of Azaz on the first day of the Muslim holy fasting month.

Unable to provide meals for iftar, the breaking of the fast, due to measures against the novel coronavirus, the Istanbul-based Humanitarian Relief Foundation (IHH) distributed food packages to local families.

Yakup Alaca, the IHH representative in the southern Kilis province of Turkey, said the group chose to deliver packages instead of organizing a mass iftar event due to coronavirus.

Alaca added that the IHH would continue its assistance activities during Ramadan and stand by Syrians.

In the last four years, Turkey's Euphrates Shield, Olive Branch and Peace Spring operations liberated the northern Syrian region from YPG/PKK and Daesh terrorists, allowing hundreds of thousands of displaced civilians to return to their homes.

Schools have been renovated and a hospital is also being built in Azaz. Turkey also helps locals build olive oil facilities in the area, where agriculture is the main source of income for residents.

IHH has been working since 1992 with the purpose of delivering aid to all people in need, especially those who are victims of a catastrophe, war, natural disaster or wounded, crippled, starved, homeless or persecuted regardless of their religion, language, race or sect and to prevent the violation of basic human rights and freedoms of those people. IHH’s voluntary relief activities evolved to an official organization in 1995 and spread to five continents as it established a bridge of goodwill stretching from Turkey to 135 countries and territories.