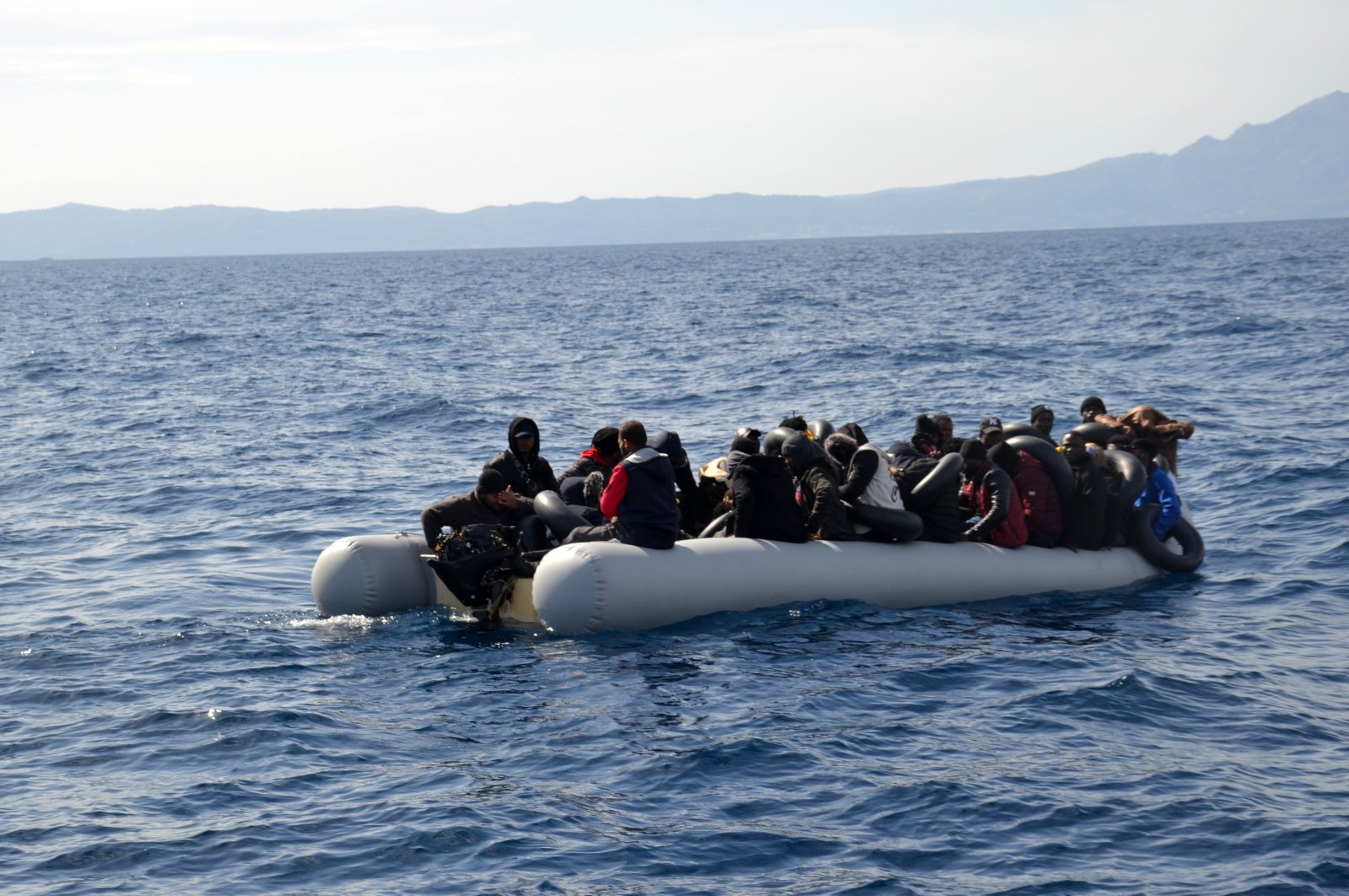 The coast guard teams rescued the group of people from rubber boats which had been directed to Turkish territorial waters by the Greek coast guard, said the sources, who asked not to be named due to restrictions on speaking to the media.

The coast guard personnel had been stationed near the Dikili, Menderes and Çeşme regions of İzmir province and responded to a call for help from the migrants and refugees.

Late last month, Turkey announced it would no longer try to stop them from reaching Europe via land, while banning boat crossings as too dangerous. The decision to open the border came after 34 Turkish soldiers were killed last month by forces of the Bashar Assad regime in northwestern Syria's Idlib province. The Turkish soldiers were stationed there to protect local civilians whose safety had been guaranteed as part of a 2018 deal with Russia.

Turkey already hosts nearly 4 million Syrian migrants, more than any other country in the world, and says it cannot handle another wave.

Greece's response to those trying to enter the country without prior authorization has been harsh, with at least three killed by Greek security forces on the land border with Turkey and many others battered and teargassed.

Turkish officials said earlier this month that the Greek coast guard had attempted to sink boats carrying migrants and refugees toward the Greek islands, opening fire and hitting the people on the boats with long sticks.

Human Rights Watch has urged Greece and the European Union to respect human rights in its response to Turkey’s new policy.