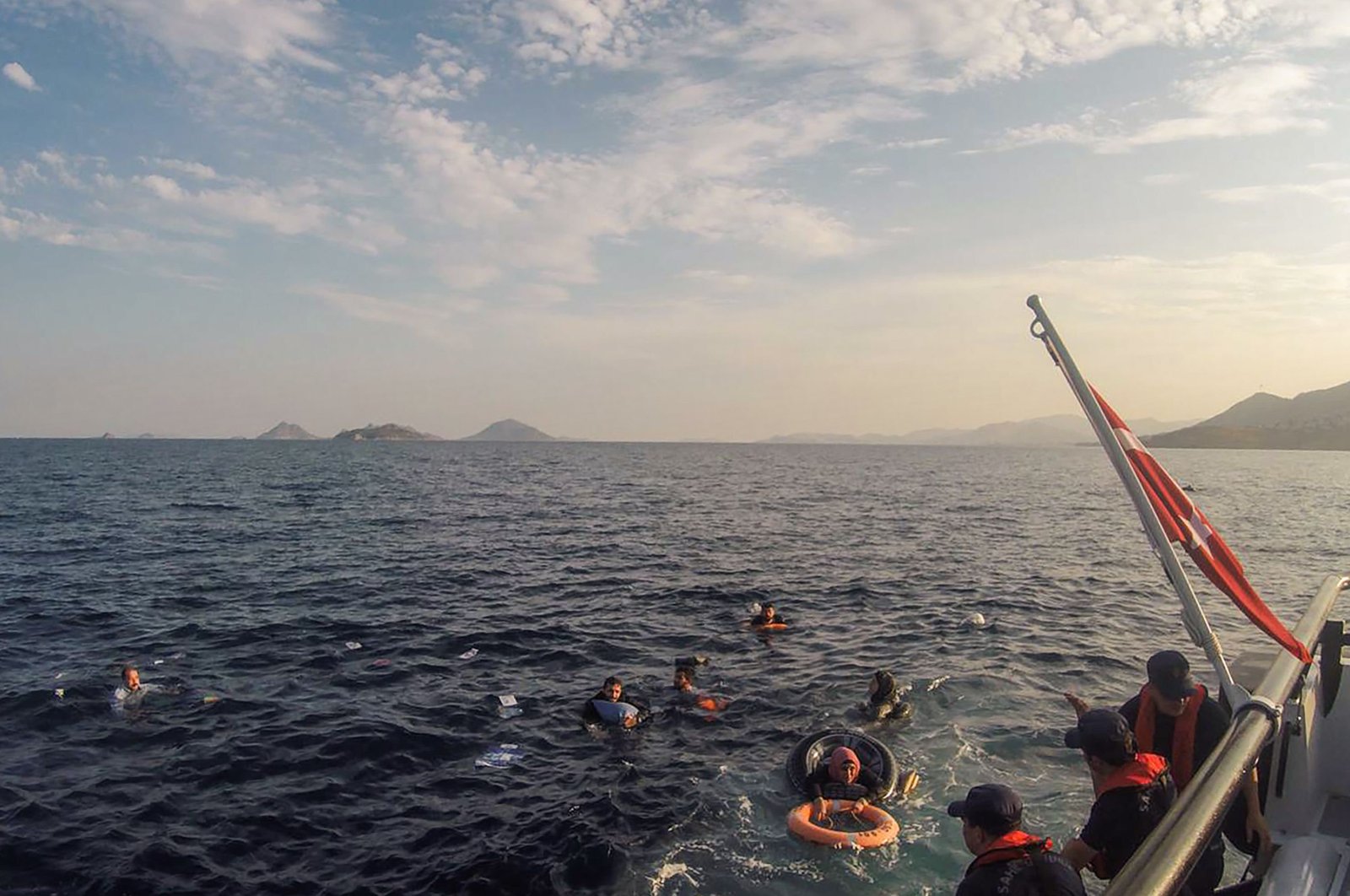 This handout picture released and taken on June 17, 2019, by the Turkish coastguard shows illegal migrants being rescued after their boat sank in the Aegean sea, off the coast of southwestern Turkey. (AFP File Photo)
by DAILY SABAH WITH AA May 08, 2020 12:28 pm

A boat carrying 26 migrants and refugees in the Aegean Sea was rescued on Thursday by the Turkish Coast Guard Command.

The boat carrying Syrian nationals, including women and children, was pushed into Turkish waters by the Greek side.

The Syrians were rescued off the coast of Turkey's Muğla province and transferred to the provincial immigration authority.

In the past two months, Turkish security guards rescued more than 170 migrants and refugees off the Aegean coast after they were forced by Greece into Turkish territorial waters.