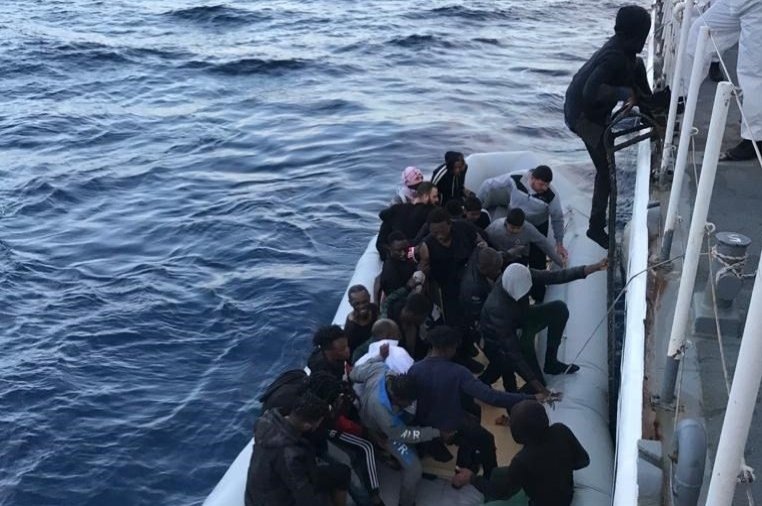 The Turkish Coast Guard has rescued more than 900 migrants in the Aegean between June 22 and July 22, after they were pushed back by the Greek authorities into Turkey's territorial waters.

The migrants, most of them fleeing war and persecution in their native countries, were seeking to cross into Europe on rubber dinghies to start new lives.

In 2019, a total of 29 migrants lost their lives between Jan. 1 to July 22 due to harsh conditions at the sea. This year, the tally reached 35 during the same period.

According to the Coast Guard Command, 12,609 irregular migrants, trying to cross to Greece, were held between Jan. 1 and July 22. Over 880 migrants were held from July 1 to July 22.

Greece's response to those trying to enter the country without prior authorization has been harsh, with at least three migrants having been killed by the Greek security forces along the land border with Turkey. Many others have been battered and teargassed.