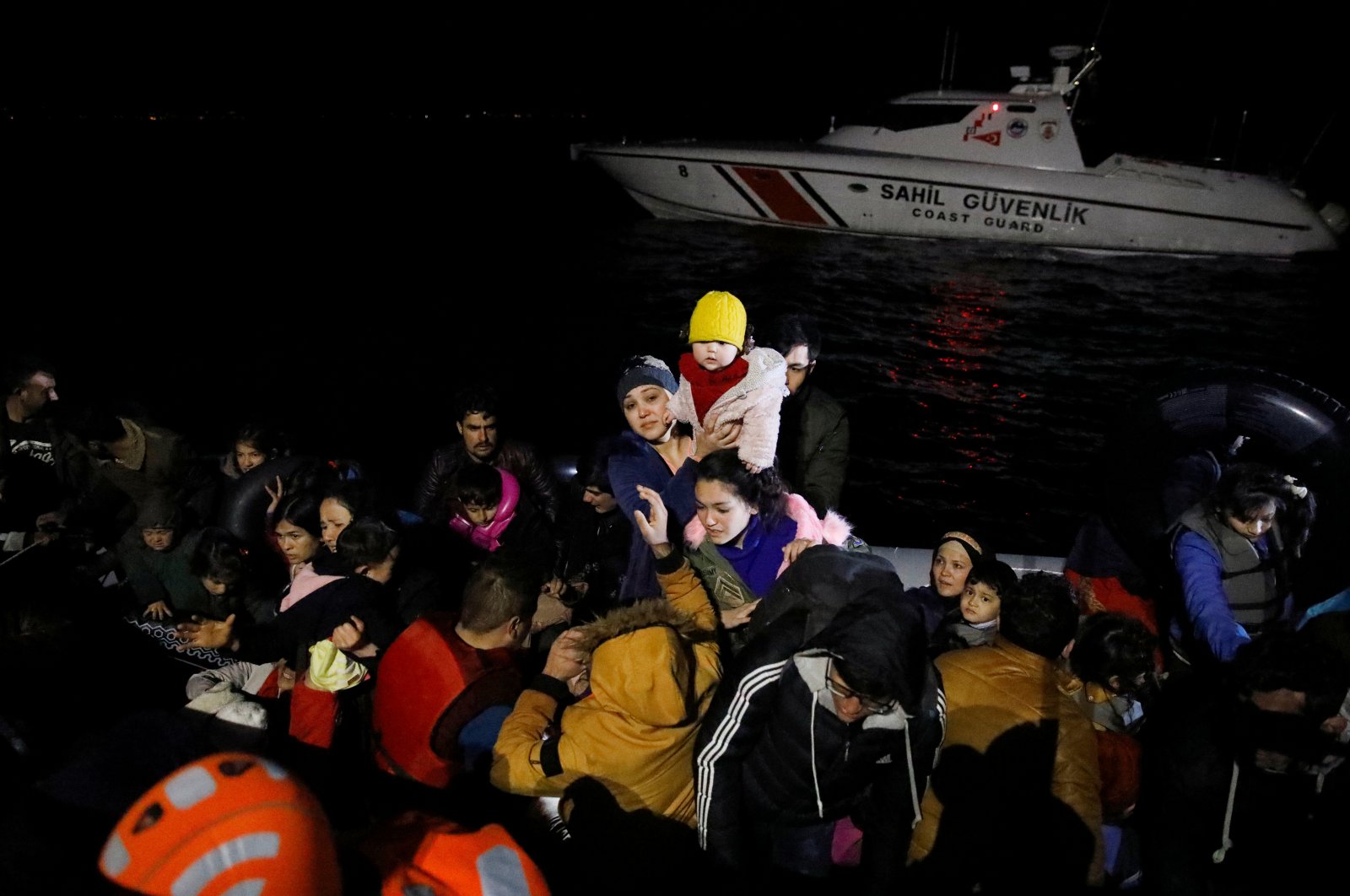 Migrants board a Turkish coast guard vessel following a failed attempt to cross to the Greek island of Lesbos, on the waters of the North Aegean Sea, off the shores of Çanakkale, Turkey, March 6, 2020. (Reuters Photo)
by daily sabah
Jun 29, 2020 10:39 am

Turkish Coast Guard Command rescued 35 migrants and are still searching for four others after their boat capsized off the coast of Ayvalık, reports said Monday.

The rubber boat carrying the migrants was punctured by the Greek coast guard, who also removed the fuel tank and pushed the migrants toward the Turkish coast, Demirören News Agency (DHA) reported, citing testimony from rescued migrants.

Turkish coast guard units mobilized after reports of the boat sinking about 1.5 kilometers (1 mile) west of Çıplak Island in the Aegean Sea.

Turkish officials have said that the Greek coast guard has attempted to sink boats carrying migrants and refugees toward the Greek islands, opening fire and hitting the people on the boats with long sticks.

Turkey and Greece have been key transit points for asylum-seekers, refugees and migrants seeking to cross into Europe to start new lives, especially those fleeing war and persecution. Turkey earlier this year opened its gates for irregular migrants wanting to cross to Europe, accusing the European Union of failing to keep its promises under a 2016 migrant deal.

Thousands of Europe-bound migrants and asylum-seekers flocked to the Turkish-Greek border late February and March after the Turkish government said it would no longer prevent migrants from trying to cross over to Greece.