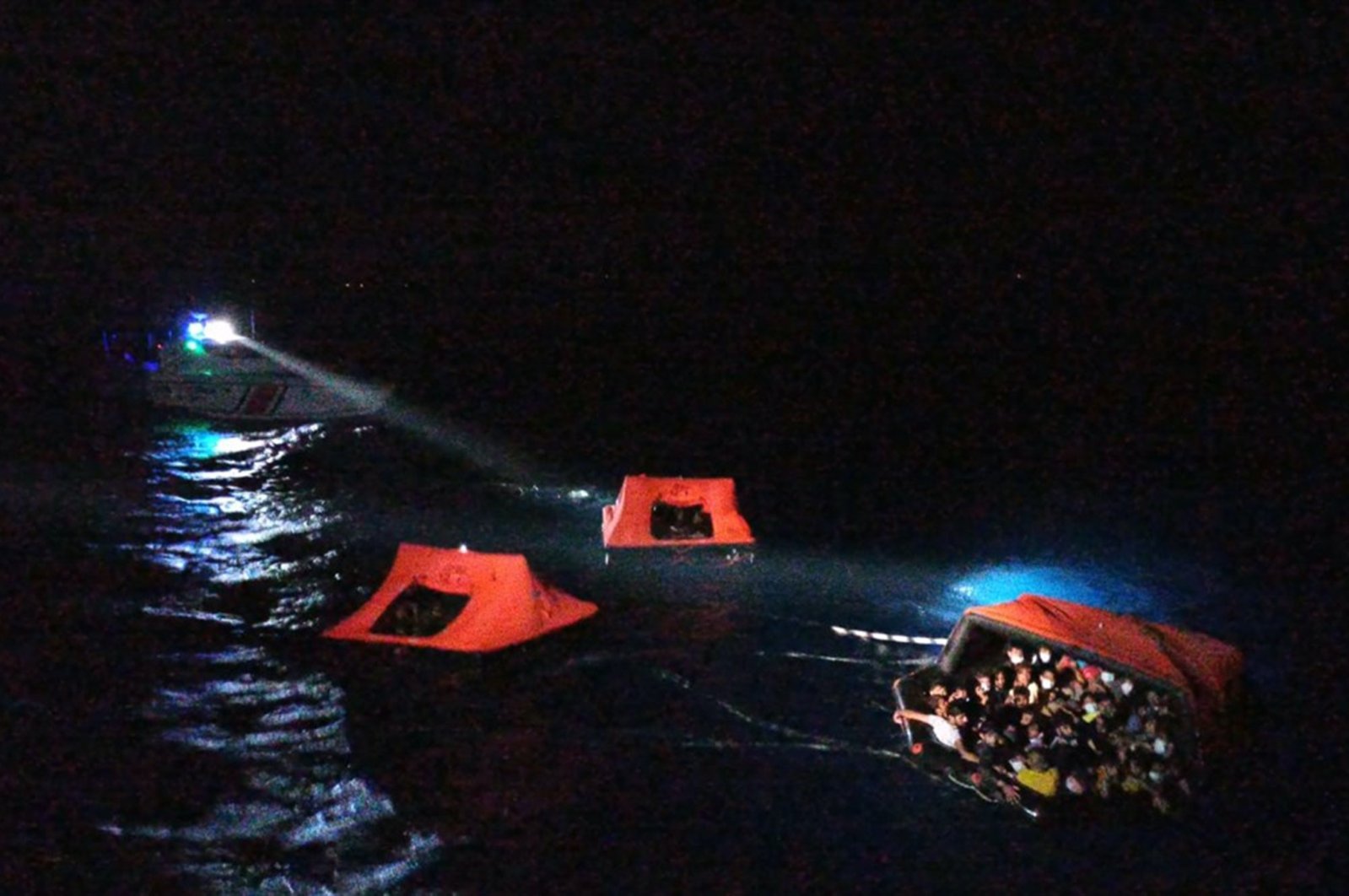 In this picture, 83 migrants who were pushed back by Greek coastal authorities into Turkish waters off the Aegean coast, can be seen being rescued by the Turkish Coast Guard, August 14, 2020. (IHA Photo)
by DAILY SABAH WITH AA Aug 14, 2020 9:42 pm
RECOMMENDED

The Turkish Coast Guard on Friday rescued 83 migrants who were pushed back by Greek coastal authorities into Turkish waters off the Aegean coast, according to security sources.

The coast guard team was dispatched to an area off the coast of Datça district in southwestern Muğla province after receiving information that the asylum seekers were stranded on a dinghy. They were brought to the shore on a coast guard vessel before being transferred to the provincial migration office.

Turkey plays a vital role for asylum-seekers trying to reach Europe in order to start new lives. The country opened its gates earlier this year to migrants seeking to cross to Europe, accusing the European Union (EU) of failing to keep its promises under a 2016 migrant deal.

Turkish officials criticize the Greek coast guard and forces for their barbaric treatment of migrants and refugees.

40 more migrants were rescued by Turkish authorities on Wednesday.

The coast guard team was dispatched to the area off the coast of Kuşadası district in Aydın province after receiving information that asylum seekers were stranded on a dinghy.

On Tuesday, Greek forces opened fire on a boat, injuring three people on board, including two Turkish nationals and a Syrian national.

The interior minister noted that FRONTEX and Greek officials sink boats, remove their fuel tanks and unlawfully push migrants and refugees back into Turkish territorial waters.

He added that sometimes they call Turkey's Coast Guard Command to rescue the migrants after pushing them back.