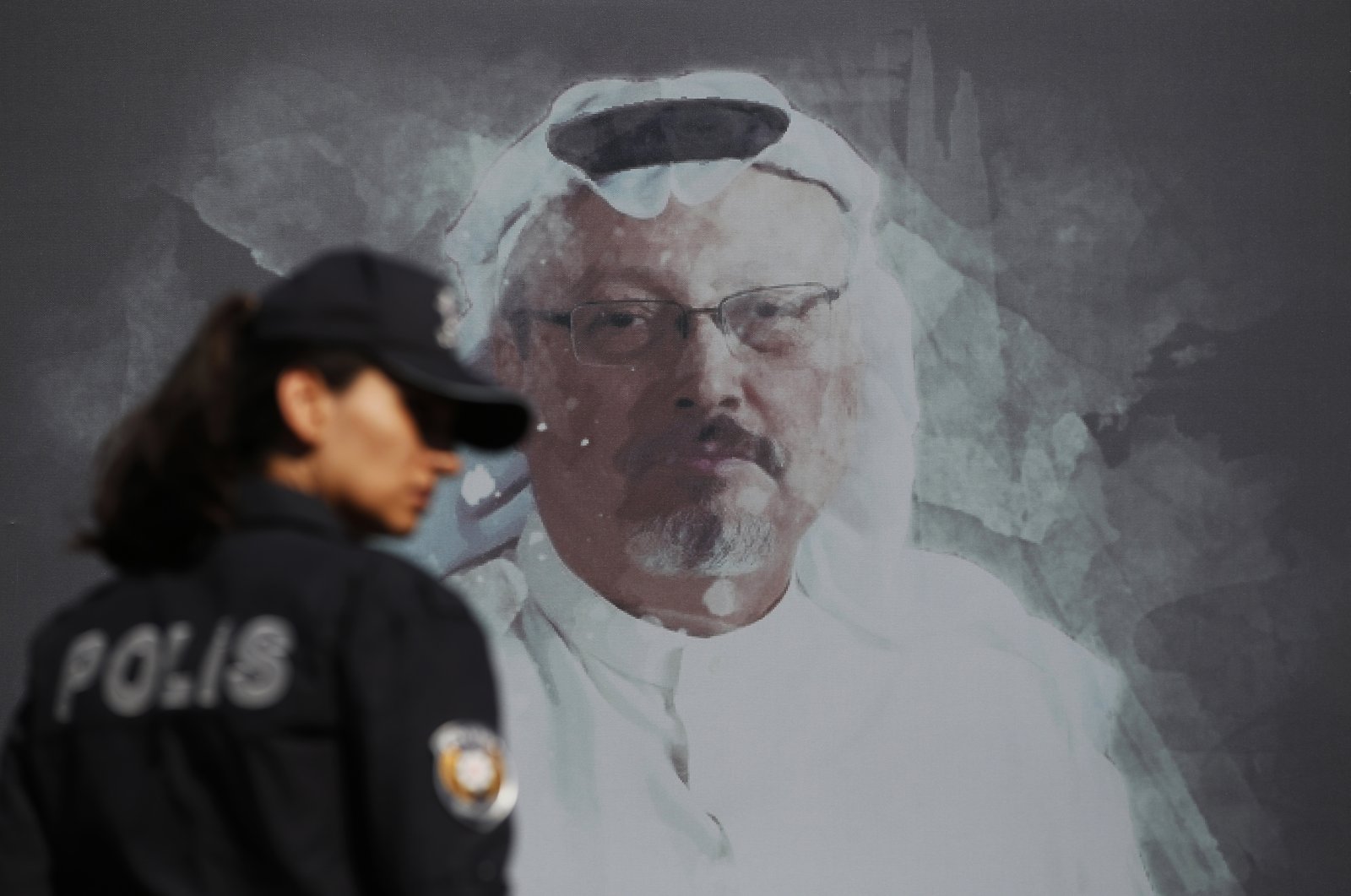 A Turkish police officer walks past a picture of slain Saudi journalist Jamal Khashoggi prior to a ceremony, near the Saudi Arabia consulate in Istanbul, marking the one-year anniversary of his death, Oct. 2, 2019. (AP Photo)
by Anadolu Agency Apr 12, 2020 12:24 am
RECOMMENDED

A Turkish court on Saturday accepted an indictment on the 2018 killing of Saudi journalist Jamal Khashoggi in the Saudi Consulate in Istanbul.

The 117-page indictment prepared by Istanbul prosecutors accusing 20 Saudi nationals of involvement in the gruesome premeditated murder was accepted by Istanbul's Heavy Penal Court No. 11.

Khashoggi, a columnist for The Washington Post, was killed and dismembered by a group of Saudi operatives shortly after he entered the country's consulate in Istanbul on Oct. 2, 2018.

His body was never recovered.

Khashoggi, according to reports by the U.N. and other independent organizations, was very likely killed on orders of Saudi Crown Prince Muhammad bin Salman (MBS).

The indictment states that suspect Mansour Othman M. Abbahussain, working as a major general and intelligence officer in Saudi Arabia, was tasked in the office of MBS and was instructed by Ahmed Bin Mohammed al-Asiri to bring Khashoggi back to the country and to kill him if he resisted. It added that Abbahussain assembled a 15-man hit squad, including himself, for the murder.

He also distributed tasks among the squad, separating them into three groups: intelligence, logistics, and negotiation.

Abbahussain also determined the place to meet Khashoggi as the working office at the Istanbul consulate and made plans for all contingencies before, during, and after the deed.