Turkish Cypriots vote in 2nd round of presidential elections 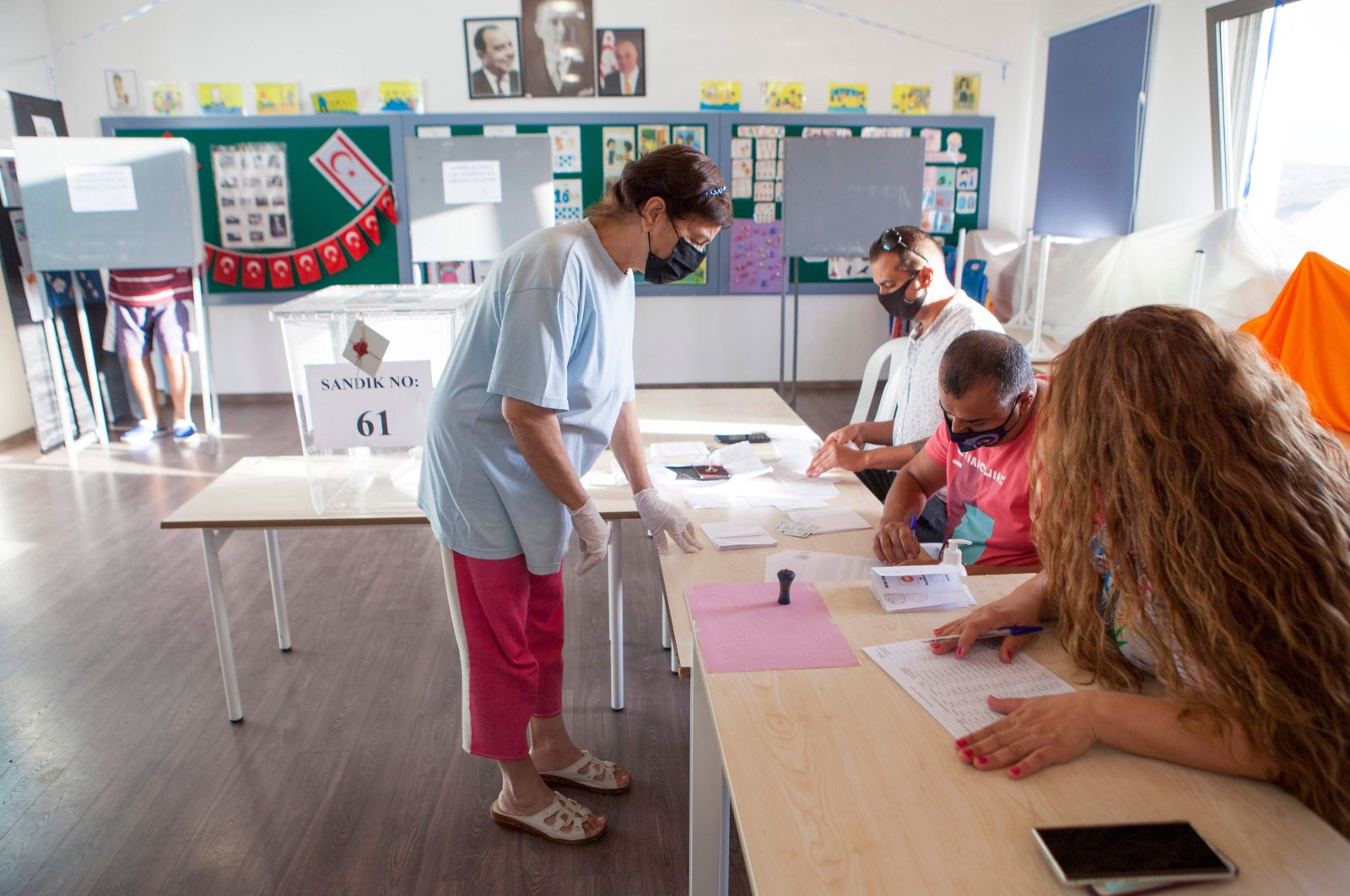 A resident of the Turkish Republic of Northern Cyprus (TRNC) casts her ballot at a voting station in the northern part of Nicosia (Lefkoşa) during the second round of the presidential election, Oct. 18, 2020. (AFP Photo)
by DAILY SABAH Oct 18, 2020 11:46 am
RECOMMENDED

The people of the Turkish Republic of Northern Cyprus (TRNC) voted for a second time Sunday in a leadership runoff to choose between Prime Minister Ersin Tatar, who favors closer ties to Ankara, and incumbent President Mustafa Akıncı, who supports a federalist solution in the island.

Sunday's second-round ballot was triggered after both Tatar and Akıncı failed to secure more than 50% of the votes in the first round. Tufan Erhürman, a fellow Social Democrat, came in third last time around.

Tatar edged out Akıncı in the first round of voting by less than 3 percentage points. Akıncı appears to have an edge after clinching support from the third-place candidate.

Akıncı, 72, the fourth president of the TRNC and in office since 2015, supports a federalist solution on the island of Cyprus in line with United Nations' initiatives. He believes such a resolution could be efficient in solving other regional problems too, particularly tensions in the Eastern Mediterranean.

Current Prime Minister Ersin Tatar of the National Unity Party (UBP), 60, who has also served as finance minister, on the other side, seeks a two-state outcome and expresses a standing that is closer to Turkey when compared with]

Akıncı and Erhürman. Although he does not directly oppose a federalist solution, Tatar believes that tying hopes to such a plan is not realistic, considering the TRNC's complex past with the Greek Cypriot administration.

The 738 polling stations were due to close at 6 p.m., while the results are expected to be announced two hours later.

Tatar urged voters to get out and beat the first round’s record-low turnout, reminding that only around 58% participated in the vote on Oct.11.

“The important thing is to reflect our will and send out a message to the world," Tatar said after voting.

“It is of importance that a president, who will be chosen for five years, is chosen with the people’s will and a high turnout,” Tatar added, saying that Turkish Cypriots must make the right decision and choose an integrating, conciliatory president that allows them to look to the future with hope.

The polls come amid an economic crisis deepened by the COVID-19 pandemic, which has largely shuttered the tourism sector and led to the closure of Ercan International Airport in the north and crossing points to the south.

The stakes have soared as a battle over energy rights in the Eastern Mediterranean has intensified over the last year.

As well as having an impact on inter-island talks, the result of the TRNC election may influence negotiations over the contested maritime claims in the Eastern Mediterranean, which has Turkey at odds with Greece and the Greek Cypriot administration.

A first test for the winner will be a meeting with the Greek Cypriot administration and Cyprus’ guarantors – Greece, Turkey and Britain – that U.N. Secretary-General Antonio Guterres is expected to host. The aim will be to figure out if there’s enough common ground to restart dormant peace talks.