'Turkish Cypriots want a president on good terms with Turkey' 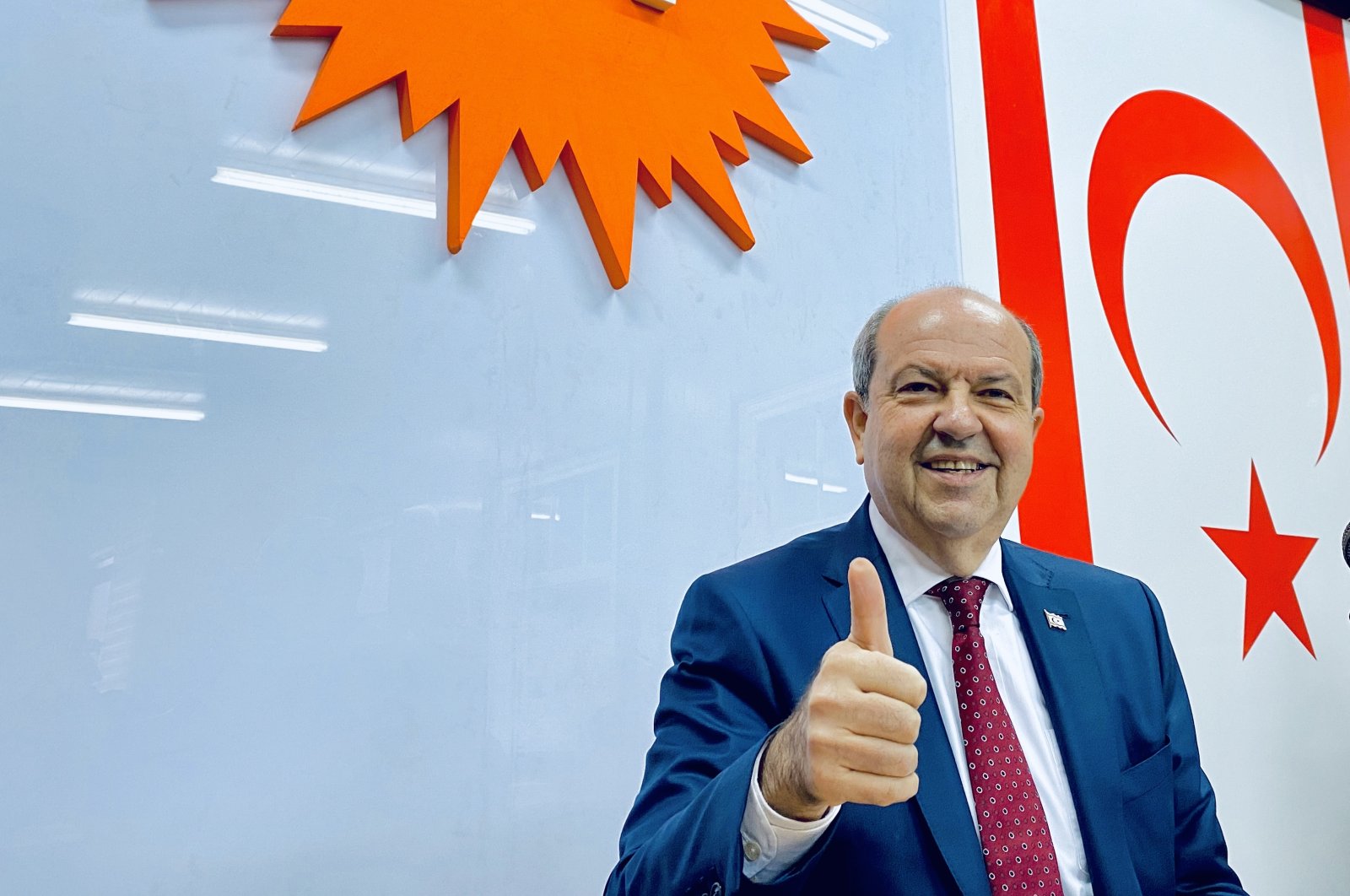 The majority of participants in the survey said they will vote for Ersin Tatar. (DHA File Photo)
by Daily Sabah with DHA Jul 28, 2020 1:35 pm

Turks on the divided island of Cyprus are preparing for a presidential election on Oct. 11, and many are demanding a president that will have close relations with Turkey

Turkish Cypriots want a president that will be on good terms with Turkey, a report by Demirören News Agency (DHA) showed on Tuesday.

According to a survey mentioned in the report, 84.9% of Turkish Cypriots would like a president that will have close relations with Turkey as the Oct. 11 elections in the Turkish Republic of Northern Cyprus (TRNC) looms.

DHA said in the report that only 10.5% of Turkish Cypriots participating in the survey think that “the future president does not have to be on good terms with Turkey.”

The survey conducted by Gezici Research and Polling Company included 4,630 people participating in person. According to the survey, the majority of Turkish Cypriots believe that incumbent Prime Minister Ersin Tatar will become the next president.

A Cambridge communications graduate, Tatar’s political career gained momentum back in 2009 when he became the finance minister of the TRNC. He has been prime minister of the country since May 2019 and is also the head of the National Unity Party, the national conservative party founded in 1975.

Some 33.5% of Turkish Cypriots participating in the survey said that they will vote for Tatar while 29.1% chose incumbent President Mustafa Akıncı for another term as 15.1% said they will vote for main opposition leader Tufan Erhürman.

Erhürman leads the center-left Republican Turkish Party (CTP). He has been a TRNC deputy since 2013 and head of the CTP since 2016. He became the prime minister of the TRNC in 2018 and remained in the office until May 2019.

Turkey's role as a guarantor on the island's northern part, established by the 1960 London and Zurich Treaties has been in effect since its intervention against a 1974 military coup aimed at Cyprus' annexation by Greece.

Some 83.6% of Turkish Cypriots said in the survey that Turkey's guarantorship “should continue as is,” while 5.9% said “it should be ended” and 5.5% of them said that the “European Union and the United Nations should be guarantors."

Turkey's intervention as a guarantor power in 1974 had stopped yearslong persecution and violence against Turkish Cypriots by ultra-nationalist Greek Cypriots. The Turkish Republic of Northern Cyprus (TRNC) was founded in 1983.

The decades since have seen several attempts to resolve the Cyprus dispute, all ending in failure. The latest, held with the participation of the guarantor countries, came to an end with no signs of progress in 2017 in Switzerland.

'Ghost town should be opened'

Some 82.6% of participants of the survey said that the “ghost town” of Varosha, abandoned for the last 46 years, should be opened.

Varosha was a famous resort region in Cyprus which boasted a capacity of 10,000 beds across more than 100 hotels; however, it has been closed since 1974. That same year, Turkish military forces intervened on the island following a Greek-inspired coup.

The coup followed a decadelong inter-ethnic period of violence and terrorism targeting Turkish Cypriots, who were forced to live in enclaves when Greek Cypriots unilaterally changed the constitution in 1963 and stripped the island's Turks of their political rights.

The city is protected by a 1984 U.N. Security Council resolution, stating that the empty town can only be resettled by its original inhabitants. If the Greek Cypriots had accepted the 2004 U.N. Annan plan for the reunification of the island, Varosha would now be back under Greek Cypriot control and the residents would have their homes back.

Over 50% of participants said that Akıncı “has failed to conduct diplomacy,” and 28.8% said “he was successful” in foreign affairs.

According to the survey, 64.7% of participants consider Akıncı's statements regarding Turkey “bad” while 23.2% think they are “good.”

Akıncı has been previously criticized for his anti-Turkey statements, claiming that the TRNC would be “swallowed up as a de facto Turkish province” if it fails to reunify with the Greek Cypriots.

Originally an architect, Akıncı’s political career began with his mayorship of the Turkish side's capital province of Nicosia, which lasted for 14 years. He was a member of the Communal Democracy Party, which was founded in 2007 with an emphasis on social democracy and a united Cyprus, resigning from this position in 2014. In 2015, Akıncı ran in the presidential elections as an independent candidate and won after receiving 60.5% of the second round of votes. During his presidency, he has emphasized the resolution of the Cyprus issue and restarted negotiations with Anastasiades.