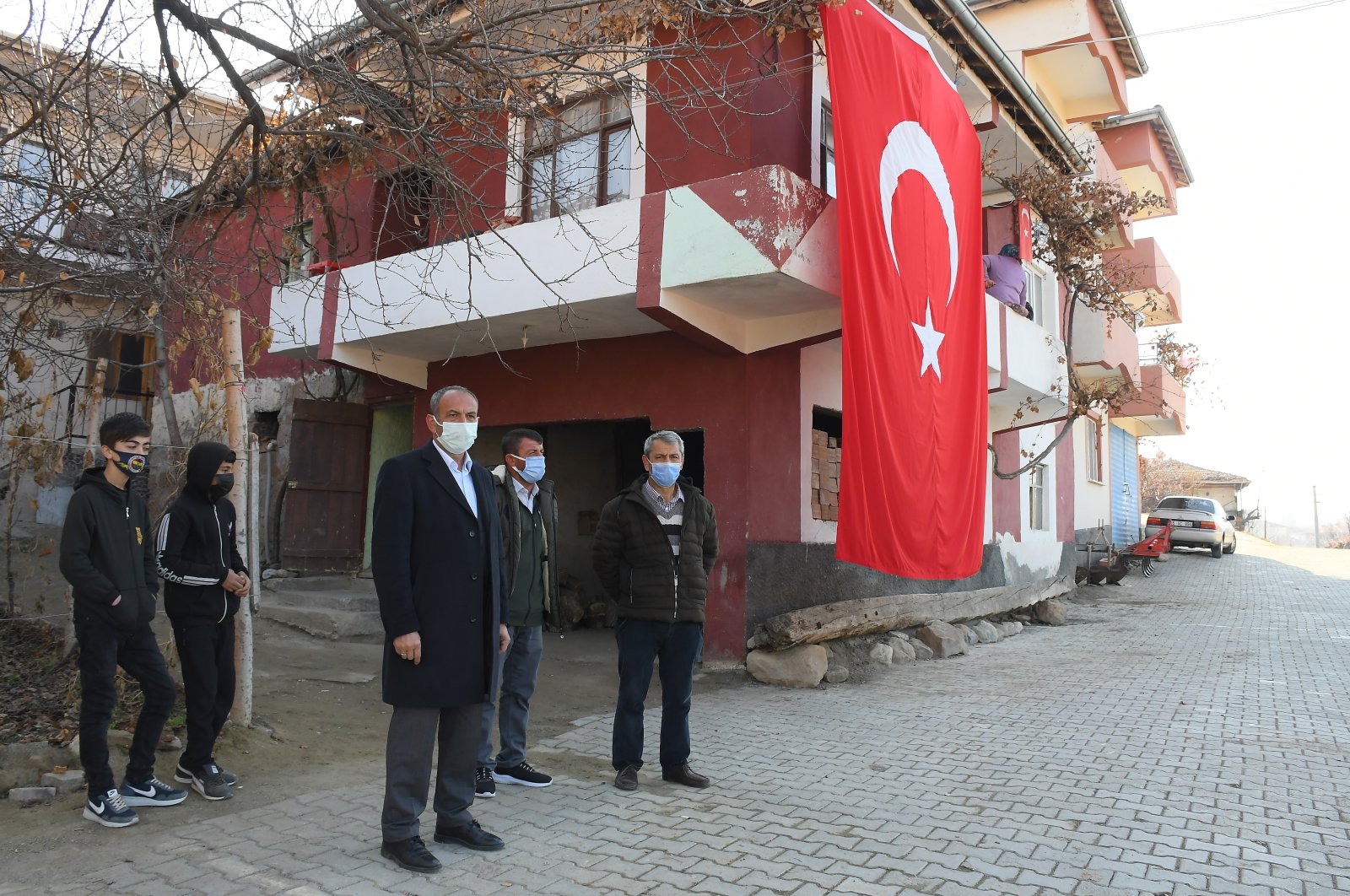 Turkish families in the northern province of Çorum and the capital Ankara are mourning for their loved ones who lost their lives in Saturday's deadly terror attack in Somalia.

A suicide bomber carried out the attack that killed five people, including two Turkish nationals Selami Aydoğdu and Erdinç Genç, the employees of a Turkish company in the Somalian capital Mogadishu, and injured several others.

Genç, 44, a father of three, was rushed to the Recep Tayyip Erdoğan Hospital in Mogadishu for treatment but succumbed to his wounds.

His wife, Melek Genç, told Anadolu Agency (AA) that the area where her husband was working was guarded by soldiers.

“When I could not reach my husband (via phone), we turned on the TV, and on the news, we learned that there was a terrorist attack in the place where my husband was working. Later, we learned from our other acquaintances that my husband was injured and rushed to the hospital. Then the bitter news came,” she said.

Selami Aydoğdu, 22, got married just six months before the incident.

Ömer Aydoğdu, the father of Selami Aydoğdu, was also injured in the attack.

Arzu Han, Selami Aydoğdu’s mother-in-law, told AA that he was a very kindhearted person, and they were grieving his loss.

Stressing that her daughter and Selami Aydoğdu had been in love since childhood, she said her daughter is currently taking anti-anxiety medication to cope with the loss.

Zafer Han, his father-in-law, described him as “a perfect, cheerful and hardworking child,” adding that his daughter, Irem, did not want her husband to go to Somalia. He said they last spoke to him on the phone on Friday.

Four workers who were injured in the incident and the bodies of the deceased were brought back to Turkey by a Turkish Airlines (THY) plane.

Ömer Aydoğdu told reporters at the Istanbul Airport that the attack took place while they were paving asphalt.

“We were working together, father and son. I lost my son in the attack. It’s such great pain,” he said, adding that there were other Turks working there who were in safer positions when the attack began.

“We witnessed the terrorist attack. My situation is a little better, but my friend’s is more severe. We lost our brothers; it is very sad. I wish it did not happen, but there is nothing to do,” said Yavuz Ercan, another injured worker.

The bombing took place in the village of Lafole, located some 22 kilometers (13 miles) southwest of the capital Mogadishu.

In a statement, the Turkish Foreign Ministry said on Saturday that the attack took place near the Mogadishu-Afgoya road construction project, which was funded by the Qatari government and conducted by a Turkish company.

Pledging solidarity with the Somalian government and people, the Foreign Ministry also condemned the attack, which was claimed by the al-Qaida-linked al-Shabab terrorist group.

This is the second time a road project has been attacked by the al-Shabab. In January last year, a bomb-laden vehicle exploded in Afgoye, killing at least 15 people and wounding dozens, including several Turkish citizens. The attack temporarily halted the project, which recommenced a few months ago after security was improved.

A group of Turkish engineers was also among those caught in a blast that killed at least 90 people at a checkpoint in Mogadishu in December 2019.

Inaugurated in 2017, the Turkish base in Somalia is Ankara’s biggest overseas military training base and among the largest foreign-run military centers in the war-torn country. Turkey is also one of Somalia’s closest foreign partners and is among several nations training soldiers to take over from the African peacekeeping force, AMISOM, whose troops are set to leave the country this year after 14 years.

Apart from its diplomatic and military presence, Turkey also carries a remarkable burden in Somalia when it comes to engaging in humanitarian activities. From combating famine and achieving improved health care to investing in agricultural development and renovating dilapidated roads in Mogadishu, the country has participated in numerous projects in Somalia. Turkey also provided generous scholarships to Somalian students, built schools and implemented many public services development projects across the country. During the coronavirus pandemic, since the first case of the virus was confirmed in Somalia on March 16, 2020, Turkey has sent four planes full of medical equipment, including intensive care unit (ICU) beds, ventilators, personal protective equipment (PPE), surgical face masks, face shields and other useful materials, to the country.