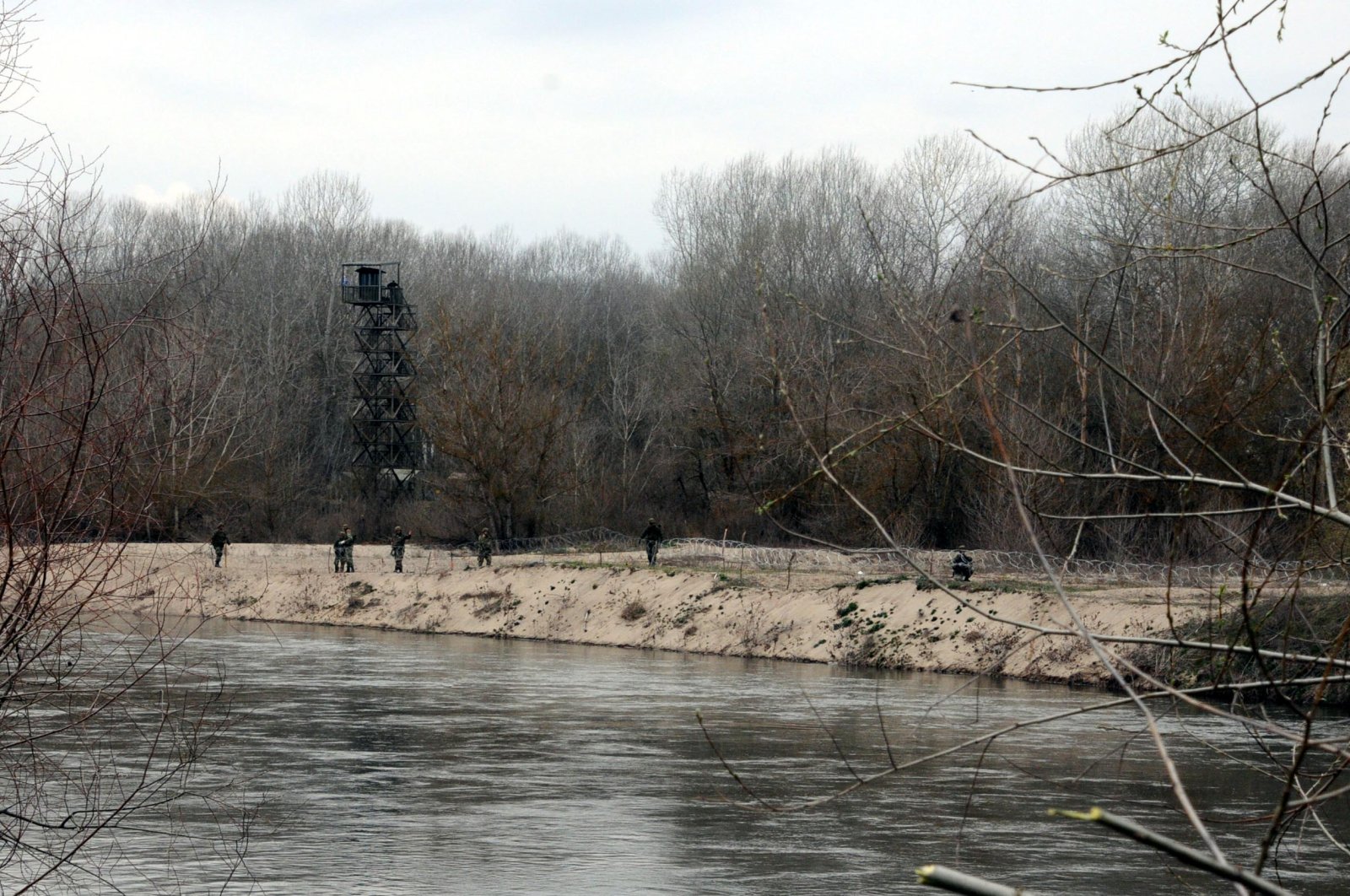 A Turkish fisherman saved an Iranian migrant who was trying to cross to the Greek border in Edirne and was forced by Greek guards to jump into the Maritsa River.

The immigrant was crossing the border from another side but was blocked by Greek border security. He was forced to jump into the river. While Greek guards watched him struggling for his life a Turkish fisherman came to the rescue. The immigrant was unconscious but came to life after the intervention of Turkish soldiers.

As it turned out, the Iranian immigrant with his wife and two children were trying to reach Greece on a rubber boat they had launched into the Maritsa River but were stopped by Greek soldiers.

Drowning in the river, the immigrant struggled for his life, while his children and wife began to shout in panic. One of the children wanted to help his father but was taken out of the river by other immigrants.

After watching the man almost drown and then later saved by Turks, the Greek border security sent his wife and children out from the Greek territory.

The fisherman who didn’t want to reveal his name said that he was fishing in the Maritsa River when he heard shouting. “A frightened man chased by the Greek soldiers threw himself into the river. When he got caught in the stream, he started to drift. Greek soldiers and police did not intervene,” said the fisherman.

According to the fisherman, the immigrant who had been in the water for about five minutes wallowed to avoid drowning.

“I immediately got on my boat and went to the Greek side. I grabbed him and brought him to our side. He was unconscious. Turkish soldiers came with an ambulance and brought the migrant back to life,” he added.

Thousands of migrants try to find a way across Turkey's land border into Greece, which has made it clear that its borders will remain closed.

Turkish authorities announced that they would no longer prevent the flow of migrants who wanted to reach Europe.