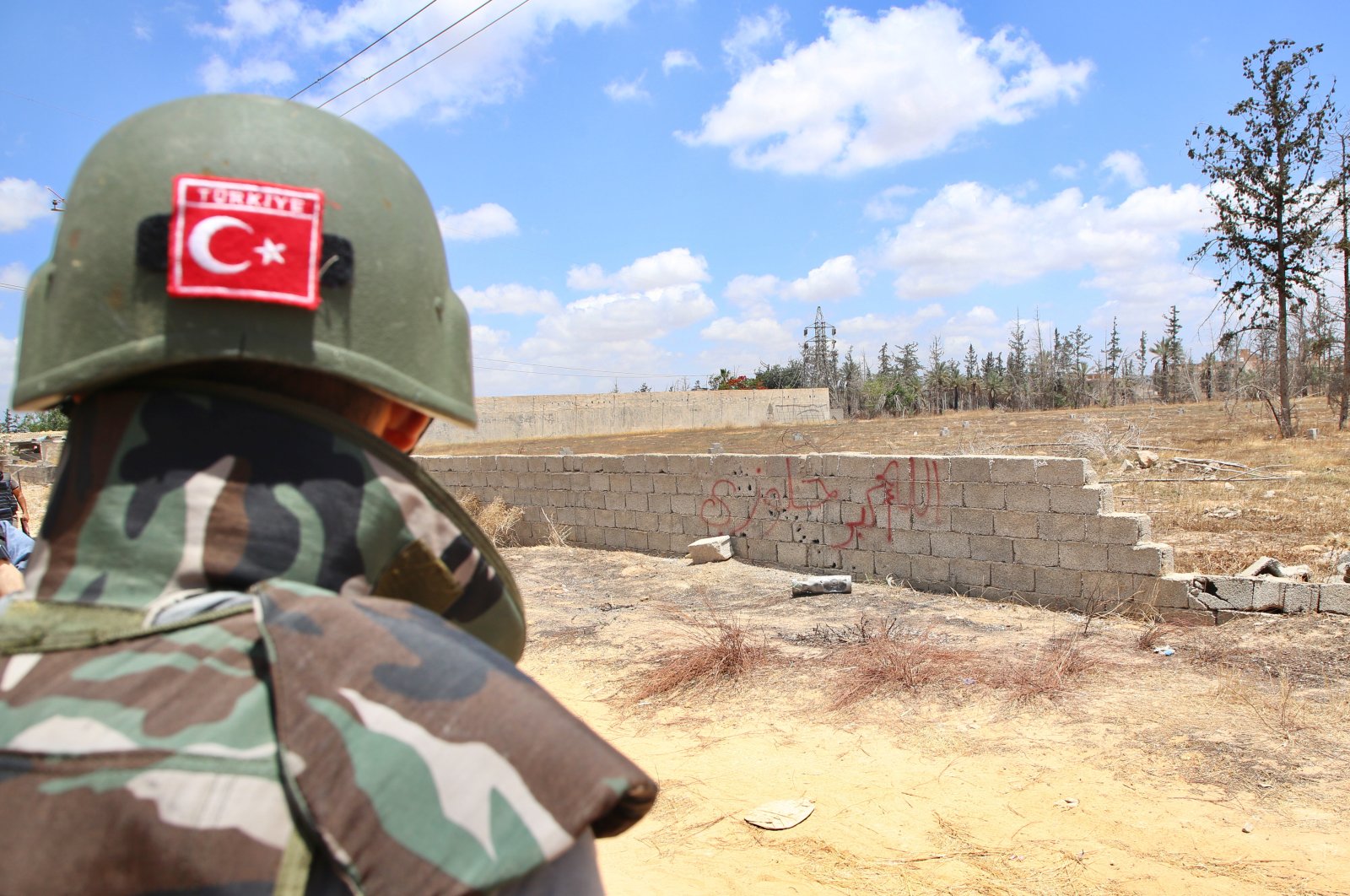 The Turkish army's bomb disposal units have been defusing explosives planted by putschist Gen. Khalifa Haftar in Libya's capital Tripoli, thus enabling the safe return of civilians to their homes.

The bombs were defused by teams in collaboration with the Turkish Air Forces.

The mines and explosives planted in the surroundings are made from a specific type of wiring, which is very hard to detect, and are placed near houses and doorways.

Some of the bombs had a high explosive impact and are said to have originated from former Soviet countries, said experts.

The teams took extra care for their own personal safety and ensuring buildings remained intact during controlled explosions.

The Libyan Army has reportedly also found anti-personnel and anti-tank mines hidden in a house.

Mercenaries working with Russian security firm Wagner had to retreat to the country's east after being defeated in Tripoli, leaving mines and explosives in their wake.

A house in Salahaddin province was found with insults scrawled on the walls in Russian. One of them said "Zenit Champion," in honor of the St. Petersburg side.

The house contained many traces of the mercenaries' presence, including two mines planted in the kitchen. One of these was an anti-personnel mine, while the other was an anti-tank device, which has the power to bring an entire house down, bomb experts said.

The Wagner security firm belongs to Yevgeny Prigozhin, who is known by the nickname "Chef," as he is responsible for catering in the Kremlin Palace.

The firm is known for sending mercenaries to Syria, Ukraine, Libya and a number of African countries.

Wagner's name cropped up often in regard to Russia's illegal annexation of Crimea and Moscow's support for separatist movements in eastern Ukraine.

According to U.N. reports, Wagner has more than 1,000 mercenaries working for Haftar in Libya.

In the last 10 days, mines and explosives planted by Haftar militias have claimed at least 30 civilian lives and wounded over 41, according to Libyan army's Rage Volcano Operation press office.

The Libyan government says Haftar's militias are planting explosives banned by international agreements in civilian settlements, and they should be charged and "put on trial for war crimes."

Since the discovery of various civilian mass graves in Tarhuna province, which was controlled by Haftar's militias, the Libyan government said Haftar should be investigated "on the grounds of planting explosives, mines in civilian areas, executions, distorting bodies, torture" and called on the international community to respond.