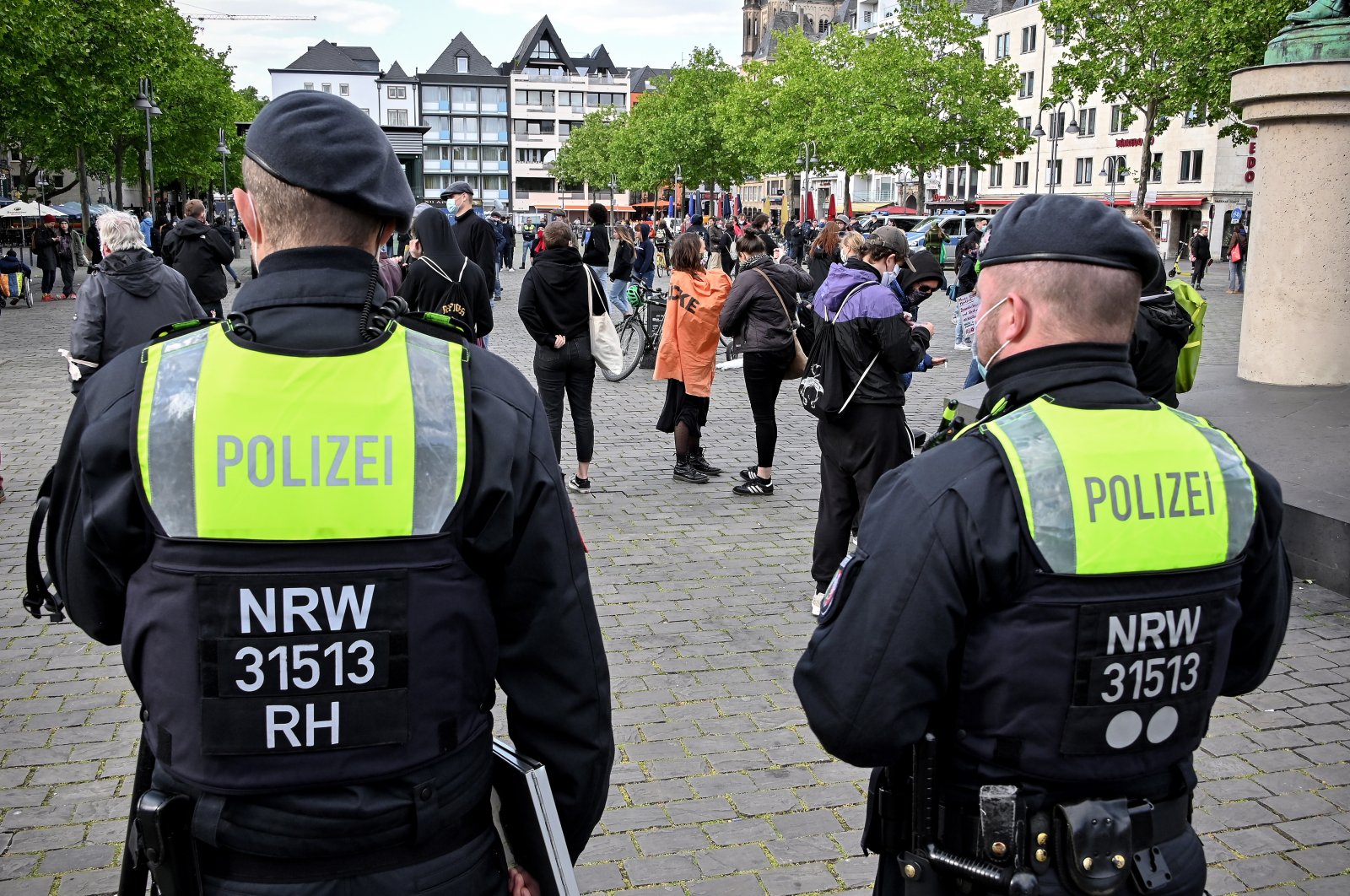 Police officers observe demonstrators during a gathering on the Heumarkt in Cologne, Germany, 11 May 2020. (EPA Photo)
by DAILY SABAH May 12, 2020 9:55 am
RECOMMENDED

The smell was already noticed Friday afternoon in the outdoor area, a local newspaper reported Sunday. However, the acid attack was only discovered Saturday afternoon.

Members of the association stepped away because of the unbearable smell and immediately alerted the fire department. Several containers were found in the room where the smell originated. The report noted that the containers, which were apparently filled with butyric acid, were probably thrown through a tilted window.

The local police secured the area and sealed off the building. The state security unit of Bielefeld took over the investigation.

The association is left to deal with the consequences of the attack by itself. The acid must be cleaned out by specialists as inhaling the butyric acid vapors can severely damage the airways and cause nausea, vomiting and other symptoms. The premises will remain closed until the cleaning procedures are completed.

The report noted that the Turkish community is upset over the attack and at a loss as to why this has been done. The local mosque in the area has been alarmed as well.

Germany is home to some 12,700 potentially violent far-right radicals, according to the Federal Office for the Protection of the Constitution (BfV) domestic intelligence agency. A Civey poll last year revealed that 60% of Germans think the government is "doing too little" to tackle the problem. As a result, racist attacks targeting Muslims and immigrants have been on the rise in the country.