Turkish-German mother calls on authorities to save daughter from PKK 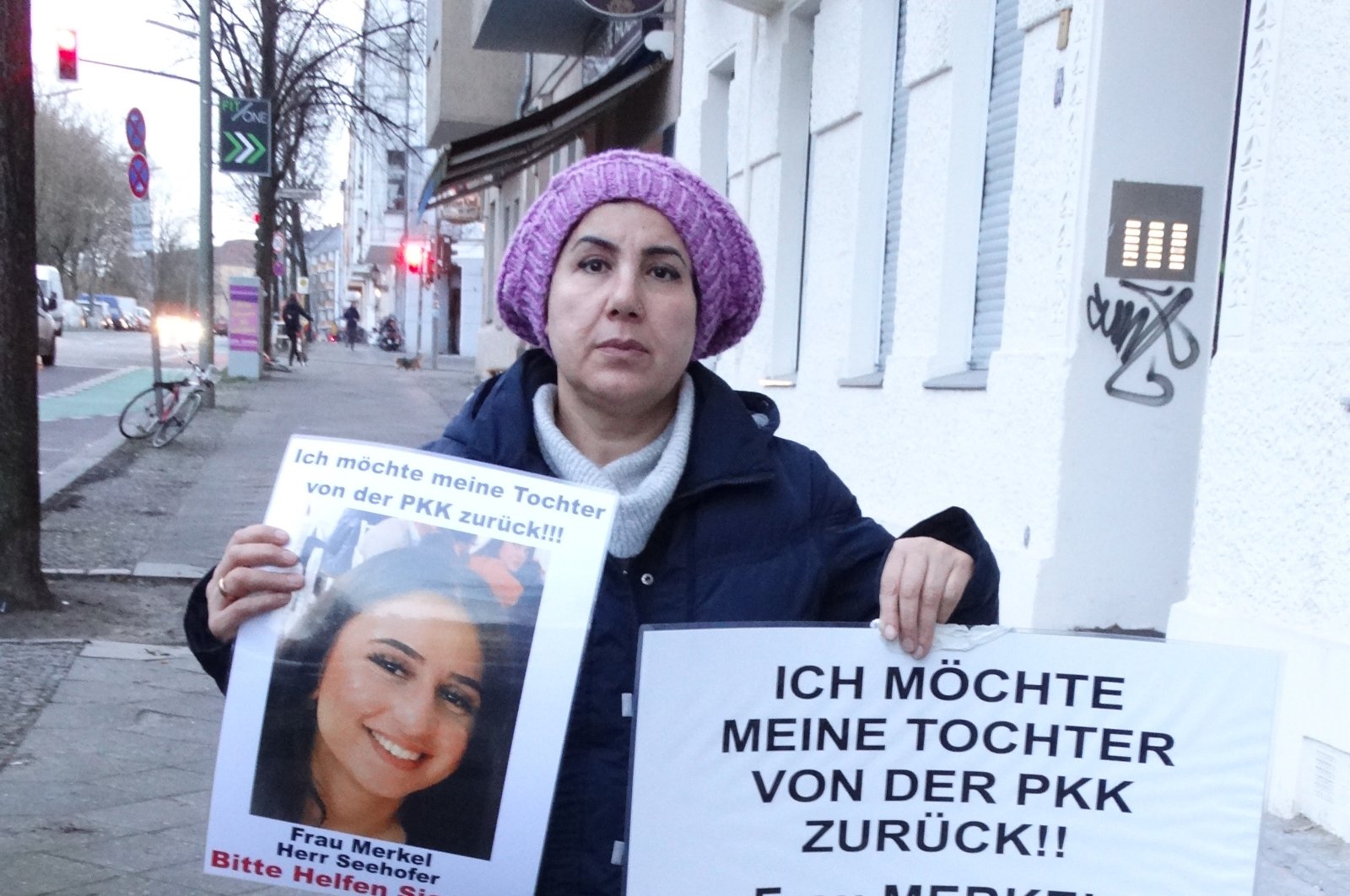 Maide T. stages a protest outside the German Chancellery, demanding the return of her daughter who was forcibly recruited by PKK terrorists, Berlin, June 14, 2020. (DHA)
by Daily Sabah with DHA Jun 14, 2020 2:20 pm
RECOMMENDED

A German-Turkish mother on Sunday continued her protest outside the German Chancellery, demanding the return of her daughter who was forcibly recruited by PKK terrorists.

Expressing that she is trying for her voice to be heard by the German authorities, Maide T. said that there are many mothers who are suffering from similar PKK brutalities and yet fail to come to the forefront out of fear.

"I know that children of many families around Berlin recruited by the PKK, maybe 50, maybe 100. However, they are refraining from going public and ask for their children. Maybe they have been threatened. I also came across a similar stance. However, I have my mind on this cause," she underlined.

"The number of people coming to my protests is not enough; however, I hope that more people will attend next week," she said, referring to the plague as the main reason for the lack of interest in the protests. However, in Maide T.'s opinion, the coronavirus also caused the PKK terrorists to fail in recruiting more children.

She also said that in her last protest, she realized that a German reporter was covering them, meaning that they were finally drawing some attention.

Maide T. was flanked by a group of supporters who wore T-shirts with a picture of her daughter Nilufer T. with the words "kidnapped by PKK."

The protesters held a banner saying: "Please, help me rescue my daughter from the PKK."

In late May, she called on Chancellor Angela Merkel to help her out.

"If they come under pressure, they will release my daughter within 24 hours," she said, urging German authorities to take action against the group.

"Unlike mothers in Diyarbakır, I feel lonely in Berlin," she said, underlining that still, nothing is strong enough to make her stop her protests.

"I will not stop until I reach my daughter, my aim," she emphasized.

The sorrowful mother also called on Turkish authorities to bring the issue to the table when they have talks with the German authorities the next time.